ASUS is reportedly currently preparing their latest gaming smartphone, ROG Phone 3. Check out the leaked specs and images of the gaming device. 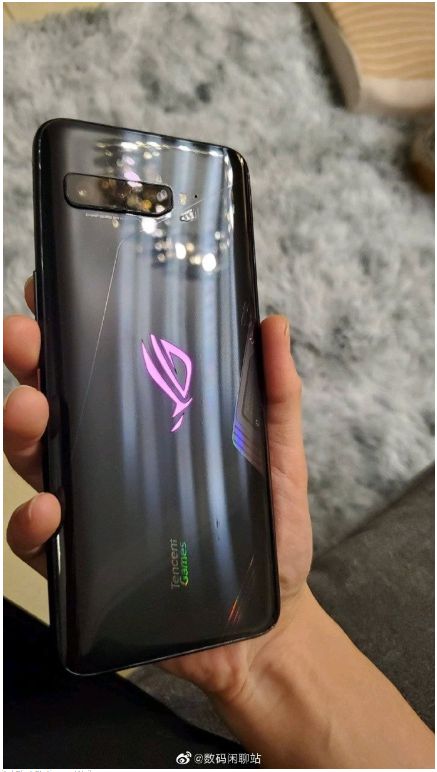 ASUS is reportedly currently preparing their latest gaming smartphone, ROG Phone 3. Leaked images of the form and its specifications have been circulating on the Chinese mobile certification site, TENAA.

Not only that, but the leak of the original form was also clearly seen in the posting of Weibo social networking account owned by leaker Digital Chat Station.

Quoting Android Authority, from the leaked image it appears that ROG Phone 3 brings a number of changes to the design aspects of the body. Other changes can be found in the number of cameras that will be present on this mobile device.

Unlike the previous generation, ROG Phone 2, which has two cameras, ASUS seems to be providing ROG Phone 3 with three rear cameras, where one of the cameras is rumoured to have a 64MP sensor.

Meanwhile, 3.5mm audio jack hole reportedly will not be found anymore on this smartphone. So users also have to use an additional adapter to connect the headset.

In terms of specifications, ROG Phone 3 is said to have a 6.59-inch AMOLED screen with Quad HD + resolution, similar to its predecessor, ROG Phone 2. Unfortunately, there is no mention of the refresh rate on this gaming smartphone screen.

For the chipset and memory, ASUS is said to be equipping ROG Phone 3 with a Snapdragon 865 chipset with 3.091GHz speed. The frequency is higher (overclocked) than the standard Snapdragon 865 speed of 2.84GHz. This chipset will be accompanied by 16GB of jumbo RAM and up to 512GB of storage media.

It’s alleged that the ROG Phone 3 will also be equipped with a large capacity battery, 6000mAh, with the Android 10 operating system that is wrapped with ROG UI interface.

Until now, the ASUS has not commented on the leaks above and are still reluctant to provide official information related to the latest generation of gaming smartphones made by them.

- Advertisement -
- Advertisement -
Share
Facebook
Twitter
WhatsApp
Telegram
Previous articleWhatsApp Prepares 3 Interesting Features For Its Web Version, What Are These?
Next articleHow To Borrow Airtime On Airtel In Nigeria