Huawei is the Best-selling ‘Notch’ Smartphone by Mid 2018

Who is the producer who managed to make the best-selling smartphone? Based on data from the research firm Sigmaintell Consulting, Huawei is the one who has the largest 'notch' smartphone sales figures during the half of 2018. Keep reading below! 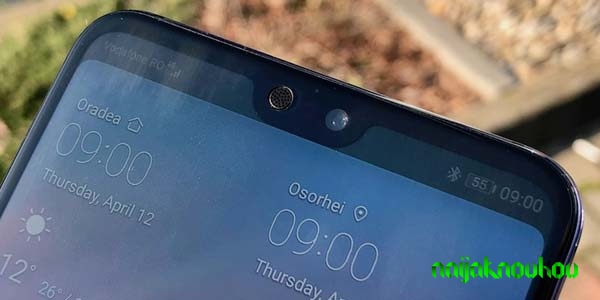 Inspired by the design of the iPhone X, the existence of ‘notch’ aka bangs on smartphones is now becoming a trend. The smartphone manufacturers seemed to be competing to make devices with such designs in order to follow the market tendency.

Who is the producer who managed to make the best-selling smartphone? Based on data from the research firm Sigmaintell Consulting, Huawei is the one who has the largest ‘notch’ smartphone sales figures during the half of 2018.

Quoting Digitimes, during the first half of 2018, there were 86.1 million units of smartphones with ‘notch’ sold. In this number, Huawei managed to sell more than 25 percent of the total.

While Apple as the first OEM to introduce ‘notch’ on its iPhone X products, is ranked second with sales of 20.7 million units by mid-2018.

If you reflect on the number of products carried, it is fairly reasonable if Huawei’s sales figures are above Apple. The reason is, Huawei is supported by several smartphone series that have a ‘notch’, plus its subsidiary, namely Honor, which also contributes to sales figures.

Unlike Apple, which until now only has one smartphone, the iPhone X. Also has a price tag that an average person can buy, unlike Huawei which has different price ranges.

In addition, these two brands can maintain their sales figures in the midst of a declining global smartphone market.

According to Sigmaintell Consulting, the number of smartphones sold by mid-2018 is estimated at 604 million units. This figure fell 3.3 percent from the same period last year.

In the second quarter (Q2) 2018, Huawei also made an impressive record. They managed to shift Apple as a producer with the second highest number of shipments of smartphones in the world.

Based on Canalys data, Huawei recorded successful shipment of 54 million units during the second quarter of this year. This achievement is behind Samsung which is ranked first with shipments of 73 million units.

While Apple has so far ‘only’ managed to ship 41 million units of smartphones and ranks third.