Surface Phone folding screen smartphone, a project Microsoft has been holding off since the summer of 2018 resurfaced. Learn more! 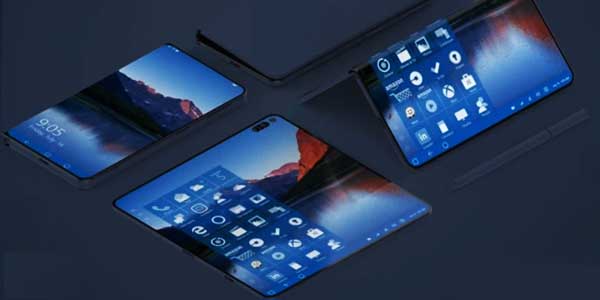 Surface Phone folding screen smartphone, a project Microsoft has been holding off since the summer of 2018, has been discussed again because the US tech giant has just made a patent for a device that can be folded.

The site of the World Intellectual Property Organization contains a patent for Microsoft called ‘Hinged Device’ or a hinge for computing devices.

Citing the German-language Windows United site, Phone Arena said that the hinges on the Surface Phone would make smartphones usable like laptops. The screen above will be the temporary main screen below which is a touch screen that contains a QWERTY keyboard.

The hinge on the Surface Phone can be rotated fully up to 360 degrees to become a smartphone function. Users can open smartphones to see notifications and others.

This Microsoft folding screen smartphone is coded ‘Andromeda Project’, but it is not yet known when they will realize the project. There is news that Microsoft will release this smartphone towards the end of 2019.