From speculations to rumours, now we finally have a chance to CMore of the new TECNO Camon CM!

TECNO CM (aka CMore) is the latest TECNO device and we are going to be unboxing and sharing an in-depth review of this smartphone. 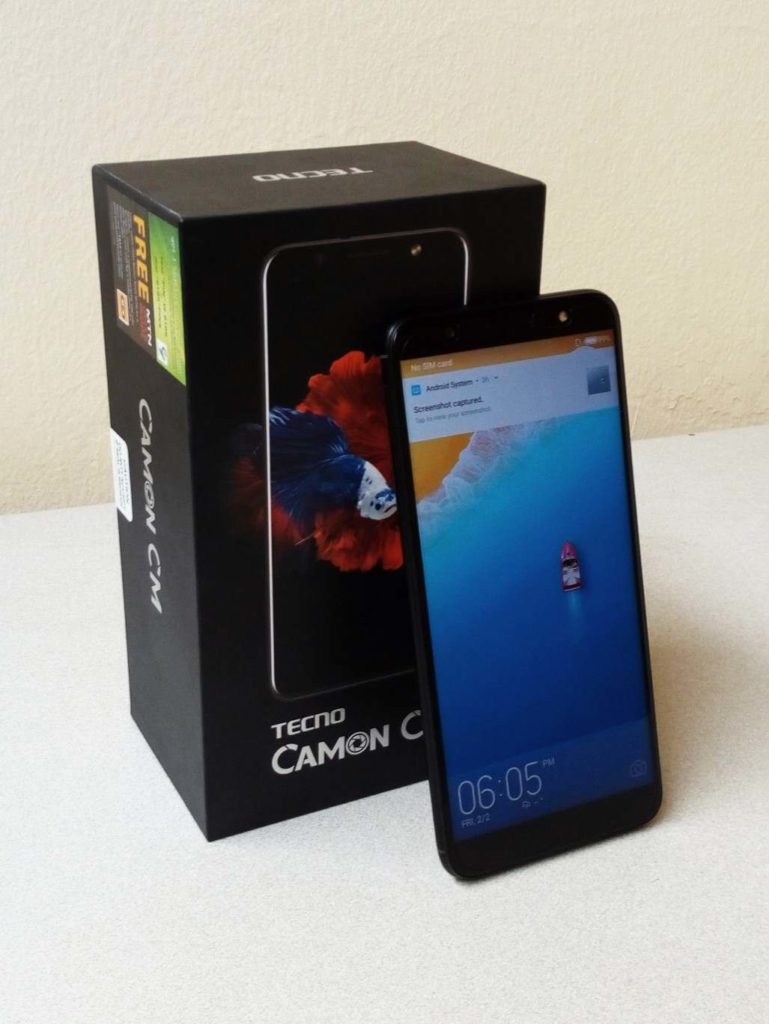 This device is the first TECNO phone released last month (January 2018). And thanks to TECNO Mobile for making this device available to us to help you get a taste of what to expect when you buy it.

So shall we begin! 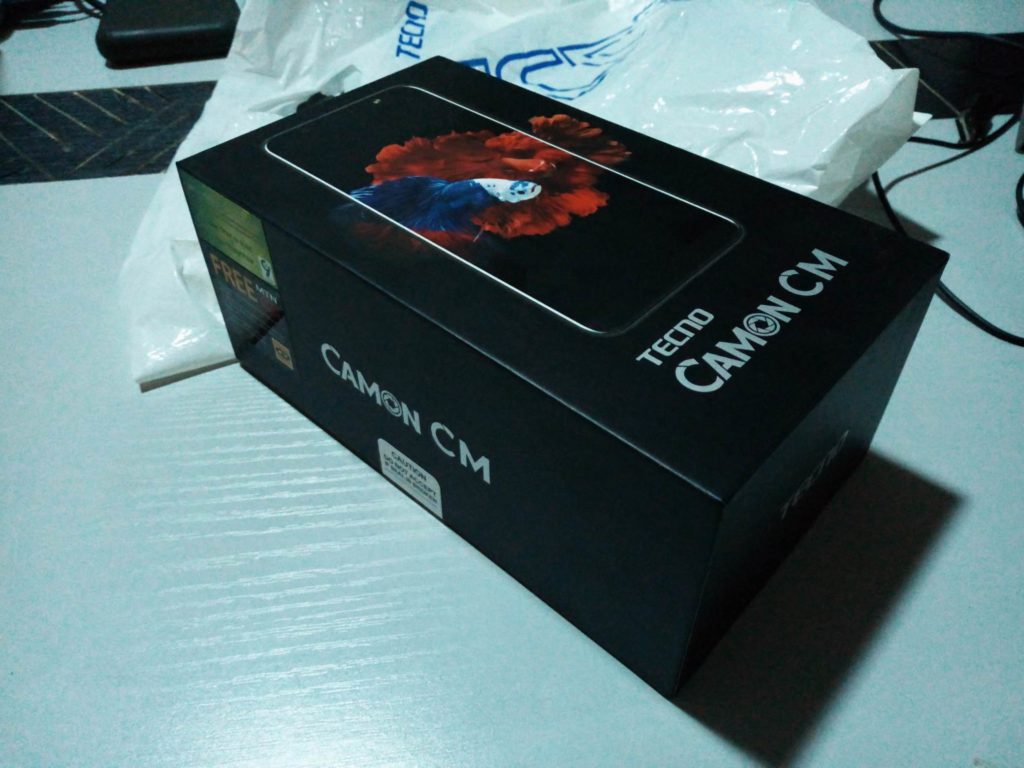 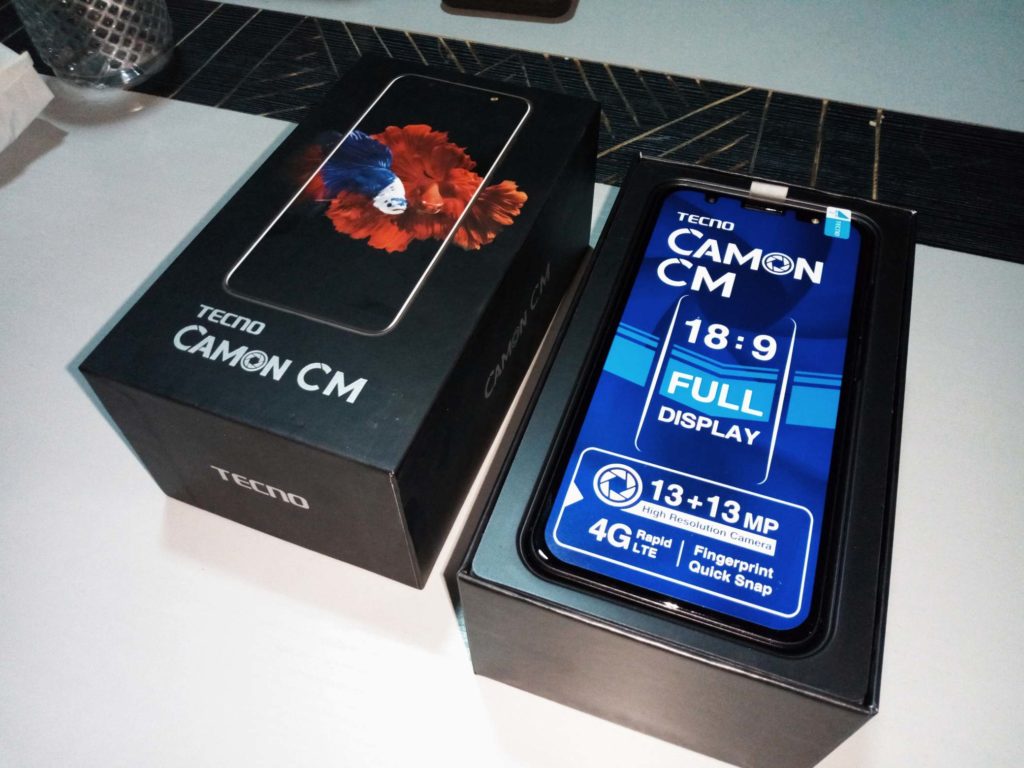 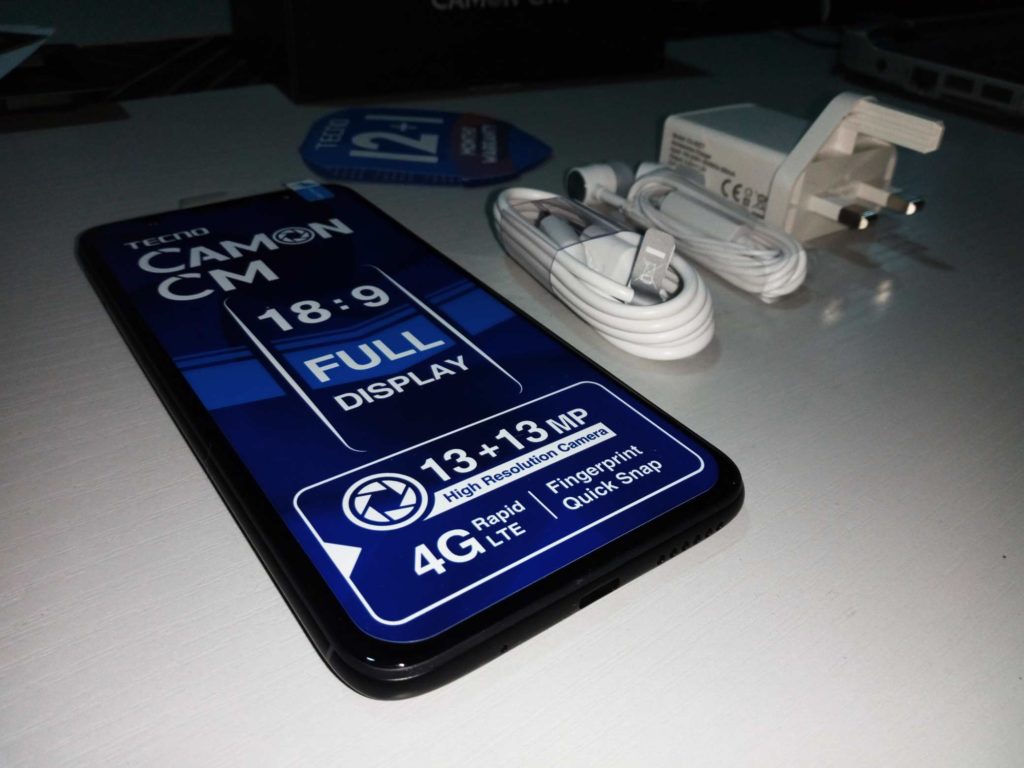 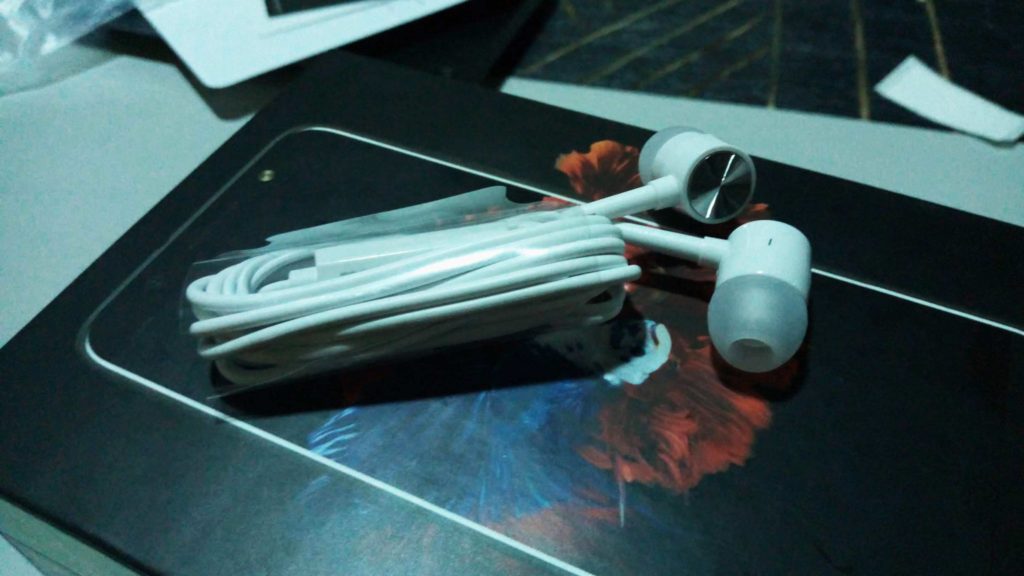 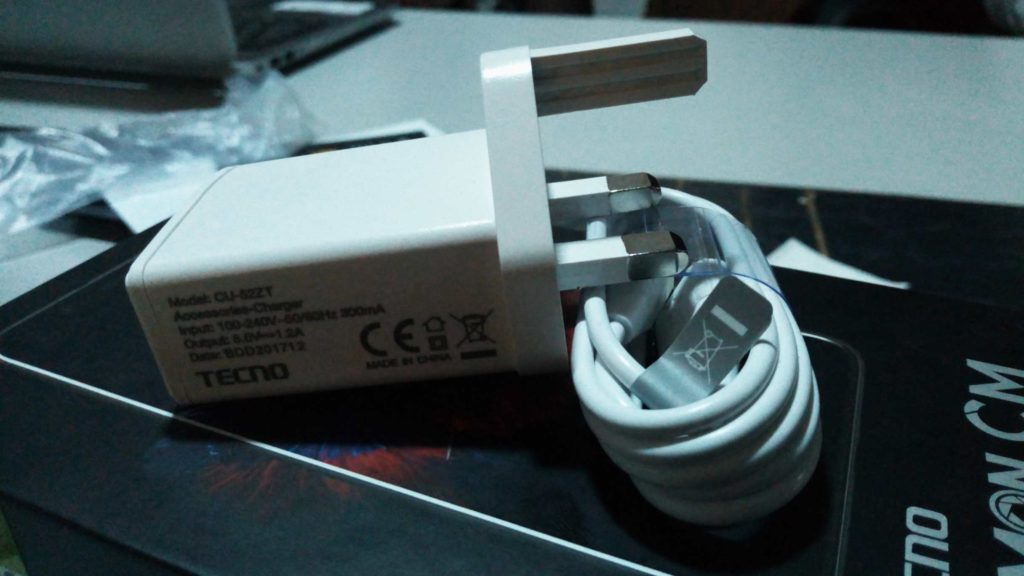 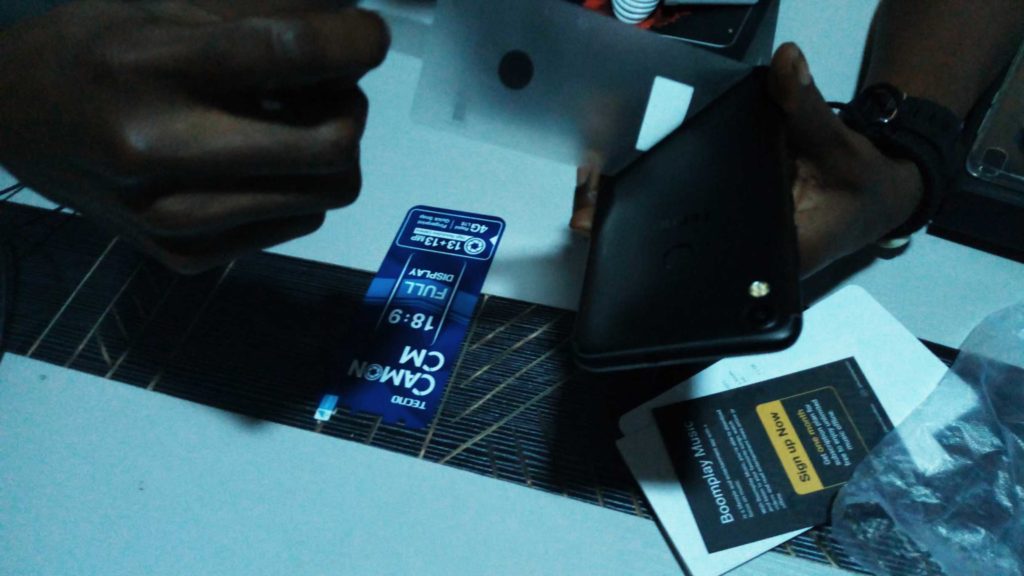 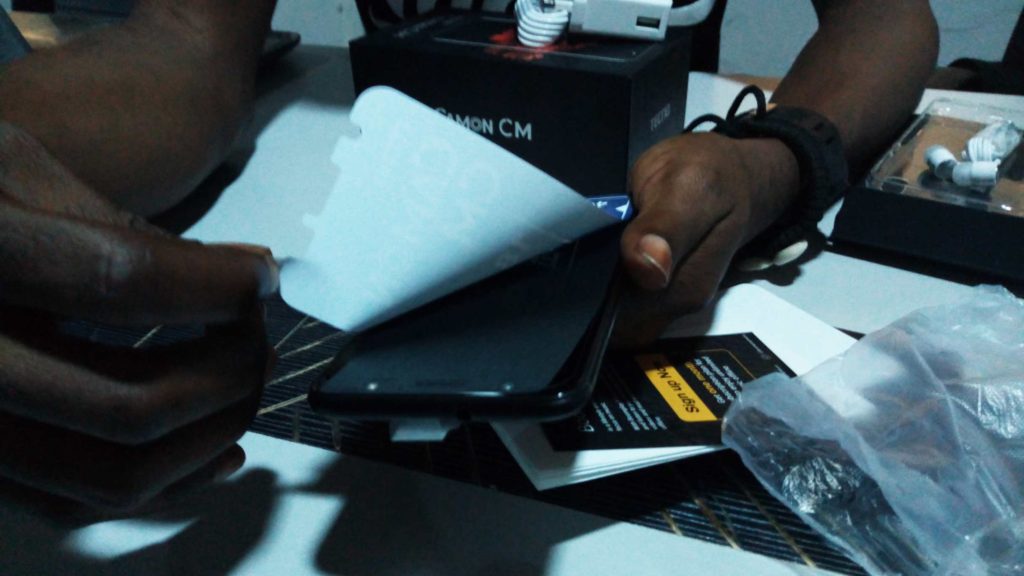 Contained in the box are the following: 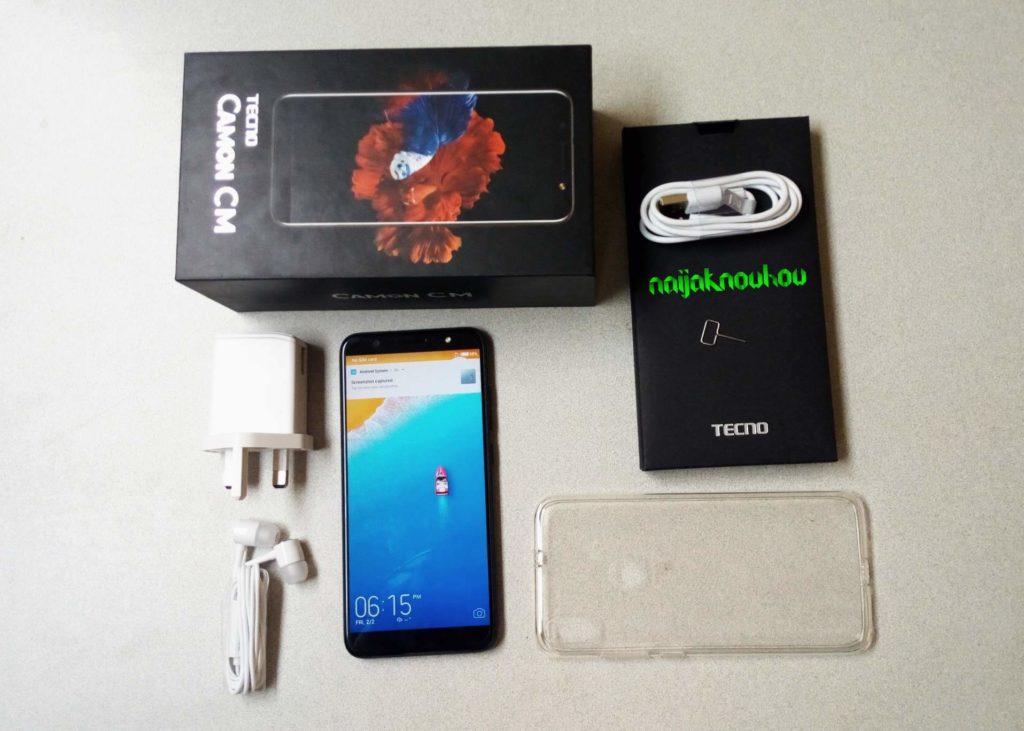 Watching the video above, you’d notice that the TECNO Camon CM has soft navigation buttons (on-screen): 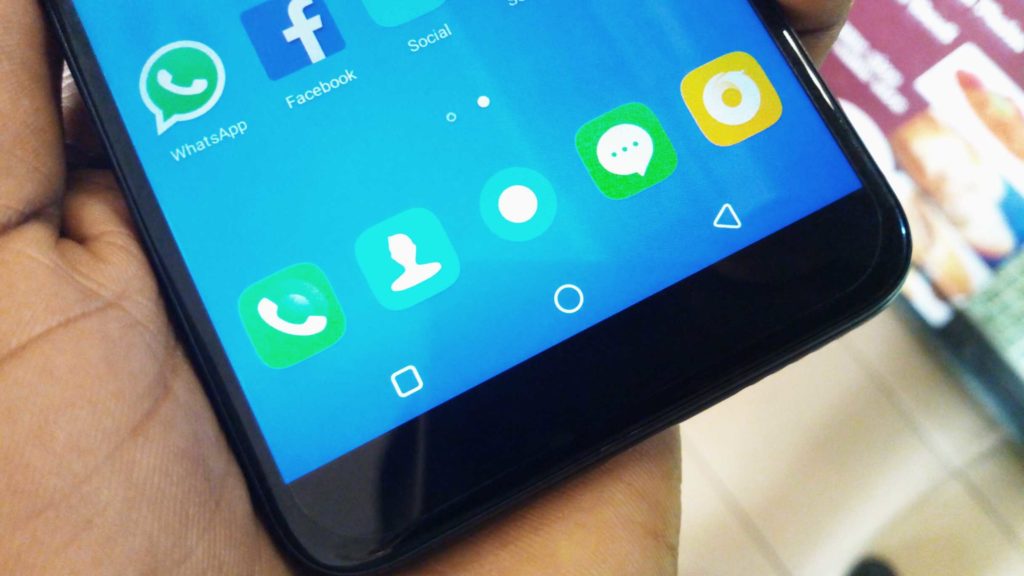 Originally Camon series are known for their dope cameras. However, this new Camon phone does great when it comes to camera and design. In fact, I would say the selling point of the TECNO Camon CM is its sleek design. 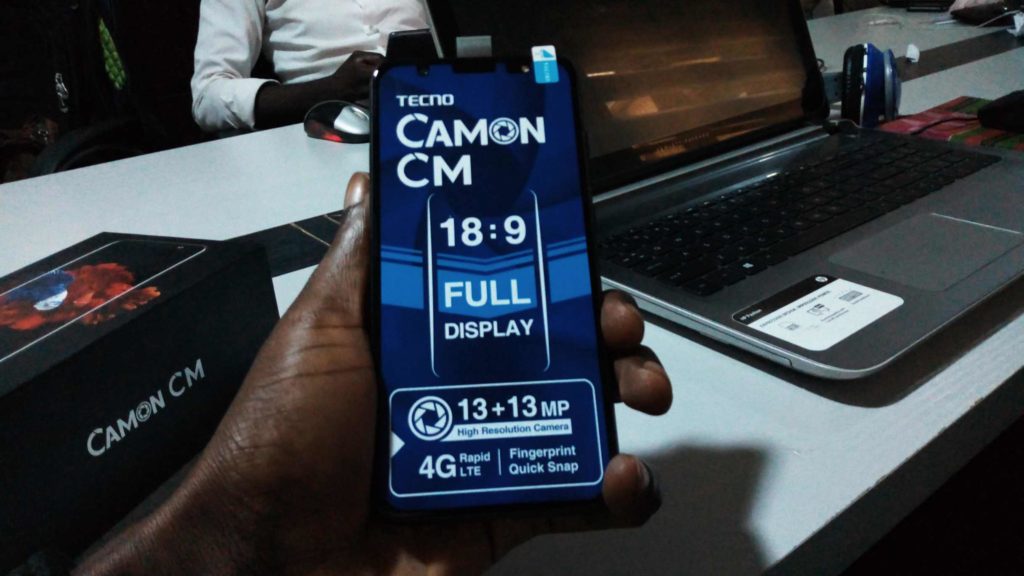 The device features TECNO’s first 18:9 aspect ratio display. The CM was built as a bezel-less display and that’s what brings about its nickname ‘Camon CM (CMore).

What the heck is the new 18:9 smartphone display ratio?

Don’t worry, I explained it all in this video…

You might be wondering… what the heck is the new 18:9 smartphone display ratio? Don’t Worry, Mr Naijaknowhow Explains All… Like and share if my explainer video makes it a bit more clear.#TECNOCamonCM #Naijaknowhow Tecno Mobile Nigeria 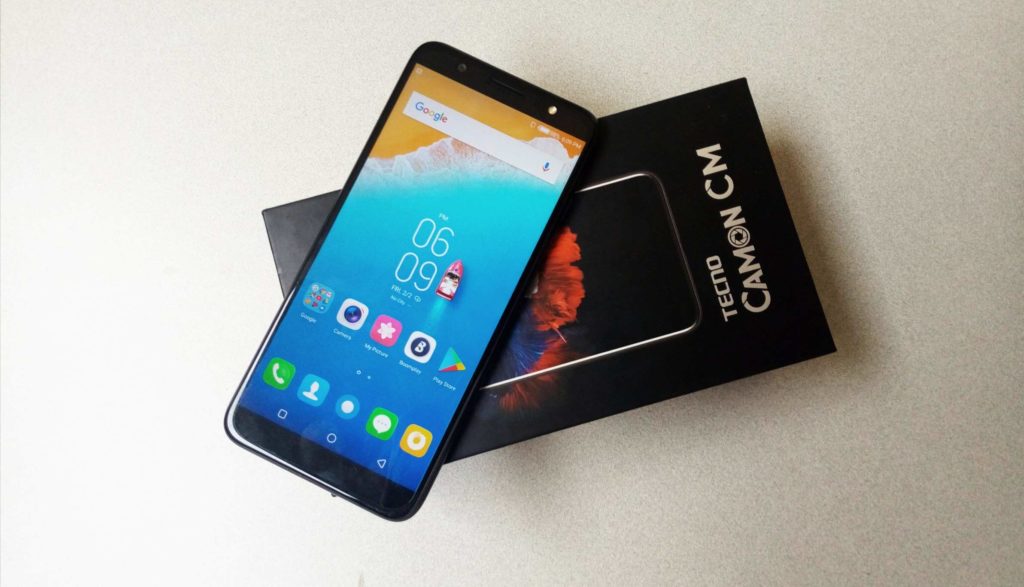 Without forgetting, this device is incredibly light-weight (weighs 135g), it is not so thick (just 5.6 mm thick) plus you will almost feel phone-less when placed in the pocket. 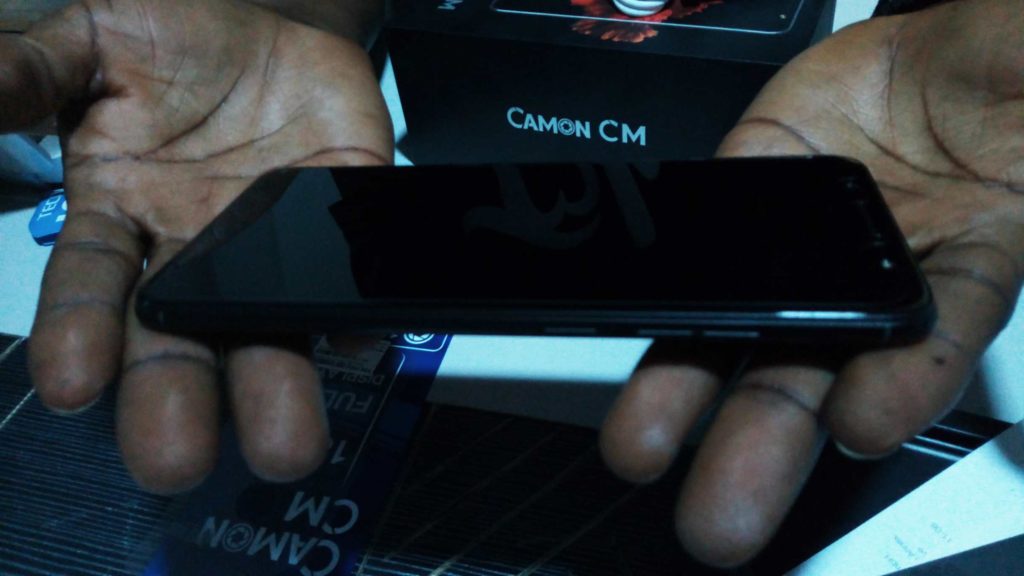 Those looking for a handy weightless phone, look no more, the Camon CM is just everything you need.

The power button and volume rockers are placed on the right side of the phone. 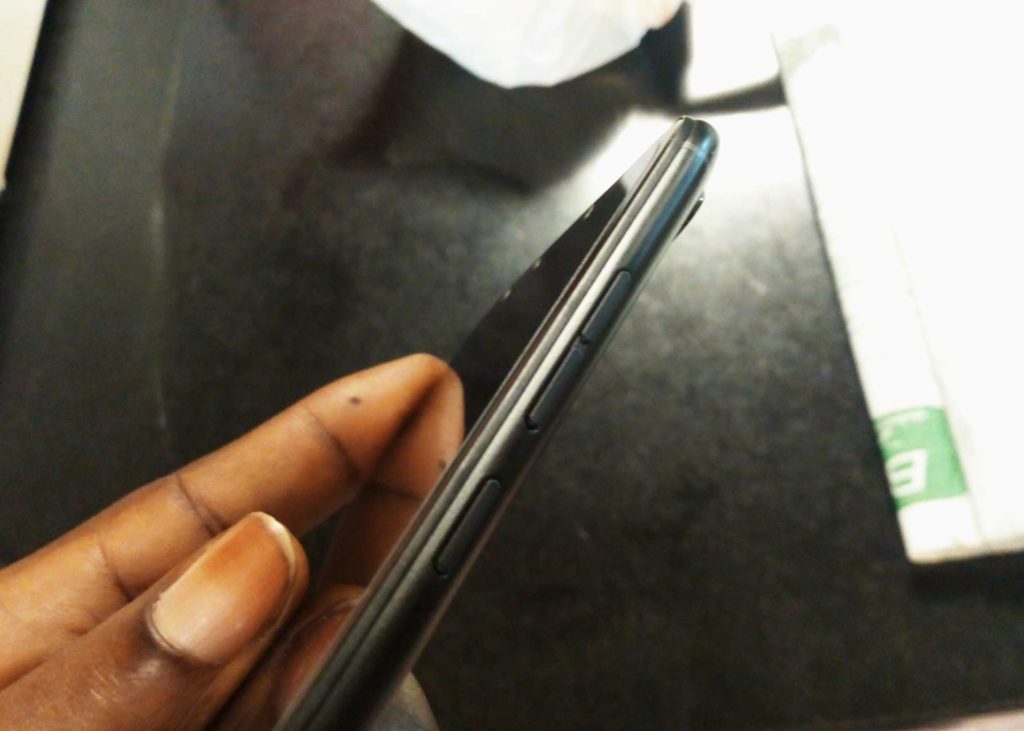 You will find the 3.5mm earphone jack at the top.

SIM and memory card tray would be seen at the top left. 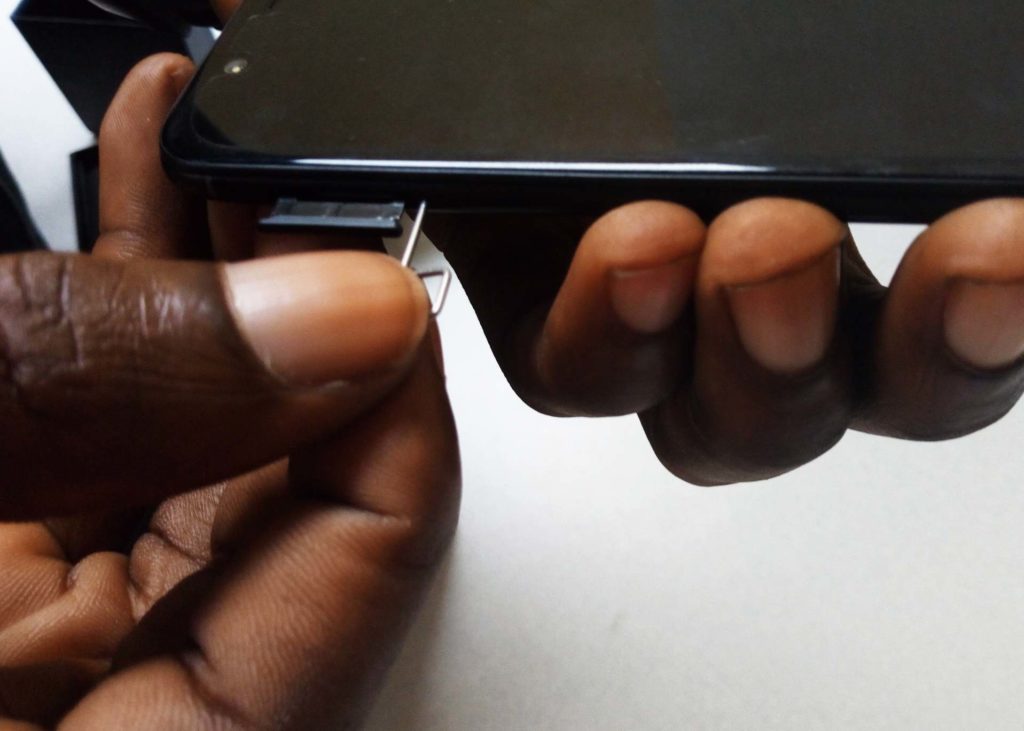 The phone uses a Hybrid dual-SIM slot and supports 4G on both sims. 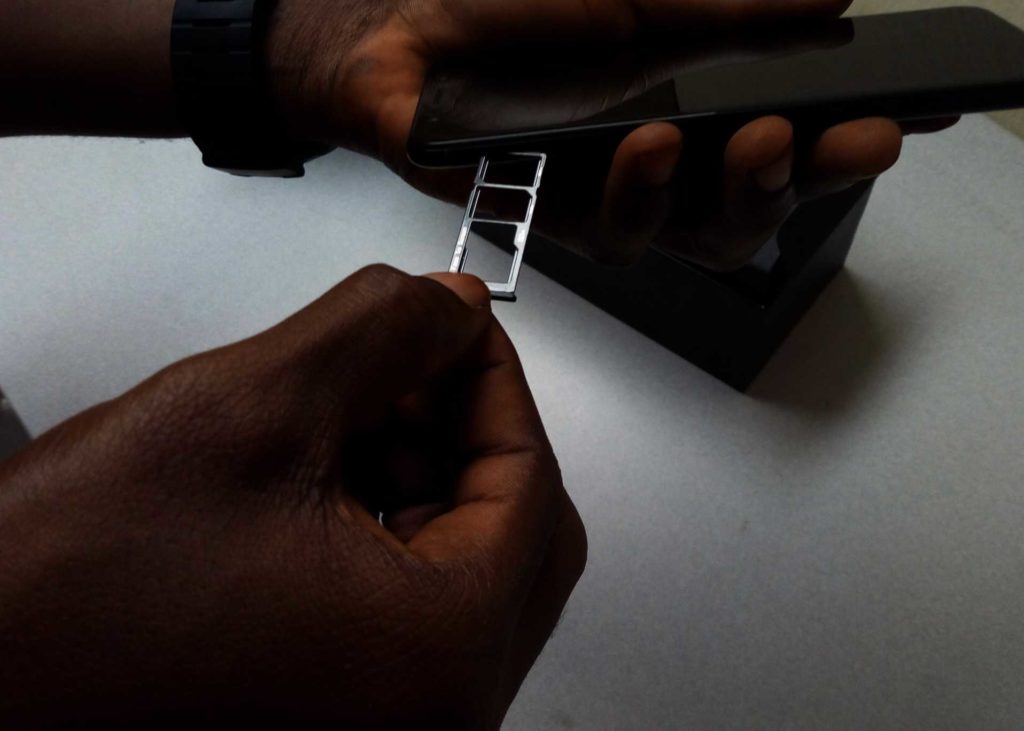 The fingerprint sensor is placed at the back of the phone. 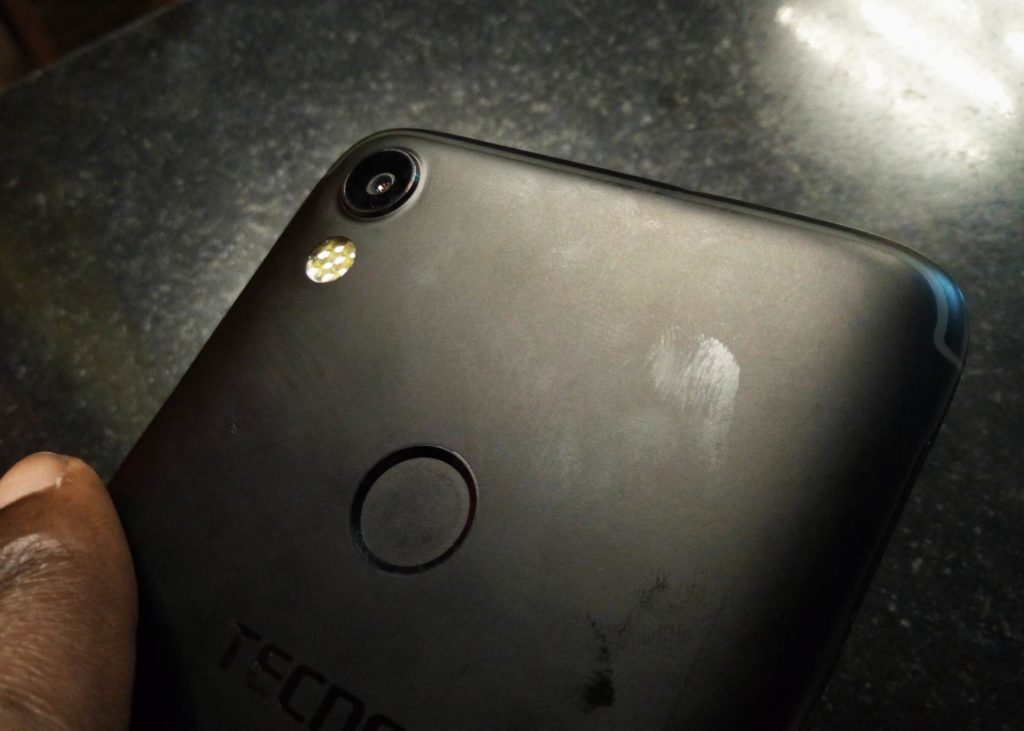 Took about half a sec to unlock the device using the fingerprint scanner feature. 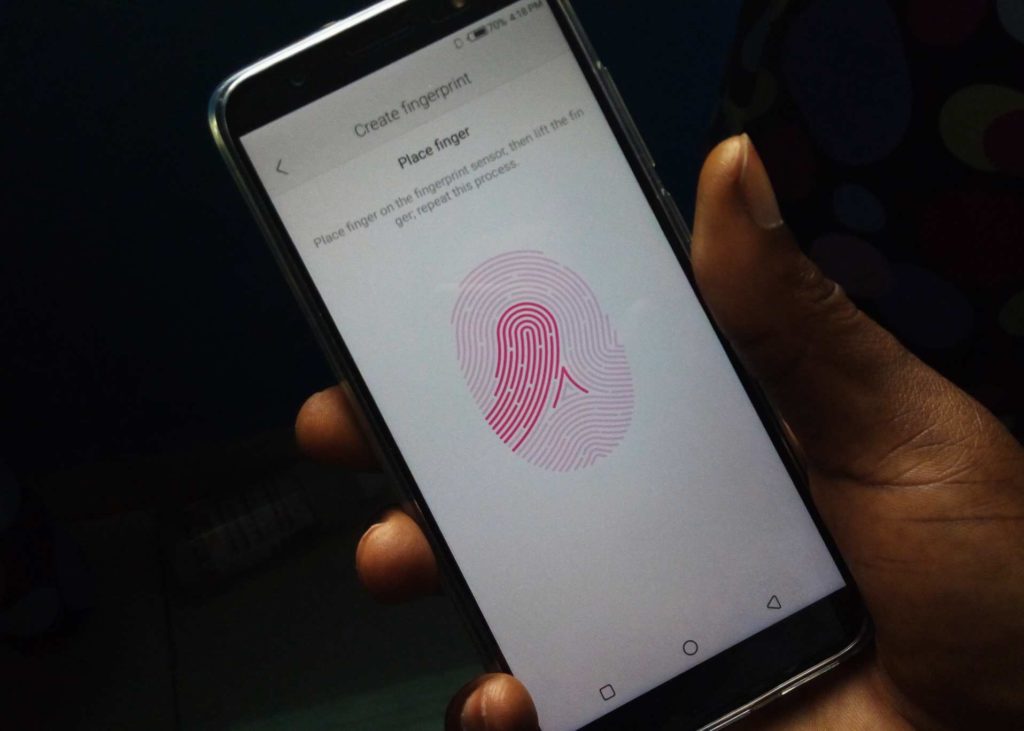 Under the phone is the speaker grills, microphone and USB type B port. 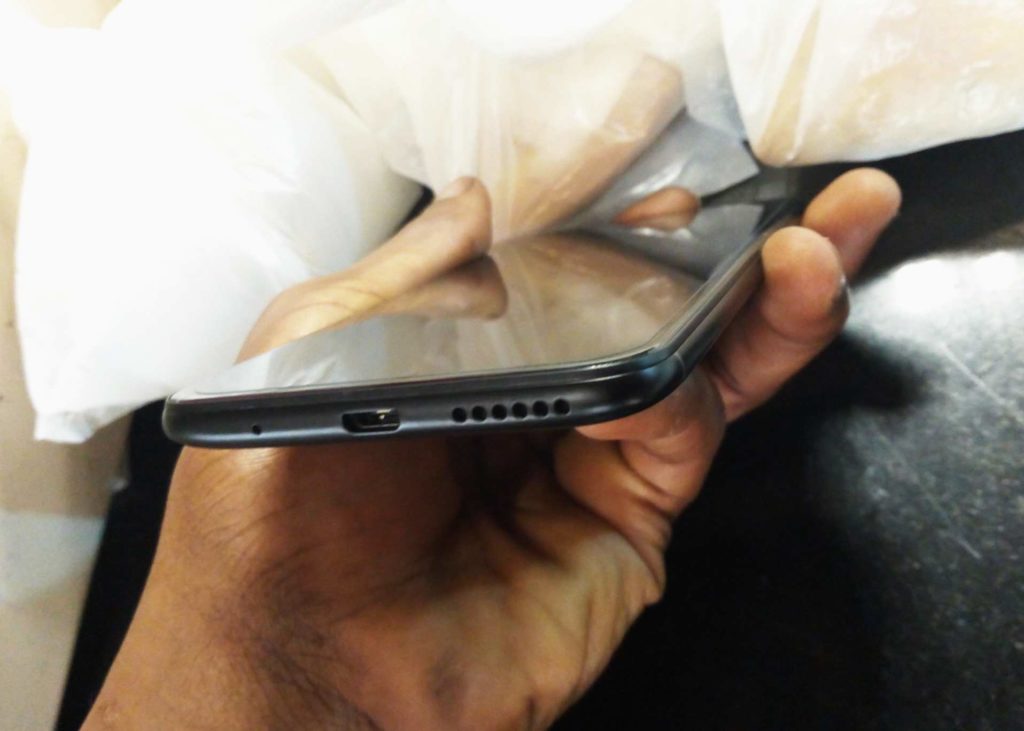 Type C chargers are the rave of the moment, I don’t know when TECNO will start fitting them in their phones.

Here are the Camon CM key specifications on what you should expect to enjoy when you buy this smart device.

Click here to see full specifications of the TECNO CM. 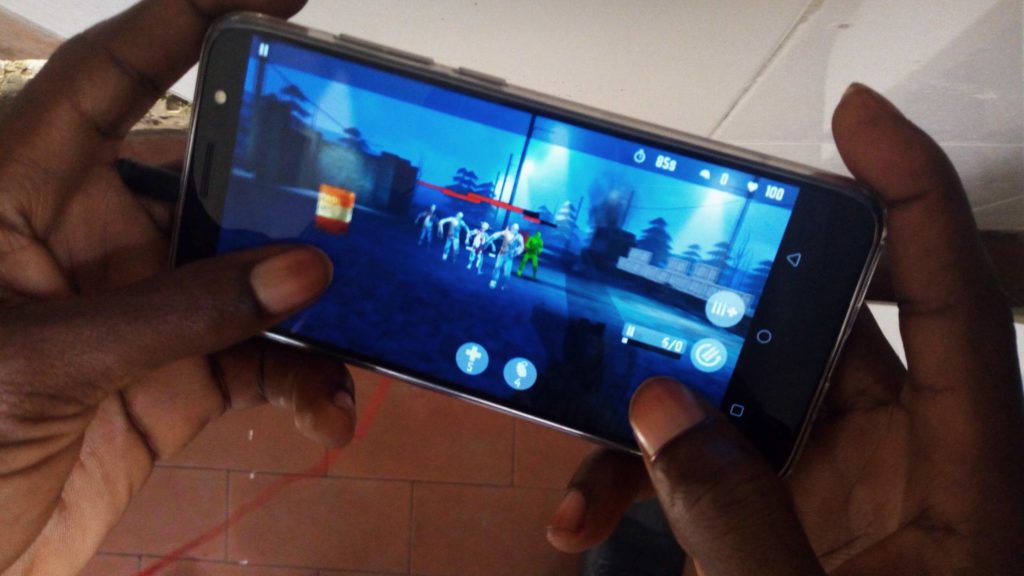 The Camon CM is powered by a Quad-core 1.30 GHz Cortex, MediaTek chipset.

This is enough to help basic apps such as WhatsApp, Twitter etc. run smoothly and concurrently.

Here is what happened when I put the phone to a real test: 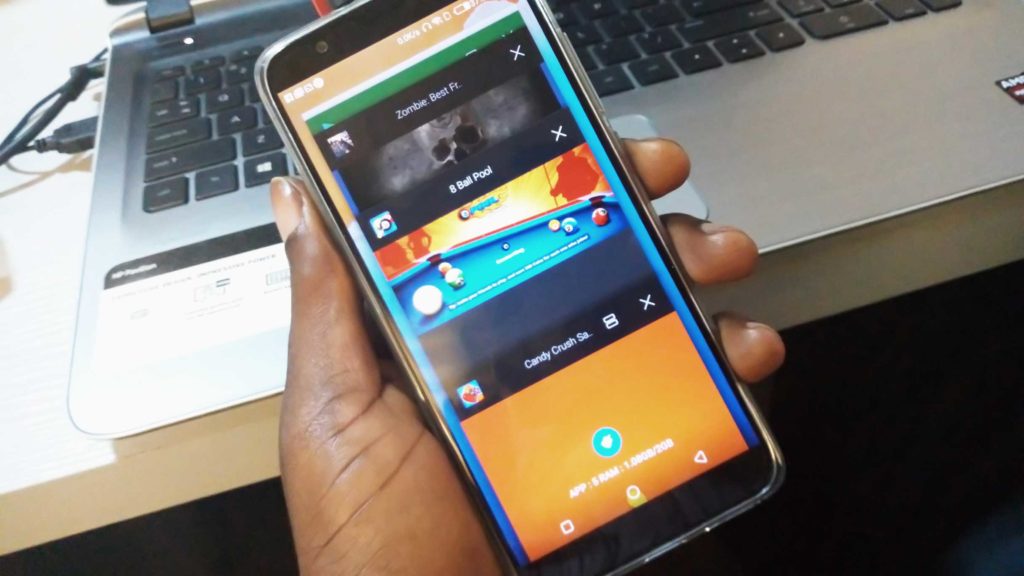 I played the Zombie Beyond Terror: FPS Shooting Game. Honestly, this played fine without hanging and the display quality was awesome.

After some time playing that game, I had to minimise it, then opened to play more games (Candy Crush and Ball Pool precisely).

Sadly, multitasking seems to be an issue on this device because I couldn’t run more apps at the same time without reloading when I minimise to open other active ones.

We deduced that the Camon CM isn’t a device built for gaming, it’s only meant for those who love insane camera phones but affordable. And can perform the basic mobile purpose like instant messaging, browsing the internet and social media pages.

I was forced to check the Geekbench mark for this device:

Here is what this device measure with other smartphones in the mobile market.

Let's see how to Camon CM fare when as compared with other insane devices.

As for the internal storage, there were a lot of speculations as to the size of ROM this device should come with.

Sadly, we all felt heartbroken because we were given nothing extraordinary as compared to what we had in the Camon CX.

This device is embedded with 16GB ROM (internal storage) and a 2GB RAM the run.

Nothing to be angry about as this device’s storage can be expanded with an SD card (up to 128GB).

The Camon CM don’t have the best battery life as it has an inbuilt 3000mAh battery.

Here is what I found out after putting this battery to a test:

I spent about 7 days using this device and I can say the battery life is moderate.

Without intense usage, this phone lasted almost a day, perhaps, but with serious usage (high-end games, Internet, Bluetooth connected and more all active), then be ready to charge your phone after about 6-7 hours of usage.

Charging this phone took about 1 hour 50 minutes getting a full charge from 11% (too long if you as me). Still wondering why TECNO has not integrated the flash/quick charge feature on their phones!

TECNO Camon series are great for their awesome picture output quality and the CM is no less!

I tested the camera in the different environments, low light and outdoor, night and so on.

And also shot a video.

Here is everything you need to know about its Camera: 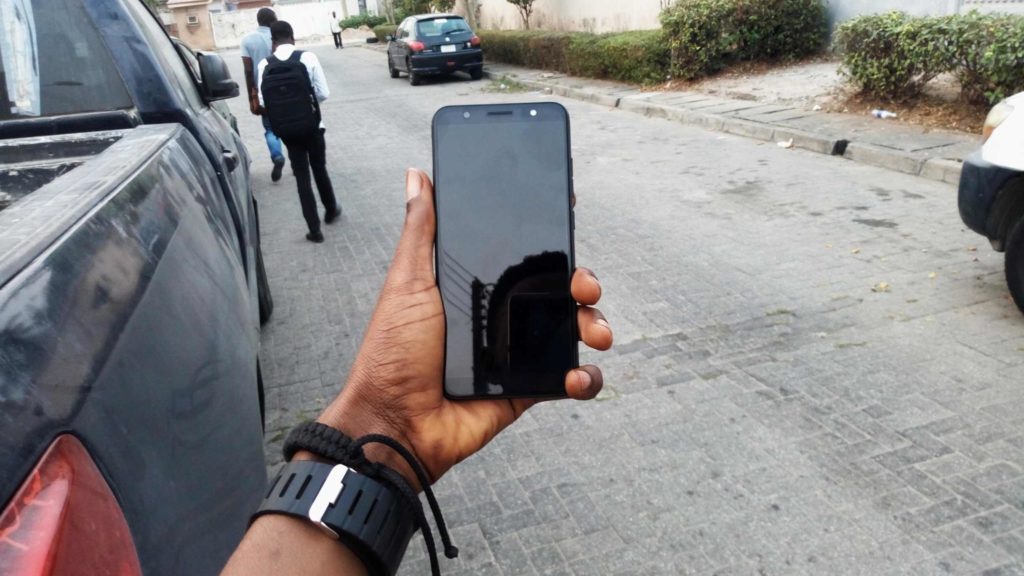 The front camera of this device is 13MP with flash.

Selfies with the Camon CM

And of course, the selfie lovers were not left out. We tested the 13MP front selfie 📷… YAGA. #TECNOCamonCM @iamFRANQ @muizdee #Naijaknowhow pic.twitter.com/TUSLk88MUW

This one was taken inside a dark bus around 7 pm.

All I can say is, so detailed and sharp! Damn, see my blemishes and pimples… Arrgh! 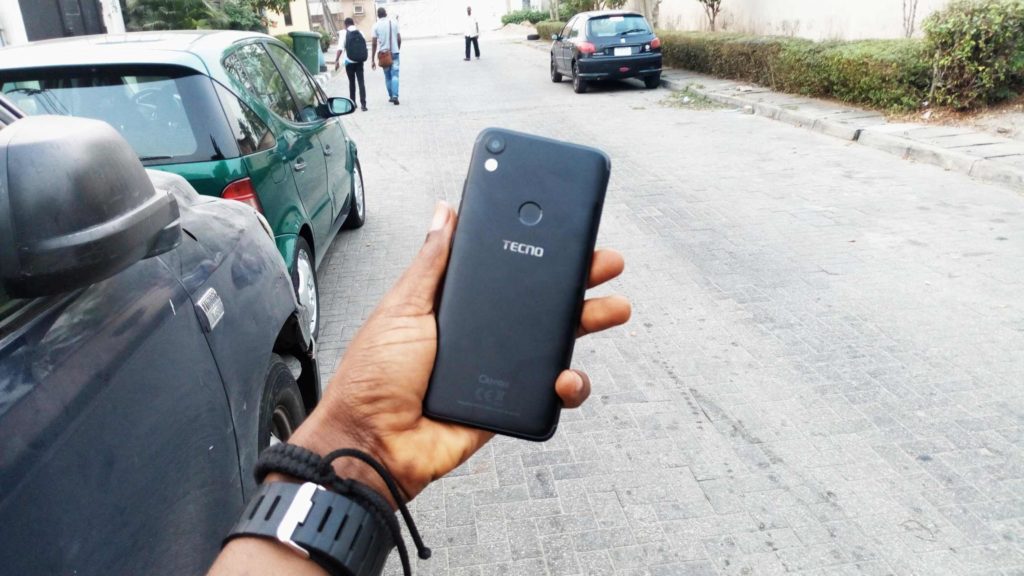 Also, the rear camera is 13MP and with quad flash. It’s fitted on the top left side of the rear.

Let’s look at some comparisons below:

Looking at the following photos above… Let us know what you think about the duel? Which do you prefer, CM or Note 4 and why?

This one was taken while both cameras were zoomed @ x4.0

Eventually, the Camon CX crushed the CM when they were both put to a zoom test. Although, there wasn’t so much difference in the quality of the picture (see the one right above the zoomed picture).

Not bad at all!

I also took a few videos using this smartphone, here are they. Please tell me what you think about them.

I shot this while trekking.

And this while in a tricycle (Keke Maruwa).

One last one on the public Danfo bus (avoided the quad flash to avoid beating).

I think the videos are quite good. Clear, good colour saturation and density. What do you think about them though?

My thoughts about the Camon CM

I’m not going to write an epistle trying to paint the Camon CM all good, but I have a few turn-off!

However, to pinpoint some things I specifically love about this device;

With all the criticisms surrounding the Camon CM device, I think the price justifies it all!

It retails at N47,000 which I think is pretty decent for a phone this gorgeous!

This phone is available across all TECNO retail store as well as various online shopping websites like SLOT, Jumia and Konga.

Where to buy the Camon CM

SHOP ON JUMIA
SHOP ON KONGA

I know a bunch of you feel disappointed about this device. You were expecting 3/4GB RAM and 32/64GB ROM. Sad that we can’t have those specs in the Camon CM, may be in their future Camon phone.

But I think this device is perfect for those looking to have it bezel-less with it’s 18:9 aspect ratio, also a perfect budget-friendly phone for selfie lovers and that’s why I added it to my list of best phones under N50,000 in Nigeria. I had this ‘love at first touch feeling’ upon grasping this weightless phone, and the truth is, you’d love this device immediately you get hold of it.

READ:  Top Reasons Why a GPS Tracking System Is Good for Your School Bus

Let me know you think about the TECNO Camon CM, would you get it? If you also want me to test or review anything, please specify using the comment box below.

Sony is currently preparing to launch its latest next-gen console, the PlayStation 5. It also has worked with many major...
Read
Gadgets

After Sony officially announced the full specifications of the next-gen gaming console, the PlayStation 5, many are now curious about...
Read
Phone Specs & Reviews

Currently, many smartphone brands are innovating towards presenting a notch-less smartphone and also thin bezels to provide a full-screen experience...
Read 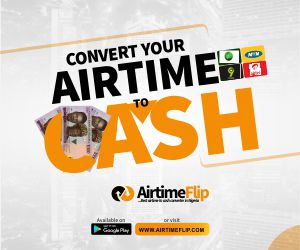