Glo Sharp Sharp E-top-up gives customers 8 times the value recharged when they recharge from any electronic channels like Glo Café. Scroll down for more information. 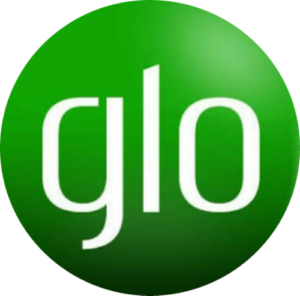 According to the source, Glo Sharp Sharp E-top-up gives customers 8 times the value recharged when they recharge from any electronic channels like Glo Café, Automated Teller Machines and Point Of Sale terminals etc. For instance, if you recharge with N201, he or she will get over N1,601 made up of N201 in his or her main account, N100 bonus airtime for calls to all networks and N900 bonus airtime to call other Glo subscribers (Glo Jollific8 also offers 800% bonus upon recharge, Click link for details)

In addition, customers will receive 50MB data bonus for personal use and extra 25MB data, which can be gifted to another Glo customer. (Click here to see list of the cheapest data bundles on Glo)

Glo Café, on the other hand, provides users with world-class games experience. They include; Gameloft; thousands of movies and video content, two million songs including 10,000 music videos, jokes, sports, entertainment and e-commerce.

The biggest attraction added to the Glo café is Glo Live Cast, where Globacom as the first operator to launch Mobile TV (Glo live cast) in Nigeria avails its subscribers the opportunity to watch live TV channels (such as NTA, AIT, WAP TV, etc.) with HD quality streaming on their Glo mobile phones.

Glo Café app can be downloaded from playstore. The question is, can we actually watch mobile tv on this slow glo network?

The answer is absolutely… NO!

Glo has an awful internet speed. However, If you want to stabilise and make streaming your experience faster while using apps like Mobdro and Libre Directo on your android phone, here is a post for you.

Do you have a fast Glo network in your zones? What are your views on these new developments by Glo? Drop your comment on the comment box below.

Before you start having a long throat... Know that the MTN GoodyBag social plan isn't a normal data plan that allows you to surf...
Read more
Internet & Data

Do you want unlimited WhatsApp data plans to engage with family and friends? Then this article is for you. I've compiled the list of...
Read more
Internet & Data

In this article, you will get the latest Airtel Night Browsing code and how to check Airtel Night Plans data balance. Our network providers won't...
Read more