Many companies have released new applications to rival the popularity of TikTok, one of which is Google. Learn more about Tangi here. 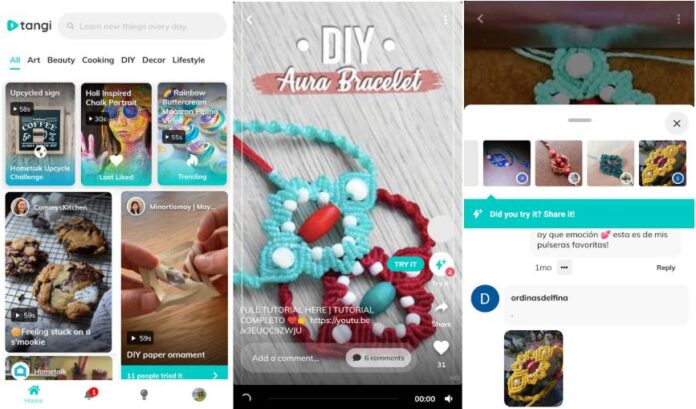 No need to deny, TikTok has managed to become a short video sharing application that is very popular and used by many smartphone users around the world.

Many companies have released new applications to rival the popularity of TikTok, one of which is Google. Yes, the search engine giant has recently officially launched an application called Tangi that has features similar to the TikTok application made by ByteDance.

Present for iOS and Android, the Tangi application is actually an experimental project developed by the Area 120 team at Google Lab to see whether this application is suitable for public launch or not.

It is known that users can upload videos with a maximum duration of 60 seconds in portrait orientation like TikTok. Overall, this application is arguably very similar to TikTok ranging from features to appearance.

Google itself hopes that this Tangi application can inspire many people to create content on the platform and share their impressions when using the application.

Android users can also try the Tangi application without having to download it first by using the ‘Try It’ feature. We’ll see if this application can last long or not.

After various leaks regarding the Redmi K40 Series smartphone and teasers that were officially uploaded by Redmi, the high-end smartphone has been officially announced...
Read more
Android

Playing games on Android has seen us evolve from the days of Candy Crush or Angry Birds into something a bit more intense and...
Read more