HarmonyOS: All You Need To Know About Huawei’s New Operating System

Huawei launched HarmonyOS at the 2019 Huawei Developer Conference (HDC) , a new micro-distributed operating system designed to provide a cohesive user experience on all devices and scenarios. 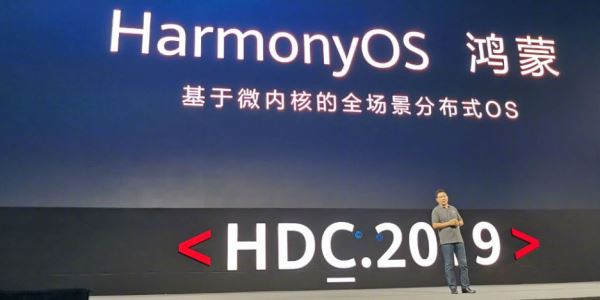 In a written statement from Huawei, Huawei Consumer Business Group CEO Richard Yu explained the background of the development of this latest OS.

“We are entering a day and era where people want an overall smart experience in all devices and scenarios. To support this, we feel the smartphone operating system must improvise. We need an OS that supports all needs, which can be used in various ranges of devices and platforms, and can meet the needs of latent consumer demand and high levels of securities, “he said.

“It is our aim to develop HarmonyOS, which is completely different from Android and iOS. It is a distributed micro-kernel based operating system that provides a seamless experience in all possible scenarios. The system has a trusted and secure architecture, and supports collaboration without “You can install your application once on one device, then renewing the application will be flexibly done on different devices,” Yu added.

Usually, the latest operating system is released together with a new type of device. 10 years ago, Huawei saw a future where intelligence could easily be integrated with all aspects of life, and it began by exploring the many things that could provide that experience – which would transcend physical space limits and reach the various hardware devices and platforms available.

Through this implementation, Huawei aims to establish an ecosystem among integrated devices, create a safe and reliable runtime environment, and present a holistic intelligence experience among all device interactions. 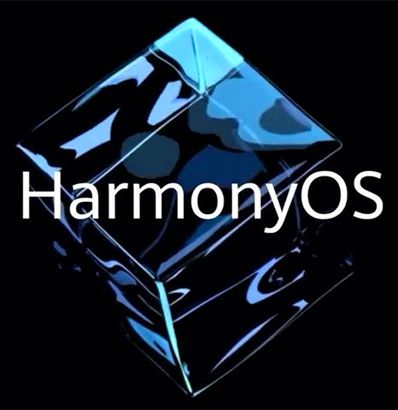 A creation that encompasses everything, an intelligent experience with high standards in terms of connectivity, HarmonyOS was created with four different technical features to prove its promise to consumers.

Applications built in HarmonyOS can be done on different devices together with a light and collaborative experience throughout the design.

Resources will tend to lead to higher priority tasks, reducing application response latency by up to 25.7 percent. This microkernel can make IPC performance up to five times more efficient than existing systems.

3. Secure: The microkernel architecture reshapes security and trust from the ground up

HarmonyOS uses a new microkernel design that has enhanced security features with low latency. This microkernel is designed to simplify kernel functions, implement as many system services as possible in user mode outside the kernel, and add shared security protection.

The microkernel itself only provides the most basic services such as sequential scheduling and IPC.

Harmony OS microkernel design uses formal verification methods to reshape security and trust from the bottom up in the Trusted Execution Environment (TEE).

The formal method, by contrast, can use a data model to verify all paths that the software runs.

HarmonyOS is the first operating system to use formal verification on TEE devices, which significantly increases security. Also, because the HarmonyOS microkernel has a lot less code (roughly one-thousandth of the number of Linux kernels), the chance of an attack is very small.

4. Unified: The multi-device Integrated Development Environment (IDE) allows applications to be developed with one process, then can be used on multiple devices

Also Read:  PHOTO: A Closer Look at the iOS 14 Display

With a multi-device IDE, developers can code their application once and deploy it on multiple devices, creating an ecosystem that is tightly integrated across all user devices.

At the same event, Huawei also announced the evolution of designs for HarmonyOS. HarmonyOS 1.0 will be adopted for the first time on smart screen products, where the device will be launched later this year.

Over the next three years, HarmonyOS can be optimized and periodically adapted to a variety of smart devices, including wearables, Huawei Vision, and other units.

The success of HarmonyOS depends on the dynamic ecosystem of the application and its developers. To encourage wider adoption, Huawei will release HarmonyOS as an open platform throughout the world.

Huawei will also establish a community forum to support deeper collaboration with developers.

China is home to a strong application ecosystem and massive user base. Furthermore, Huawei will implement HarmonyOS in the Chinese market, and then develop it further into the global ecosystem.

With a focus on providing new and unique values, Huawei will open and share its core capabilities in other fields such as connectivity, cameras and Artificial Intelligence (AI).

This hope requires ecosystem partners to be able to provide applications and services that offer the best experience for consumers and bring new life to the industry.

HarmonyOS will bring extraordinary new benefits to consumers, equipment vendors and developers. For consumers, this will bring a smart experience that is cohesive and powerful in all aspects of their lives.

For equipment vendors, this development will help them get the first-mover advantage in this era of holistic smart experiences, where 5G, AI, and IoT will see great growth.

At the same time, HarmonyOS will enable developers to win more users with less investment, and fast innovation services in all designs.

“We believe HarmonyOS will revitalize the industry and enrich the ecosystem. Our goal is to give users a truly interesting and diverse experience. We want to invite developers from all over the world to join us, as we build this new ecosystem. Together, we will provide smart experiences for consumers in all designs, “concluded Richard Yu.

Qualcomm is stepping up efforts to make 5G-connected smartphones within the reach of more people by launching a 5G version of the Snapdragon 4...
Read more
Apple iPhone

Apple will reportedly stop selling the iPhone XR at the end of the first quarter of 2021, and replace it with the iPhone 12s...
Read more
Android