HMD Global will release Nokia 7.2 in the near future. Ahead of the launch, the cellphone was also seen on the Geekbench benchmarking site. 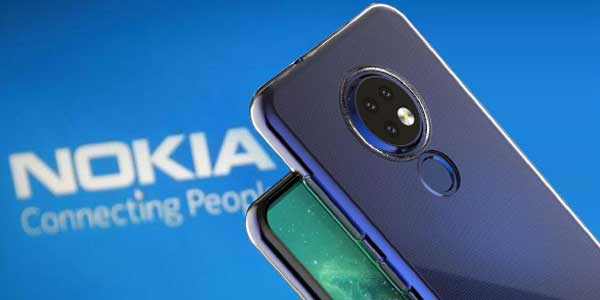 HMD Global will release Nokia 7.2 in the near future. Ahead of the launch, the cellphone was also seen on the Geekbench benchmarking site.

Benchmark results reveal a number of key Nokia 7.2 specifications, including the processor it uses.

Devices that are benchmarked as Global HMD Nokia 7.2 run on Android 9. In addition, the Nokia 7.2 is also supported by 6GB of RAM. The device allegedly will also have other variants, but this one is the highest. For processors, Geekbench doesn’t mention its name. But, the processor has a frequency base of 1.84GHz.

Other devices that were previously benchmarked with a base frequency of 1.84GHz typically use Snapdragon 660. This is consistent with earlier reports that the Nokia 7.2 uses Snapdragon 660.

In addition to the basic frequency, Geekbench also revealed the scores obtained by Nokia 7.2. The single-core test yields 1604 and multi-core 5821. The score results are similar to the Redmi Note 7 which is reinforced with a similar processor.

Nokia 7.2 is said to be using three cameras on the back. Unfortunately, the configuration of the camera is unknown, but the cell phone was allegedly going to have a ZEISS lens.

Citing GSMArena, Nokia 7.2 is scheduled for release later this month in China. As for the global launch, Nokia 7.2 will be released at the IFA in Berlin, Germany.

Also Read:  NASA Announces Its Rover Will Land on Mars This Week After 7 Months in Space
- Advertisement -
Share
Facebook
Twitter
WhatsApp
Telegram
Previous article5 Ways to Utilize an Old Smartphone that is Still Good
Next articleHonor Vision Smart TV, the First Device to Use HarmonyOS