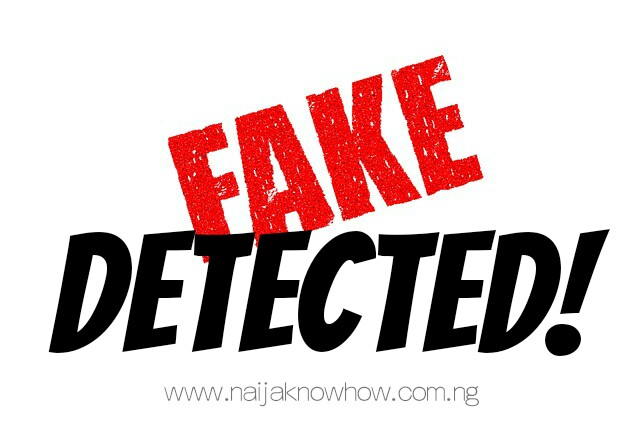 I was reading through the phone section on Nairaland when I landed on a post shared by a Nairalander about him buying a purported fake Infinix Note 2 LTE device.

Even after we’ve regularly warned users on how to detect a fake Android device, I was surprised to discover some Nigerians still fall for this and end up like him.

His story might as well be a lesson for you, just read through this message he shared below… I feel for him already because I own an original Infinix Note 2 LTE phone.

Message from the user

Guys anyone with an original infinix note 2 Lte should please clear the air for me before I go mad!!

A response from another Nairaland reader

Bro before anything else.. I am an ex-corper I just found out that @ Onitsha they sell the clones.. I make use of an original infinix x600 bought from slot.. now,

Note: The one with red marks is fake (clone) while the one with green is its original.

In my humble opinion;

These are strong signals to those of you ignorant, stubborn and impatient folks. Don’t be in a rush for cheap phones, remember this; CHEAP ISN’T CHEAP! I know we’ve for once fallen in the hands of scammers and I’m not a friend of fraudsters. I won’t blame that young man completely but the Nigerian government that has given these clone phones cheap entry into the mobile markets.

Please be careful when you want to buy a new Android device, there are certainly many fake phones around, a perfect a clone of the original, not easily noticeable but you can quickly spot fake when you follow the tips shared by the Nairaland user above.

Yet another last warning!!!

People in Enugu, please be wary of Emeka Offer Plaza In Onitsha, Anambra, Nigeria. They are verified sellers of clone Android device.