Huawei began launching their first 5G smartphone, Huawei Mate 20 X 5G, in a number of global markets before the end of July 2019, amid uncertainty about the future as an Android operating system. 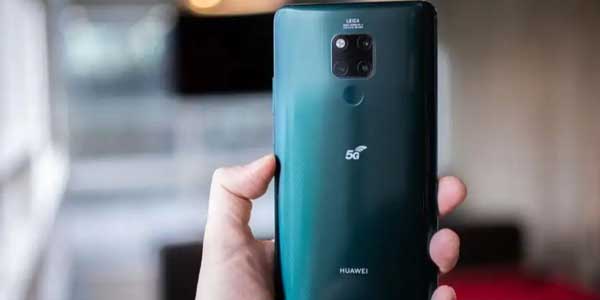 Huawei began launching their first 5G smartphone, Huawei Mate 20 X 5G, in a number of global markets before the end of July 2019, amid uncertainty about the future as an Android operating system.

Meanwhile, VentureBeat writes that Huawei’s latest smartphone can be ordered through Italian Amazon with a release schedule on July 22, 2019, and available for the United Arab Emirates market on July 12, 2019.

Outside design, the Huawei Mate 20 X 5G is very similar to the existing Mate 20 on the market with 7.2-inch screen size and three rear cameras.

But in terms of specifications, the components in the device have been updated to handle the needs of the 5G Balong 5000 modem.

In addition to the three countries above, the presence of 5G smartphones in other countries still cannot be ascertained following Huawei’s profiteering in a banned list of devices in the US that caused Google to suspend Android licenses.

In the UK, Huawei originally scheduled the launch of their 5G device in June, but the plan was cancelled by EE and Vodafone operators who will carry it.

The US government, as reported by The Verge, hints at easing restrictions on Huawei, but there are still a number of questions about how the plan will affect the future of Huawei devices.

US officials say Huawei is still on the list of banned products, but they will issue licenses and allow US companies to trade with Huawei ‘when there is no threat to US national security’.

It’s just that, the sign of the limitation of restrictions on Huawei in the US is still unable to ascertain the impact of using the Android operating system and ARM-based processor devices on Huawei phones.