Are you looking for apps to read manga on your iOS device like iPhone and iPad? Here's a list of the best manga reader apps for iOS devices.

Are you looking for the best manga reader apps for iOS? If yes, then we’ve got you covered in this article you’re reading. Manga readers are a bit hard to find these days but we’ve researched and highlighted the best ones for iOS devices like iPhones and iPads.

When it comes to reading Manga online, it’s quite easy on Android and thanks to some of the Best Manga Reader Apps on Android and also an app that helps Android users Download Manga on their device.

For iOS, it’s quite different but luckily there are cool manga readers for iOS as well. And in this article you’re reading on NaijaKnowHow, you’ll get to know the best manga reader apps for iOS.

If you’re an iOS user and you love reading manga online, these apps will help you read manga better and once you’re done reading your favourite manga, you can join the online debate on Manga Vs Anime.

MangaToon is a free app for reading comics, manhua, manhwa & manga. All the comics are bright and colourful. Comics such as Action, Horror, Romance, and so on get uploaded daily. Free new comics are released every week. You can subscribe to your favourite comics and you’ll never miss an update on it anymore.

You can also write your own stories and share them with millions of readers. You can read comics in English, Vietnamese, Spanish, Portuguese, French, Arabic and Indonesian. Mangatoon offers an easy way to read manga on iOS and that’s why it’s one of the best manga reader apps for iOS 2. MANGA Plus by SHUEISHA

Do you want to read your manga for free and at the same time with its release in Japan? Then this app is just for you. This is the official manga reader app from Shueisha inc. Shueisha Inc is the publisher known for its remarkable works such as Naruto, Bleach, Dragon Ball, One piece and many others.

MANGA Plus also has a vast community of fans all over the world and in this community, you can share ideas with other iOS manga readers like yourself. It lets you create your favourite manga collection and even comment on every chapter. It is well organized and feature-rich and it is free. 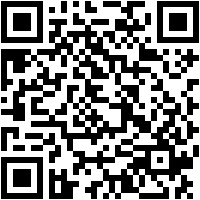 INKR is another amazing Manga Reader app that has over 1,000 different manga topics you can read, this app has different categories of Manga and one of the reasons why it’s one of the best manga reader apps for ios is because it contains Action, Romance, Comedy, Horror, Drama, Isekai, Slice of Life, sci-fi, and more, all in one app.

This app also offers an endless stream of exploration. It’s easier than ever to know whether a title is your cup of tea: when browsing between titles, you can easily preview the first several pages of a chapter to check out the artwork and story, without having to download content or even open the viewer. 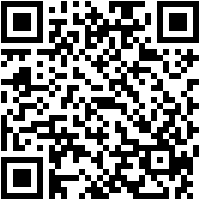 With Webcomics, you no longer need to wonder where to read manga and connect with a vibrant community of like-minded fans. Webcomics is an awesome manga reader app that offers comics spanning a wide range of genres, including romance, action, thriller, and more.

You can also check out what’s trending and catch up on the latest popular comics that appeal to your tastes. Moreover, it will give you smart recommendations for more comics based on what you read and like, the app is very easy to use and thanks to its user-friendly interface, everything gets easy. 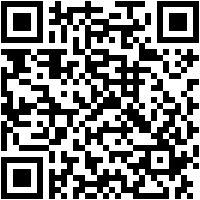 Mangamo is also one of the best manga reader apps for iOS and this app offers cool features that’ll make reading books and comics very easy for you on your iPhone or iPad. It’s also available for Android users and you’ll get a nice review about this app on Google Play Store. Mangamo offers a wide variety of comic books and there’s no latest manga you won’t find on Mangamo.

You get to customize your reading features. You own a library for your books. You read as though it’s not an ebook but a real paper book. You can also change font, colour, and background, for you to find the best reading experience on your mobile book reader app.