NAIJAKNOWHOWTECHNOLOGY BLOG IN NIGERIA
Home Tech Gist Nokia 9 in a Render With Five Cameras on the Back and...
Tech Gist

The Nokia 8 Sirocco has been Nokia's high-end smartphone since the beginning of this year, although it is clear that the device is not aimed at selling in the masses. Could the Nokia 9 become a 'real' high-end device? 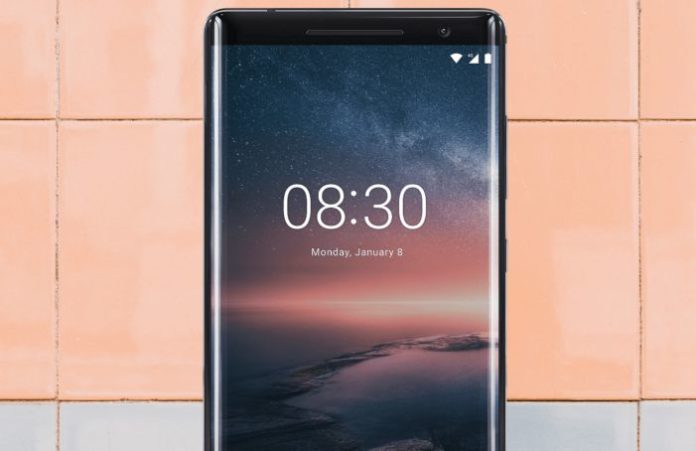 Earlier this year, at the Mobile World Congress in Barcelona, Nokia (or HMD Global) came up with the unveiling of the Nokia 8 Sirocco. The high-end device shared its computing power with the Nokia 8 from 2017, the Sirocco, therefore, had ‘only’ access to the Qualcomm Snapdragon 835 SoC. The rest of the phone was completely different, but it soon became clear that it would not be the phone for the masses. A ‘real’ successor to the Nokia 8 has not been there yet, but as previous renders suggested, the successor may have a monstrous number of cameras: five at the back, with a single camera at the front.

So… Here comes your first full look at the upcoming penta-lens camera phone by #NOKIA which I guess will be marketed as the #NOKIA9… As usual, 360° video + gorgeous official looking 5K renders + dimensions, on behalf of @91mobiles -> https://t.co/KFov7h2E9Z pic.twitter.com/0v0NuDRNZB

After the previous images that were rather blurry and left out details of the phone, the new renders are very clear. The renders are set up by the well-known OnLeaks, a source that has been able to provide reliable renders several times.

Given the images that have already gone around, chances are very good that the renders are actually correct. In that case, we will see six cameras with the Nokia 9 as a whole. At the back, they are put in a round pattern, with another LED flash and probably a sensor for laser autofocus. Furthermore, the glass back, except for the Nokia logo, is empty, so the fingerprint scanner is hidden elsewhere.

The renders that OnLeaks shows via Twitter today make the possibility that the device indeed has an in-display fingerprint scanner a lot bigger. At the front be no more room in the screen edges. On the front, in addition to relatively small screen edges, is probably a 5.9-inch screen with an 18:9 aspect ratio.

Finally in the high-end segment of HMD Global an 18:9 screen, other than the 16:9 screens that are still used in the Sirocco. Whether Nokia goes for an OLED screen again is unknown, the Sirocco used LG’s P-OLED panels, but many other Nokia devices use IPS LCD screens. Oh, and of course: camera number six of the device is still above the screen.

It is likely that the Finnish company will reveal the high-end device too soon to be able to use Qualcomm’s new SoC – a decision that will not always be right for all users. After all, there will be plenty of choices again next year from telephones with a new Qualcomm Snapdragon SoC. When Nokia will reveal the new phone is not known, in all expectations, this will be around the new year, possibly during CES in Las Vegas.

Virtual Private Networks (VPNs) are increasingly being used to get around the internet without using quotas.
Also Read:  iPhone XR Will Be Replaced By iPhone 12s Next Year?
While VPNs guarantee security, cybersecurity experts warn that there...
Read more