Here is a selection of some of the most popular offline iOS games that are actually worth playing on our iPhone or iPad.

These days, with the internet involved in most of the stuff we do, even doing something as simple as catching fun and playing games without being online is becoming increasingly difficult, especially for the users of iOS devices. This could be really frustrating at times because we can’t ALWAYS be connected to the internet most especially here in Naija where it is near impossible to stay connected on the go. High data tariffs and poor network coverage from our service providers are the order of the day.

But luckily, some developers have a good insight into this problem and are providing more apps and games that can be played without an internet connection. And it is from this that another little problem arose. It is the issue of deciding which of these offline games that are continuously turned out on the Appstore is actually worth your several megabytes of data that will be used to download them.

Hence, we took it upon ourselves here on Naijaknowhow to help make a selection of some of the most popular offline iOS games that are actually worth playing on our iPhone or iPad. Have fun on the go! play anywhere, anytime!

If you’re an addict to car racing games, then this game is just for you. Asphalt 9: Legend‪s‬ is a super racing game for iOS devices. The stunning and interactive graphics, the wide range of smashing and dashing ultra-fast cars, and several other amazing features of the game will definitely captivate and keep you glued to the game once you start playing. Apart from the over 40 high-speed tracks available in the arcade mode, there is the multiplayer racing feature that allows you to race with up to 12 opponents.

The game is equally loaded with extensions and upgrades as well as unique game modes, career events, car collections, mastery challenges and many more. What more? you can unveil new locations and customize your car collections without the need for an internet connection. 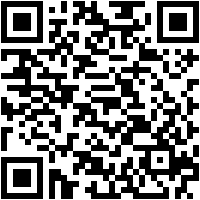 It’s time to save your yard from zombies. As the title suggests, Plant vs Zombies 2 iOS Game is the second version of the highly successful game Plant vs Zombies. You get to battle across more than 9 crazy worlds of zombies, all the way from Ancient Egypt to the Future. The game feature 300+ levels with tons of challenging zones, and as usual, Dr. Zomboss – there to take you one-on-one at the end of every world.

This game is free and can be played offline. So, It’s time to save your yard from zombies. Get the game and be ready to battle the waves after waves of zombies that will be coming your way. This is an arcade game that will be loved by any age group. Crossy Road – Endless Arcade is a fun and addictive iOS game. In the game, by default, you assume the character of a chicken and have to go as far as possible encountering obstacles like cars, trains, and rivers that can cause you to die. As you advance in the game, you can decide not to take the form of a chicken and can select any other character out of the 145 provided.

You can make your way past those obstacles (by tapping, jumping, moving, and collecting the coins alongside) continuously for as long as you can. If you have ever played subway surf or any of this kind of game, you understand that the higher your score, the more you want to play to beat your friend’s top score. Letterpress – Word iOS Game is a fun and challenging word game that has gained much popularity because of its challenging and deceptive techniques of playing. In this game, you can either choose your own player, or Letterpress finds an opponent for you. Get notified when it’s your turn, chat in real time, and track your performance on the leaderboard where you can find all the statistics of your gameplay.

The game’s interface is friendly and highly customizable It’s got an amazing and user-friendly interface which is customizable too. Get into the battlefield of words and get your own position on the leaderboard with a new and updated dictionary. One of the most entertaining racing games around is the Hill Climb Racing 2 iOS Game. For every player in this game, the player has different play styles and can choose different vehicles. But the player has to unlock it. The game is full of challenges and you have to compete with others for the No. 1 position. You can also invite your friend into a daily competition. The only bad side to the game could be its low-resolution graphics. Well, we all know this game. This is one of the first games I played on a high-end device, though not an iOS device. This is a very simple game where you use your finger to slash through the different type of fruits that pops up in the air. You just don’t have to miss any of the fruit.

You may remain in this game as long as you can keep cutting and cutting and of course, cutting right because cutting anything else that pops up along with the fruits might get you in trouble. The longer you stay in the game, the more the difficulty level increases. The game is as amazing as its catchy graphics. This is a game for every age. This game has recently emerged as one of the best and most interesting village building games. Keeping in mind the storyline of Smurfs, you can build your own Smurf’s village by building new huts, bridges, mushroom homes bakeries and so on. The game has the whole Smurf family and you can choose to play with your favourite Smurfs. Harvest your smurf berries to get more of the crops and expand your blue village by decorating with gardens, hammock, flower chairs and much more.

You can play in offline mode to manage your very own created Smurf’s village. Sorry, I don’t “feel” this type of game but I just have to include it as I have two friends that are particularly crazy about it and I am sure there are other people who are so not like who would love it. 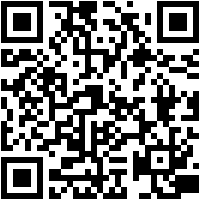 This would have been my favourite game of all but unfortunately, I don’t own any iOS device. Am proudly an android fan. Criminal case iOS Game according to ratings is the user’s all-time favourite mystery and a case-solving game where you help the Police of Grimsborough to solve mystery and murder cases.

As you solve one, you advance towards to next level. This game makes a real detective out of you as you will investigate the crime scenes, look up the clues, bring in suspects for questioning, gather all the findings and find out who is the real culprit; interrogate them and witnesses as well. And just like in movies and real-life situations, you’ll be encountering deadly corrupt and liars throughout your whole investigation.

But the challenge of the game is for you to find a way to analyze the clues and samples you have gathered very carefully to look for strong evidence to catch the culprit. Play with your friends to unleash your detective skills. This game is simply fantastic for an offline game. Tell me you have never played or even heard of The Dream League Soccer game before and I will be forced to ask you why you are reading this post because it definitely means you are no mobile game fan. This is the game I had to quit on my Android phone to write this post. It is certainly one of the most popular soccer games out there.

The game is available on both Android and iOS platforms. The Dream League Soccer iOS game gives you the experience of an authentic soccer league by giving you the freedom to customize, create and control your own dream soccer league team. This team features real FIFPro™ licensed superstars.

This game contains tactical AI (Artificial Intelligence) and very realistic animations that provide a very challenging and equally exciting experience. The highly rich content game is extremely customizable as well, meaning you can develop your players and kits, build your own stadium, according to your preference. You can also compete for your team against the other teams online. You can sync your progress to iCloud and play across different devices. Save and share your favourite moments with your friends with ReplayKitLive support. 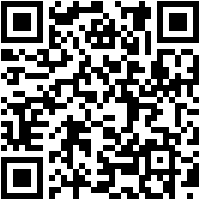 Games are amazing ways to use your leisure time. Offline iOS games are even better as you can play anytime, anywhere with no worries whatsoever about an internet connection. Now you know what to look for next time you hit the Appstore to download a game.