Sharp is not well known to us, but the company has just succeeded in unveiling a prototype of a flip phone with a folding screen out of its sleeve. 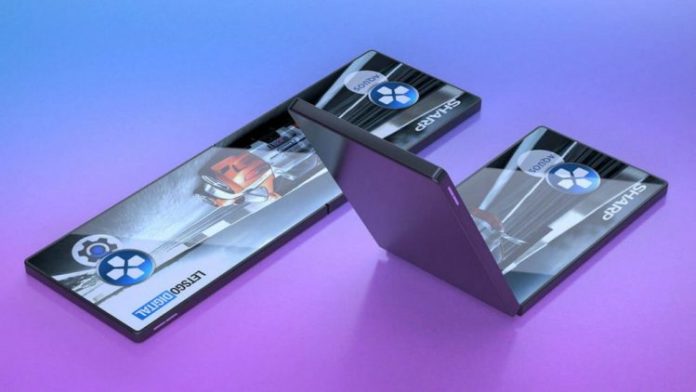 In addition to major brands such as Samsung and Huawei, there is now a smaller brand that is entering the market for folding smartphones. The Japanese Sharp focuses primarily on monitors and has now added a foldable copy. As a demonstration, it has applied this to a popular device that we like to fold today, the smartphone.

This smartphone prototype from Sharp contains a folding display of 6.18 inches with a resolution of 3040p x 1440p (WQHD +) with a notch at the top. This prototype has a screen that folds inwards like with the old flip phones and as many people hope to see with the new Motorola RAZR which is being speculated fiercely. Sharp’s screen could also fold inwards and outwards and could be folded about 300,000 times.

Whether folding smartphones will still be a trend in a few years’ time, is doubtful. On the editorial board, we fully agree that these smartphones will be singing their song fairly quickly.