Sony has another new device on the horizon, the Sony Xperia XZ4 - the new flagship for the first half of 2019. It seems to be a major innovation from the current Sony Xperia XZ3. 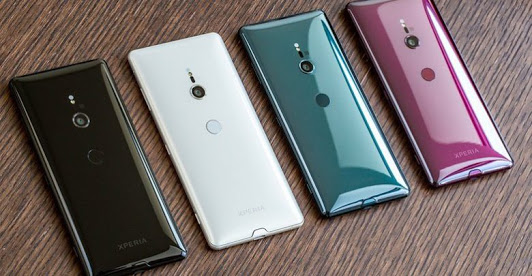 At the end of August Sony released the third generation Sony Xperia XZ, the second device with Sony’s new design language. Meanwhile, it also seems not long before a new device in the XZ series will come, and a high-end Sony Xperia XZ4. Via OnLeaks, well-known and also familiar leakster, there are now images of the device – so the design of the device is most probably already exposed… including that there will now be three cameras at the back, plus a single selfie camera on the front side.

21:9 screen on a smartphone

An interesting change on the phone is the screen at the front; it is now a lot bigger compared to the current XZ3. Where the current XZ3 has a 6-inch screen, the Sony Xperia XZ4 goes to a 6.5-inch screen. Sony has also made changes to the aspect ratio, so we will for the first time see a 21:9 screen at the Xperia XZ4 – currently the XZ3 still has an aspect ratio of 18:9, a standard among almost all phones these days.

A standard that Sony would not like to participate in is the notch, a notch that also seems to be absent from the upcoming generation. Unfortunately, the renders do not release anything about the resolution and other information about the screen – so it is unknown whether Sony once again chooses OLED over LCD, as it has done with the Sony Xperia XZ3.

So… #SONY goes massive with it's upcoming #XPERIAXZ4! And as usual, guess who provides you the very first and early look?… ? (official looking 5K renders + 360° video + dimensions) This time, on behalf of my Friends over @mysmartprice -> https://t.co/335BfNDbbj pic.twitter.com/xfOcP7sdLa

In addition to the larger screen, Sony has also opted for a new camera set-up, on the back there are three cameras – for comparison, Sony has been using the same 19 MP-sensor in its phones for years, possibly that changes now. What the exact specifications of the three sensors is not known, and will have to wait until the unveiling.

Incidentally, that does not apply to the buttons in the housing, which are already clearly outlined. Like ‘old times’ at Sony, there is a button to quickly start your camera and take photos with you. There are also the volume buttons, and the fingerprint scanner can no longer be found on the back – this is probably placed back to the side in the on / off button.

We are already discussing when the disclosure would take place. This time, Sony is not choosing to unveil its new phone during CES, but it is appropriate to serve as a platform for the unveiling at the Mobile World Congress. Presumably, we will hear more about the phone before that time – it is still difficult for news agencies to keep information on board.

Virtual Private Networks (VPNs) are increasingly being used to get around the internet without using quotas.
Also Read:  Xiaomi CEO Reveals Three of His Favorite Smartphones
While VPNs guarantee security, cybersecurity experts warn that there...
Read more
Social Media