Some fans aren't satisfied with the features and price of the new TECNO phone. It's sad that this device has drawn a lot of negative comments from readers online. Learn more! 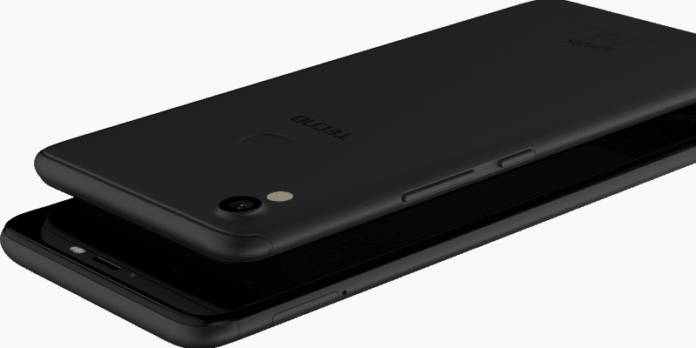 TECNO newly launched the TECNO Spark 2 Go edition smartphone June 8th, 2018. This device has a premium build quality, no doubt. I was particularly impressed by its polycarbonate build which is unquestionably striking for a budget device.

Unfortunately, some fans aren’t satisfied with the features and price of the new TECNO phone. it’s sad that this device has drawn a lot of negative comments from readers online.

Here are some screenshots I took from a popular TECH blog! 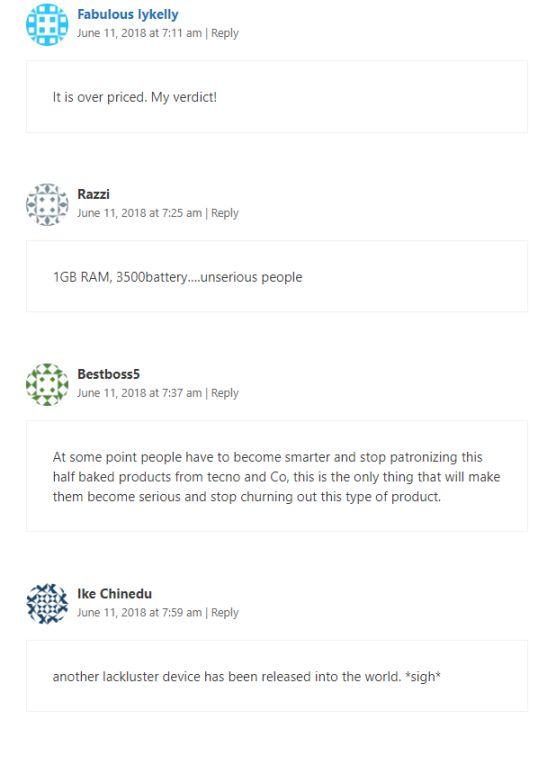 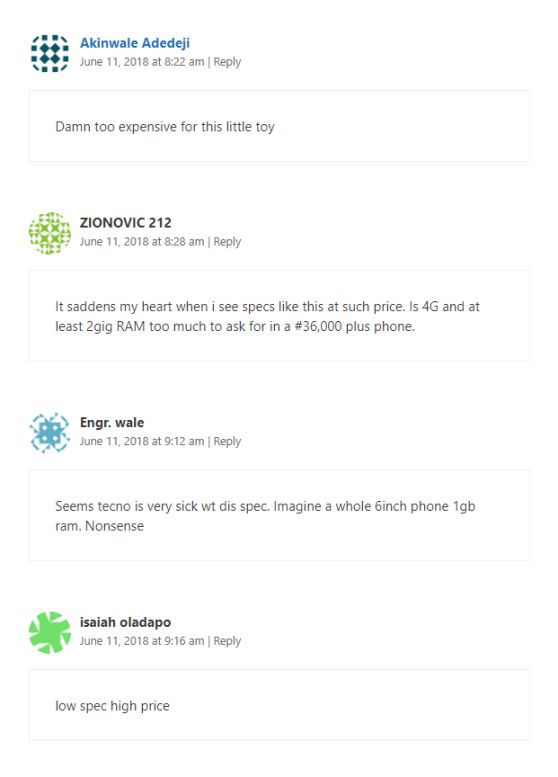 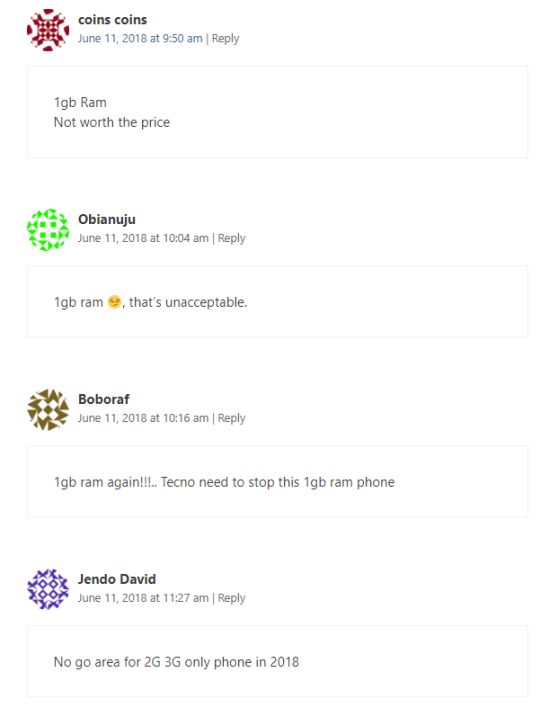 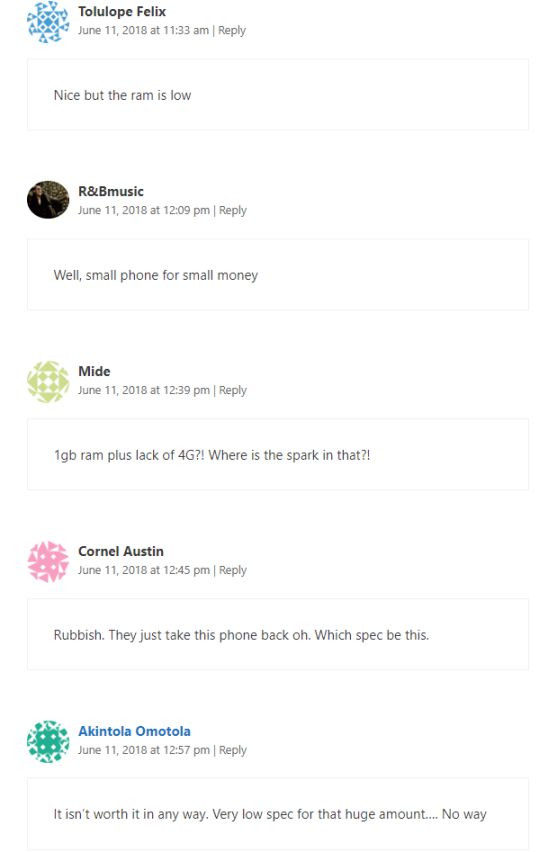 Here are the Spark 2 key specs in case you didn’t see the full specifications I posted earlier.

Based on the comments, this is confirmed that many Android enthusist don’t know what a Go edition smartphone is.

However, before we join the bandwagon that jumped into conclusion too early, I think a 1GB RAM for a phone built to cater for Go edition apps isn’t too bad. Go edition software are designed basically for entry-level smartphones with new and optimised application for better and faster performance. 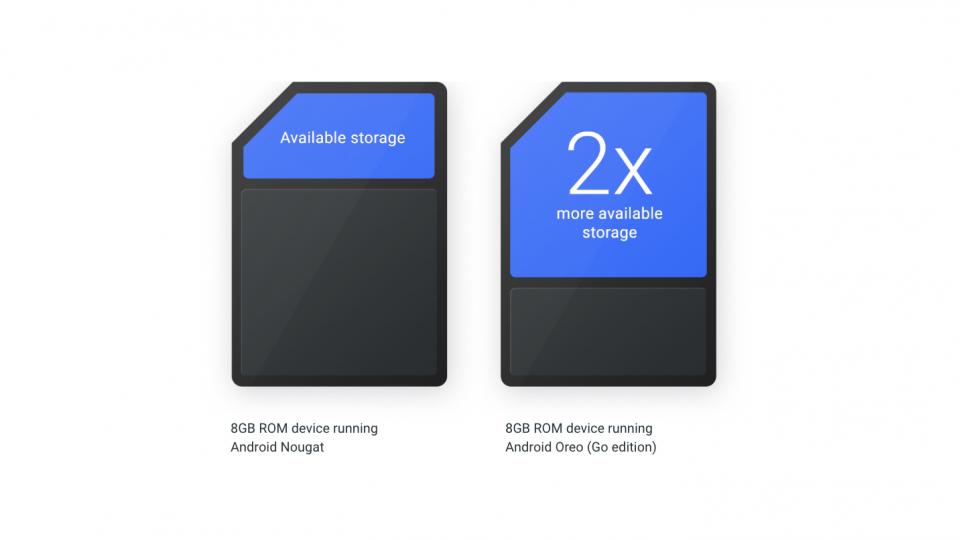 Android Go is already being preinstalled on new budget smartphones. You will already find them on the Alcatel 1X, the Nokia 1 and the ZTE Tempo Go, each of which has 1GB of RAM and a quad-core processor. The others are Lava’s Z50, Micromax’s Bharat Go and General Mobile’s GM 8 Go. All these phones have low specifications: the Nokia 1 comes with just 8GB of storage (which you can expand to 128GB using an SD card) and a 5-megapixel rear camera (2-megapixel front-facing).

So why the attack on TECNO’s new Go Edition smartphone? 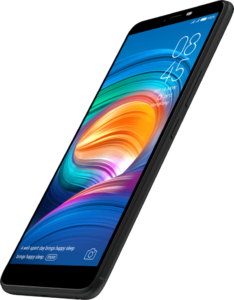 Although, I know they are trying to optimised performance… sadly, I’m not so sure about not having a 4G LTE on this device, but a 3500mAh battery capacity, a Face ID and a device coming in 2GB RAM variant (Spark 2 PRO)… I have no words! Funnily, some normal Android phones between 30,000 to 40,000 Naira in Nigeria lacks the availability of Face ID. So why bother?