UMIDIGI One recently got announced by its OEM - UMIDIGI as the latest mid-range smartphone of the brand. Check out its full specs, features and price in Nigeria.

UMIDIGI One recently got announced by its OEM – UMIDIGI as the latest mid-range smartphone of the brand. It was announced alongside a Pro version which will be looked at later. The smartphone, although an upper mid-range device is classified by its makers as a compact flagship.

By the way, UMIDIGI is a Chinese firm that concentrates on the design and manufacturing of smartphones. The smartphone was founded in China, year 2012 and was previously known as UMI.

Well, this smartphone is a show-stopper, and we’ll get to see its features in full. Kindly take a seat.

UMIDIGI One Quick Review – What You Need to Know

Unarguably, UMIDIGI One is beautiful. Taking on the side to side edges with shrewdness, and crafting the entire piece in aluminium alloy, the device touches down perfectly. As a show of trend following, the top notch appears on its bezel-less display. Mind you, the screen boasts of 82% screen-to-body ratio.

MediaTek Helio P23 provides enough power to run this Umidigi One without glitches. This chipset carries as much as eight cores that clock at 1.5GHz but can reach a max of 2.0GHz speed. The commanding officer in the GPU sector is the Mali G71. Additionally, a 4GB RAM controls the smooth running of apps on the device.

Elsewhere, 32GB internal memory sees to the proper storage of files such as music, videos and the likes. It can be extended to 256GB with the aid of a MicroSD card. The device runs on stock Android 8.1 Oreo OS which comes with the full Android features.

This phone relays its display on a mammoth 5.9-inch IPS display with 720 x 1520 pixels resolution. 19:9 aspect ratio is in the mix to increase the screen estate available for viewing pleasure.

Facial recognition is another mainstay of this smartphone. It’s a feature supported on the 16MP front camera. On the flip side, the dual camera setup of 12MP and 5MP cement photography operations. A dual tone dual-LED flash gives brightness in low light circumstances.

With the 10W Fast charging technology support on the phone, the battery has little worries in charging up fast and without stress. The battery holds a 3,550mAh capacity that’s enough to run for 344 hours on standby.

Here are the UMIDIGI One key specification… 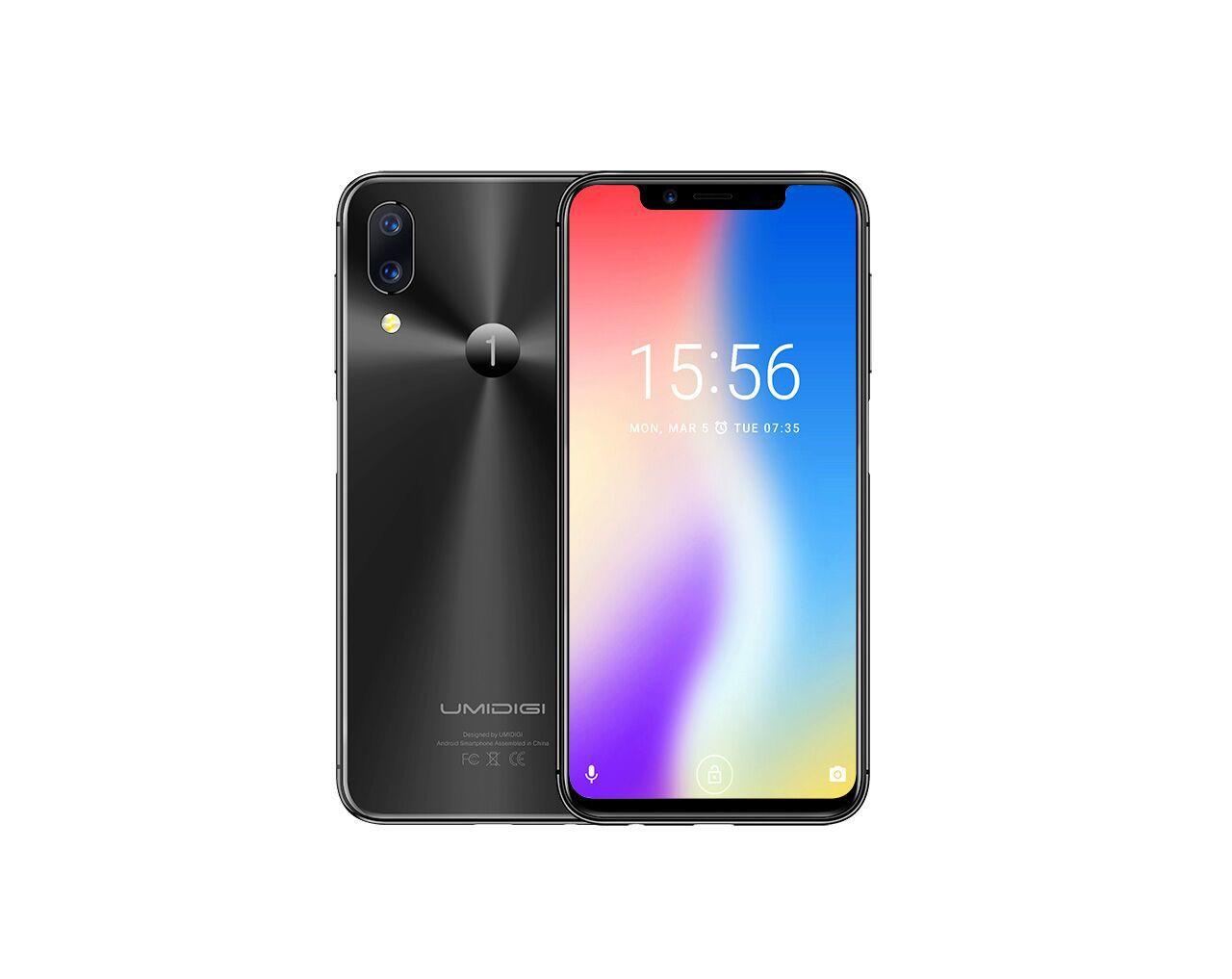 UMIDIGI One Price and Availability

The UMIDIGI One launched July 2018, it is available in colours Twilight, Carbon Fibre. You can order the phone from any of the online shopping markets using the links below. UMIDIGI One retails at $170 (₦60,000 – ₦65,000 in Nigeria). (CLICK TO BUY UMIDIGI ONE or CHECK OUT OTHER PHONES UNDER N70,000)

UMIDIGI One Full Specifications and Features

Where to buy UMIDIGI One

CLICK HERE TO BUY THE UMIDIGI ONE in Nigeria.

Kindly share with us your opinions about this smartphone in the comments and also check the UMIDIGI One Pro.