I've selected the best smartphones under ₦70000 naira (between 60k to 70k) for you and these phones will feature some of the best features. Scroll down to check out the list of the best & cheapest mobile phones below ₦70,000 in Nigeria. 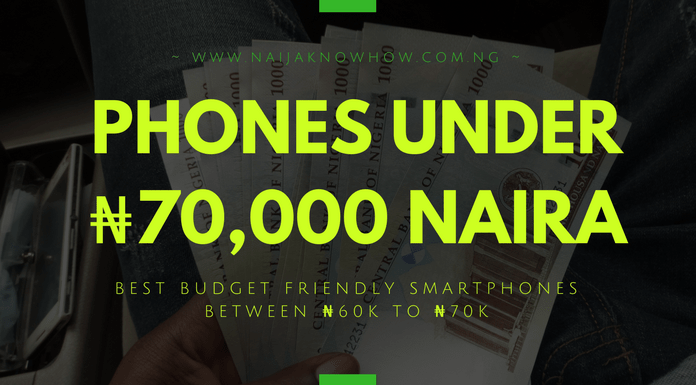 Are you in search of the best phones under 70000 naira? Here are the best mobile phones below ₦70,000 in Nigeria with their current prices as of 2020.

If you are a follower of this NAIJAKNOWHOW, you’d notice that we’ve been collating some of the top budget smartphones you can purchase on the Nigerian mobile market. And this post isn’t any different.

Here are some of our budget smartphone list all based on your financial capacity;

Today, I want to share with you a carefully picked range of smartphones that you can buy if you are on a reserved budget of between 60,000 to N70,000 Naira. Before we delve right in, I want you to go through some of our phone shopping guides, this article shares insightful tips on things to consider before buying a phone.

Are you done reading that?

Okay, let’s head back to the guide of the day.

Apart from certain Android specifications to look out for, these phones you’re about to see are considered the most popular budget smartphones between 60k – 70k. And are arranged in no particular order. It covers various popular brands especially in the Nigerian mobile market, although don’t expect to see mobile phones that have insane iPhone X-like features!

If you want such, check out this list of the best Android phones in Nigeria and their latest prices. 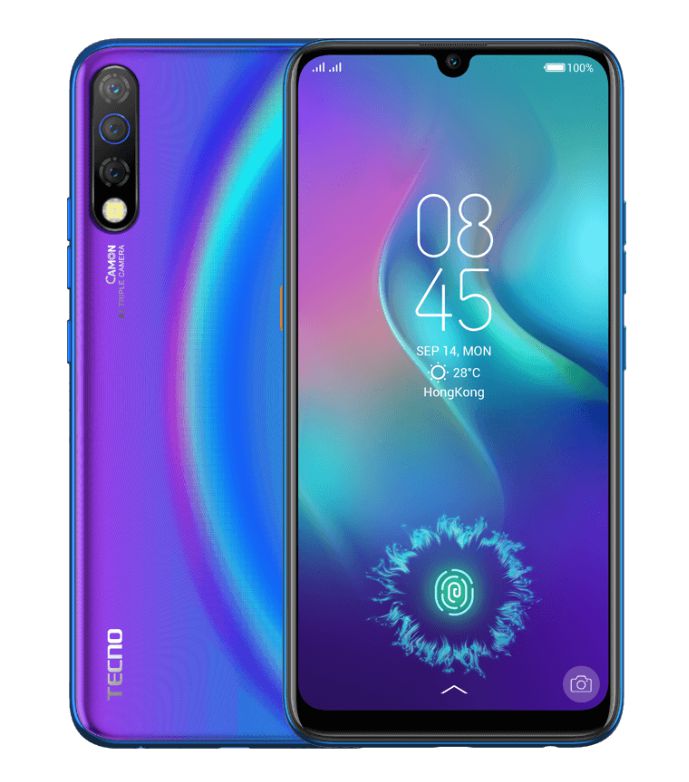 The TECNO CAMON 12 Pro which has been likened to the TECNO Phantom 9 is the bigger model to the CAMON 12 and the successor to the CAMON 11 Pro. The TECNO CAMON 12 Pro sports three rear cameras on the back, one of which has a 16-megapixel lens. The smartphone also has a large 6.4-inch display, a large 4000mAh battery and an efficient MediaTek Helio P22 chipset. The device runs on Android 9 Pie with a touch of TECNO HiOS! 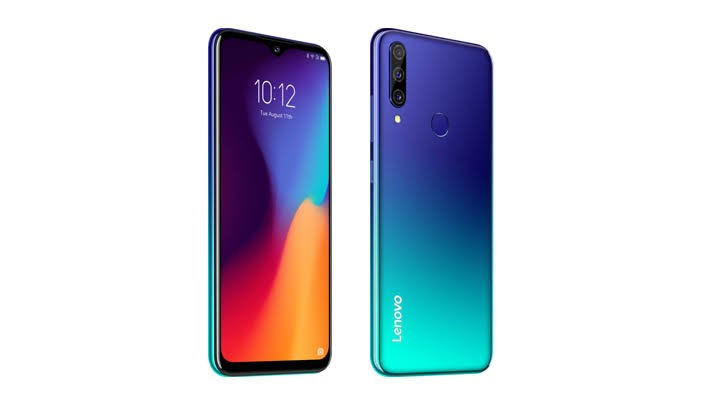 Lenovo introduces a new smartphone known as the Lenovo K10 Plus to its budget K series. The smartphone arrives with amazing features such as the triple rear cameras, Snapdragon 632 SoC, 4GB RAM, and a decent display. These features are very moderate for a budget user.

Here are the Lenovo K10 Plus key specifications… 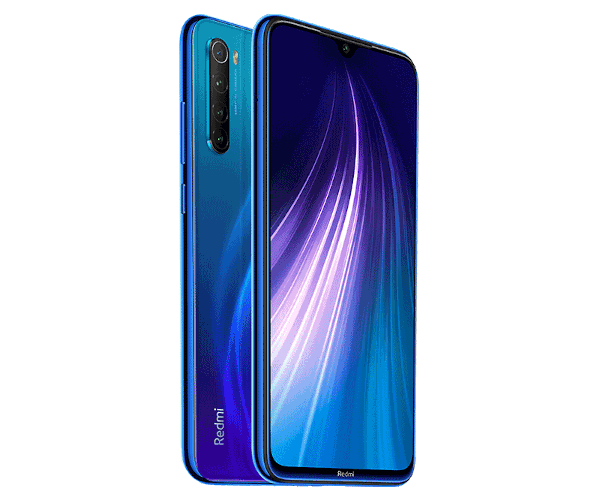 The Redmi Note 8 newly launched succeeds the Redmi Note 7 which happens to be one of the most shipped devices of 2019. The new Redmi family come with a much robust camera setup compared to its predecessor. 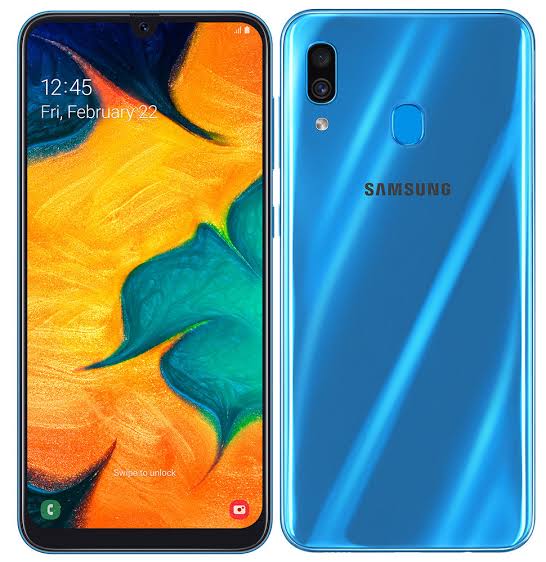 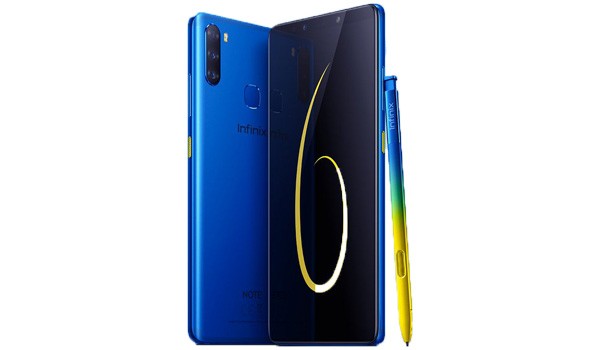 Chinese smartphone brand Infinix under the umbrella of Transsion has introduced a smartphone with a built-in stylus pen, namely “Infinix NOTE 6” for Africa and Asia. The Note 6 is the successor to last year’s Note 5 which was also accompanied by a Note 5 Stylus variant. 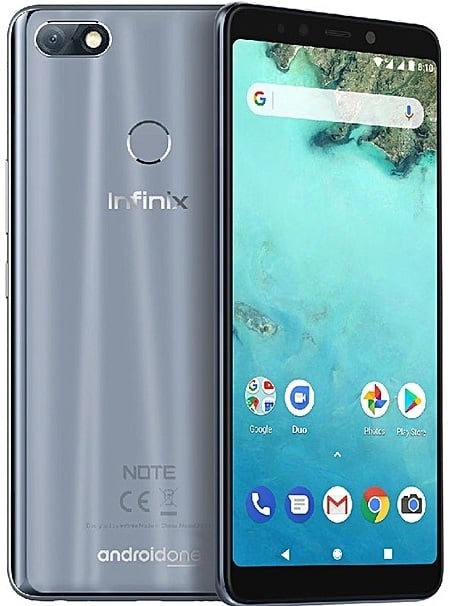 Starting from the display, the Note 5 will feature a regular 6-inches (1080 × 2160 pixels) display just like we have it in the previous edition. Although, they’ll be followed by an 18:9 aspect ration which we’ve seen on many smartphones in 2018. Infinix first debuted the 18:9 display on their Hot S3, immediately followed by the Hot 6 and Hot 6 Pro.

This model of Infinix phone is known to not just have large displays but big battery which makes them a perfect fit for long hours of entertainment. It also comes with other modern features like Face ID, massive 4500mAh battery, fingerprint scanner and so on. Click here to check out Infinix Note 5 full features and specs. See key specs below: 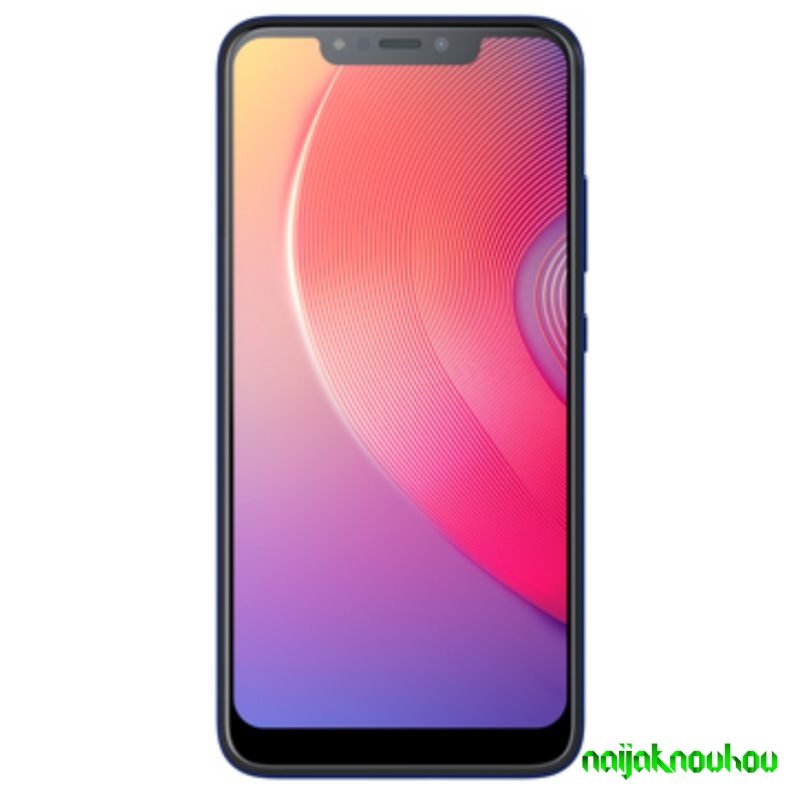 Hot S3X is the first Infinix smartphone to come with a notch display! This one follows the previous footsteps of the Hot S3 and Hot S3 PRO announced some months ago. Infinix Hot S3X’s finish is the hub of attractiveness for this phone but its display is also not left out… It will sport a huge 6.2-inches display screen in tinier body and Notch of Infinix’s Hot S3X is also stunning as its design just like it is on the Hot S3. Resolution of this smartphone is 720 x 1500 pixels which are really awesome for watching movies and videos.

The latest Android Oreo OS runs the software show and user experience on this device. Its performance, as well as the phone’s general performance, is anchored by the Qualcomm Snapdragon 430 chipset. This chipset holds a 64-bit Octa-core 1.4 GHz Cortex-A53. Meanwhile, Adreno 505 GPU coordinates the graphics output of the smartphone. 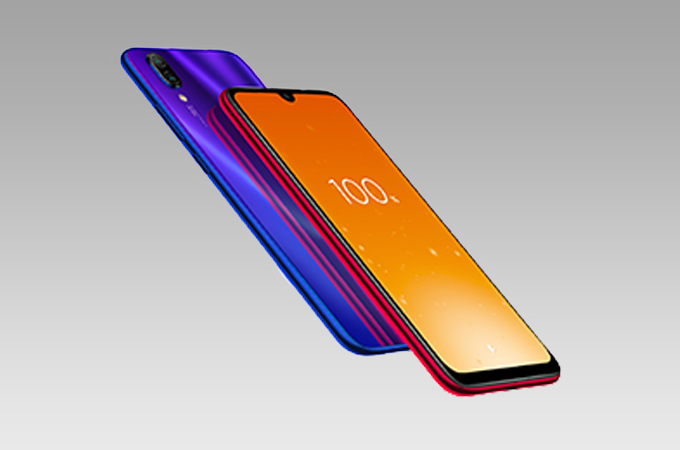 Like every other Redmi Note phone, the phone is pretty huge and packs a lot of blood in its heart. Undoubtedly, the amount of gusto that will be delivered through the phone’s internals and externals is clearly top notch. 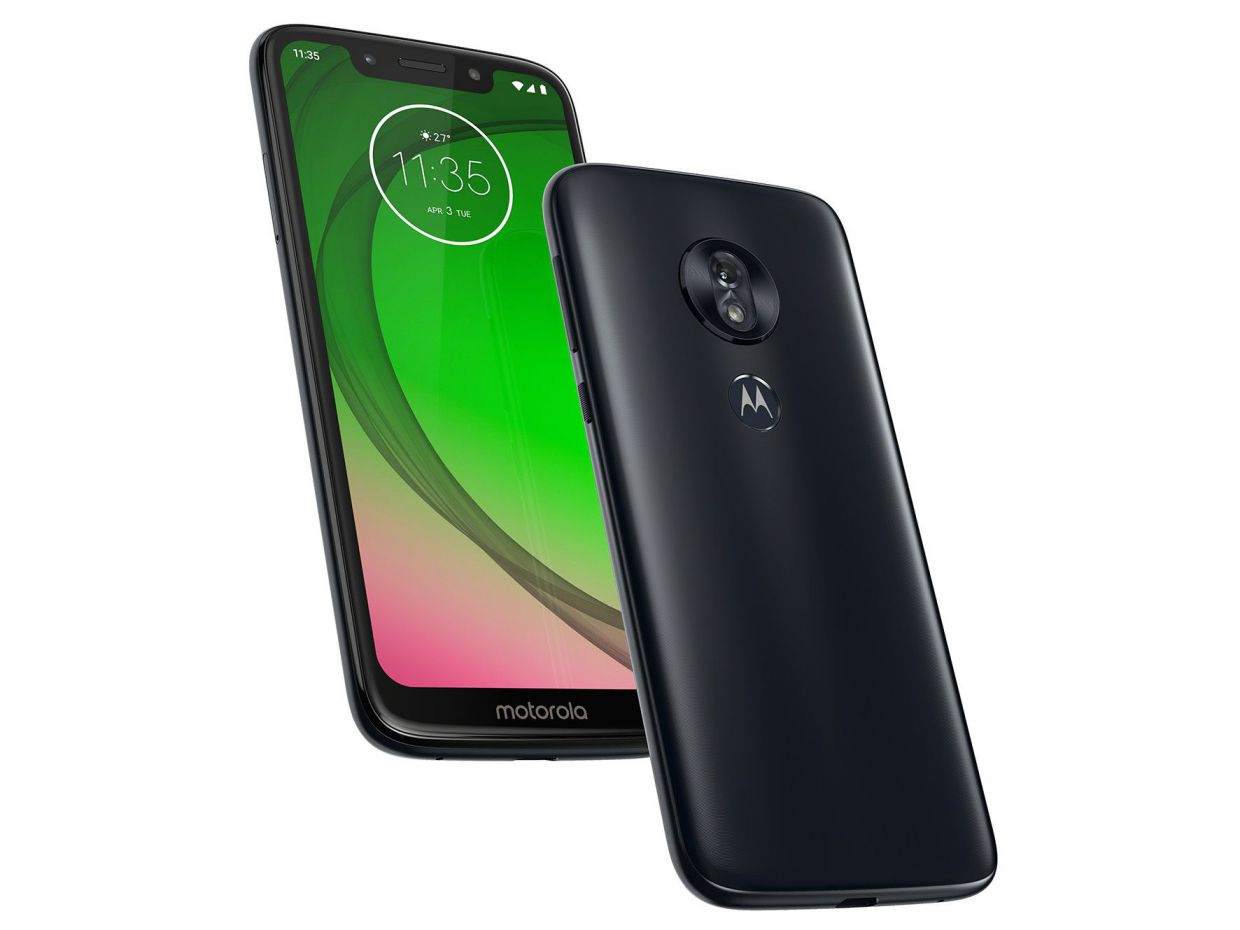 Moto G7 Play is also slightly smaller than the three siblings, which is 5.7 inches with HD + resolution and honoured with the presence of notch similar to Moto G7 Power. In the camera sector, this variant has a configuration of one rear and front camera, each with a resolution of 13MP and 8 MP.

Moto G7 Play is powered by the Snapdragon 632 chipset with a combination of 2GB RAM and 32GB of internal memory, supported also by a 3000mAh capacity battery. 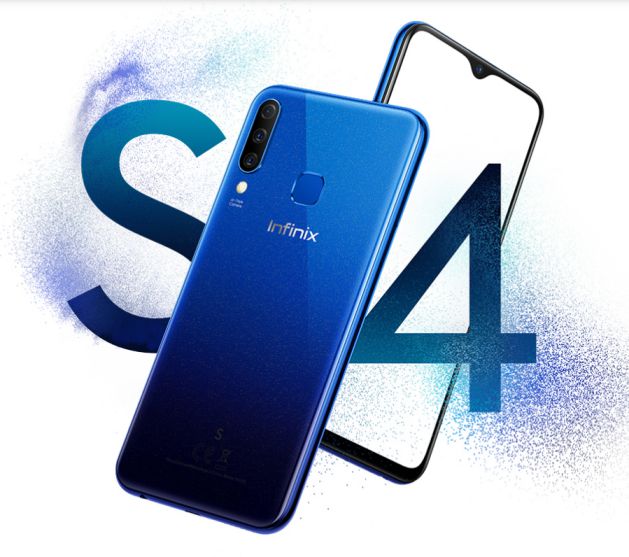 The Hot S4 device has a total of four cameras, each with its own function. Furthermore, the Infinix Hot S4 has a glossy glass housing with a waterdrop notch display, a beautiful HD+ screen and a 4000mAh battery capacity. The Hot S4 runs on Android 9 Pie with a touch of latest XOS 5 launcher!

Then, click here to find out MORE android smartphones between 60000 to 70000 in Nigeria.

Now that you’ve seen my list of the cheapest phones below 70000 Naira in Nigeria, don’t you think it’s right if you check out what I compiled on the cheapest Android phones in Nigeria in case you missed it above?

The smartphones you just saw were carefully selected based on the availability of their repair centres in Nigeria. Although there are cheaper phones between 60000 to 70000 naira in Nigeria, this list isn’t just for the affordable but also the ones you can repair easily when they get bad!

Let me know what you think about the phones listed above. Have you used any of them, are they worth the mention? Or perhaps, do you think there are more quality smartphones that need to be included in my list of phones under 7000 Naira?

Thanks for stopping by, before you go… you can check out other interesting phones articles on Naijaknowhow.net.

Currently, many smartphone brands are innovating towards presenting a notch-less smartphone and also thin bezels to provide a full-screen experience when viewing content on...
Read more
Phone Specs & Reviews

Samsung is currently preparing to release its newest flagship smartphone, the Galaxy Note 20 and Note 20+. Although it has not been announced, the...
Read more
Android

5 Smartphones With The Best Rear Camera Score of DXOMark

The development of outstanding technology has increased rapidly so that many vendors have begun to present high-quality products, one of which is a smartphone...
Read more

WhatsApp is currently one of the most widely used online messaging applications. But now there is a modified WhatsApp application that offers users more...
Read more

How To Reply To A WhatsApp Chat Without Being Seen Online

Some people may feel uncomfortable and disturbed if they appear online in the WhatsApp messaging application. The reason is, they may want to avoid others...
Read more

When we come to the world of both FPS and TPP games on Android, it's no doubt that PUBG Mobile stands out as one...
Read more
Load more