Acer Updated Swift 7, The Thinnest Laptop in the World 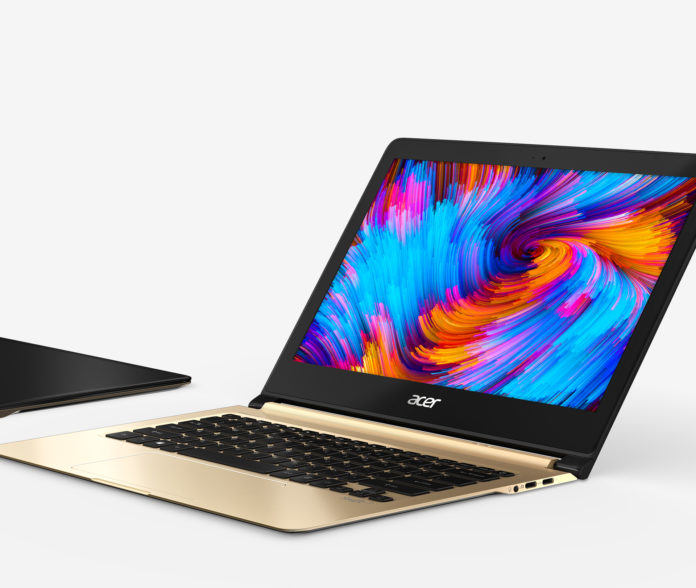 Acer is set to launch the updated Swift 7 at the CES 2018. Build up to the CES 2018 has seen tech companies update older models of laptop with Acer set to join the pack with Swift 7. Acer claims the Swift 7 is the thinnest laptop in the world.

The updated model is even thinner than the previous version at just 8.98 millimeters thick. It features a quad-core seventh-gen Intel Core i7 processor leaving grumbles about why the latest eighth-generation model wasn’t used.

Other notable features include built-in voice recording and integrated 4G LTE connectivity which is rare in laptops. This device is only available in the single configuration at launch.

Full features will be unveiled at the CES this week. The device expected to hit stores in the March 2018. The starting price tag of $1,699 may be a bit much considering it doesn’t come with newer Intel processors and more storage space.

Acer has also announced an update to its Gaming laptop, the Nitro 5, which features an AMD Radeon RX560 graphics card. It comes with a 15.6inch 1080p panel with configurable RAM and SSD storage and only costs $799.

Also Read:  How to Access Blocked Sites on PC and Smartphone (4 Ways)

The new Swift 7 will be available in March. The Acer Swift 7 (2018) offers a great design, a good display, 4G LTE connectivity and top notch hardware for a moderate price.

Also Read:  How to Create a System Image to External Hard Drive in Windows 7/8/10?
- Advertisement -

How to Create a System Image to External Hard Drive in Windows 7/8/10?

Windows operating system is the main OS for the Desktop, and it’s the basis to execute anything else. If you are getting missing operating...
Read more
Android