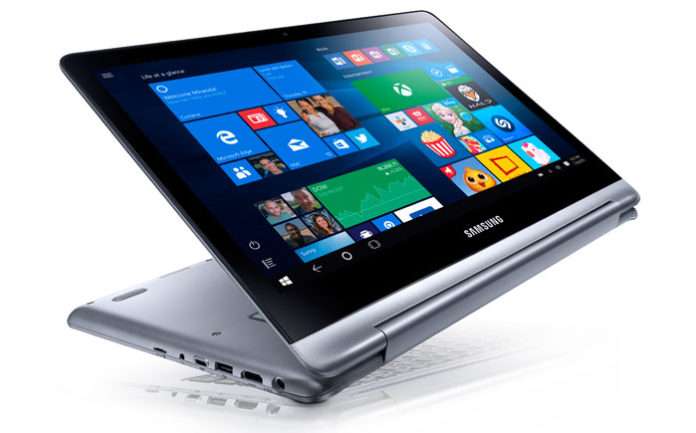 The original Notebook 7 spin was released back in 2016 by Samsung. A relatively inexpensive laptop that turned into a slightly unwieldy tablet. It garnered solid reviews for being equipped with a decent amount of firepower but came under scrutiny for its design. Ahead of the CES this year, Samsung has announced an updated version of the Notebook 7 spin.

This refreshed version doesn’t stray far from Samsung’s original formula. The updated model also offers a convertible tablet with a 360-degree 13-inch display. It features a quad-core eight-gen Intel Core i5 processor and comes with stylus support. Although it should be noted that the Active pen is sold separately.

Other notable features include built-in voice recording and a fingerprint scanner that helps secure those private folders you don’t want friends to have access to. The Notebook 7 Spin is only available in the single configuration at launch.

Full features will be unveiled at the CES next week, with the device expected to hit stores in the first quarter of 2018. The price has still not been unveiled but if Samsung keeps things under $1000, the notebook should make a pretty solid choice for students.

In conclusion The Notebook 7 Spin (2018) may not be an exceptional system by any measure but it’s fairly well-rounded.