Apple and Huawei Claim First Use of 7nm Chipset

Apple said that the iPhone XS and XS Max were the first smartphones with 7nm manufacturing. However, Huawei actually has already launched a chipset that applies a similar architecture. Kirin 980 is the intended chipset. Learn more! 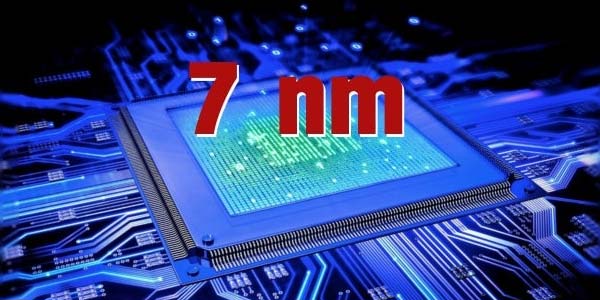 Apple said that the iPhone XS and XS Max were the first smartphones with 7nm manufacturing. However, Huawei actually has already launched a chipset that applies a similar architecture. Kirin 980 is the intended chipset.

Even so, this chip is made by TSMC, which produces both chips. TSMC entered volume production with 7nm technology in April, and rival Samsung moved towards 7nm commercial production later this year or early 2019.

GlobalFoundries has recently abandoned its efforts to develop the 7nm process, arguing that billions of dollars of investment will never pay for itself.

And Intel announced a delay in its move to enter the next manufacturing technology, which is referred to as a 10nm node but that might be equivalent to other 7nm technology.

According to Apple, neural machines can do 5 trillion operations per second – an eightfold increase – and consume one-tenth of the energy of its predecessor.

From GPU cores, two are designed for performance and 15 percent faster than their predecessors. The other four are built for efficiency, with a 50 percent increase in the metric. The system can decide on the combination of the three core types that will run the task very efficiently.

On the other hand, the Huawei chipset, Kirin 980, was unveiled at IFA 2018 in Berlin on August 31, 2018. It packs 6.9 billion transistors into one square centimeter chip. The company said it was the first chip to use a processor based on the Arm’s Cortex-A76, which is 75 percent stronger and 58 percent more efficient than its predecessor A73 and A75.

It has eight cores, two large high-performance A76 based, two medium-performance ones which are also A76s, and four smaller, high-efficiency cores based on the Cortex-A55 design.

The system runs on a variation of Arm’s big.LITTLE architecture, in which immediate, intensive workloads are handled by the big processors while sustained background tasks are the job of the little ones.

The Kirin 980 GPU component is called the Mali-G76 and offers a 46 percent performance improvement and 178 percent efficiency improvement from the previous generation.

The chip also has a dual-core neural processing unit which is more than double the number of images that can be recognized up to 4,500 images per minute.