Best Building Games for Android and iOS in 2021

Building games are always fun to play and they take most of our time once we launch them and begin to do some building tasks. From building cities to building villages and also doing some construction work.

Building games are often regarded as simulation games, there are some flight and car driving simulator games we have here on NaijaKnowHow, they’re fun to play and they’re the best at the moment.

In these building games, you can either build a city from scratch or rebuild a wrecked city. In this article, you’ll know more about the best building games you can play on Android and iOS, be the best builder in the game by completing some hard task building projects.

List of the Best Building Games for Android and IOS

Township is a very popular building game on Android and IOS, in this game you’ll take the role of a builder and also a farmer, but first, you have to build your town then also make sure everything is set in place before you proceed to develop your farm, there is a lot of tasks in this game, you can build restaurants, cinemas and also some buildings that’ll help the community.

Township has many features, you can make decorations for any building you build, you can also grow crops and process them at the factory, you can also engage in foreign business, trade some of your resources and earn more. Township is a good building game for Android and IOS. 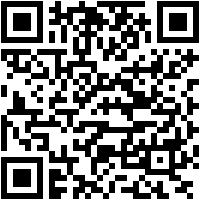 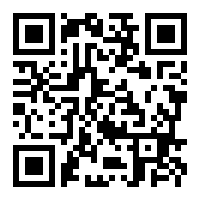 SimCity is a different building game entirely and I prefer this game cause it has modern infrastructures in it. Your role in this game as a mayor is to build an advanced metropolitan city, develop modern buildings and also interact with different players online. You can decide how your city will look like by trying one or two building designs before you fully implement what you have in mind.

In SimCity, you can compete on real-time PvP, you can chat and make friends in this game, you can also challenge other players in this game, be the best mayor in town by making sure your city is well built and has world-class infrastructures in it. There’s a lot of fun in SimCity. 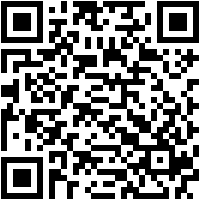 Forge of Empires is a battle building game where you have to build your city from the ages and turn it into a glorious empire, you have to guide your city through the ages, make researches on new technologies, make expansion and play against other players by showing them who the best is.

Forge of Empires has many features, you can trade goods with other players who are your allies, develop new technologies and also make discoveries on new buildings. Forges of Empires is one of the best building games on Android and IOS. Town city is one of the best city building tycoon games on Android and it’s an offline game where you can build your small village to a town, from a town to a very big city. Use your creative skills to build the perfect village, cities and also metropolis towns, there are over 300 cool buildings you can unlock and also upgrade. Town City is very addictive and it has some cool features in it.

Town City is one of the best building games you should play on your Android device if you love playing building games, build the best cities and also add some modern infrastructures like skyscrapers, world-class hotels and many more. Minecraft is another building game that worths the hype it gets, it’s a paid game you have to buy before installing. In Minecraft, your task is quite different from how it was on other listed building games, in Minecraft you have to build from scratch by digging for resources around you. Build your city and also protect yourself from players that’ll want to attack you.

Minecraft offers unlimited resources to build cities and also weapons, you can play with 4-10 players, it’s a game with a lot of features and it’s very addictive. Minecraft is one of the best building games for Android and IOS users.

These are the best building games you can play on your Android and IOS device, they all focus on one goal which is building cities and also expanding the city by doing trades and also interacting with other builders like you. Don’t think you’d get bored playing any of these games.

List of All TECNO CAMON Series Phones in Nigeria (2021)