Recently LEAGOO has marked its entry into the booming African e-commerce market and launched its official online store on the largest local online retailer -- Jumia. In collaboration with Jumia, LEAGOO plans to provide diversified smartphones with interesting specs to fit local users needs. 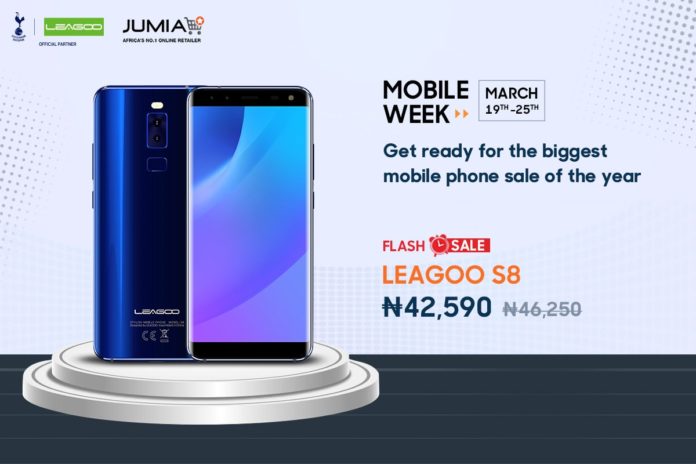 The mobile market in recent years has witnessed quite a few emerging phone makers entered the rising African market. One of them is LEAGOO Global, a Hong Kong-based leading export brand. Established in 2014, LEAGOO now has a presence in more than 40 countries globally.

Recently LEAGOO has marked its entry into the booming African e-commerce market and launched its official online store on the largest local online retailer — Jumia. In collaboration with Jumia, LEAGOO plans to provide diversified smartphones with interesting specs to fit local users needs.

LEAGOO targets young consumers aged between 18 to 35 who have rational consumptions and take customer support seriously. By providing them high-tech handsets with the most available budgets, LEAGOO appeals to the youth with features such as a long-lasting battery, big and high-resolution display screens, dual-SIM capacity, as well as a variety of colours to choose from. What’s more, with LEAGOO Care service support, customers can always have their LEAGOO phones repaired in local place with fast and professional after-service experience. 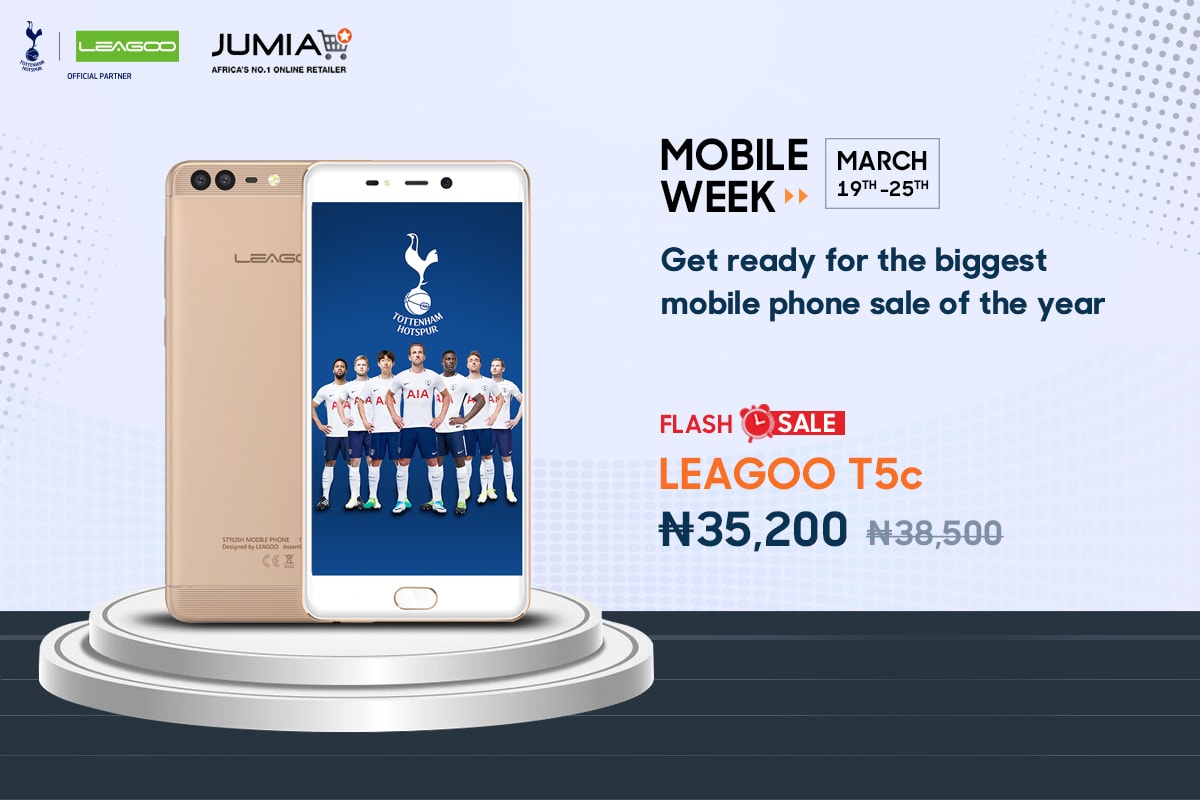 Powered by a 1.8GHz Octa-core 64-bit Intel Airmont architecture based processor – SC9853, T5c is able to offer a high-performance mobile computing ability coupled with ultra-low power. Built on Intel’s 14nm FinFET foundry platform, T5c’s processor can handle your daily tasks with ease and enjoy smooth performances, increasing operation speed by more than 25% compared to the previous generation while reducing power consumption by 30%, helping you run apps and play games at your will. 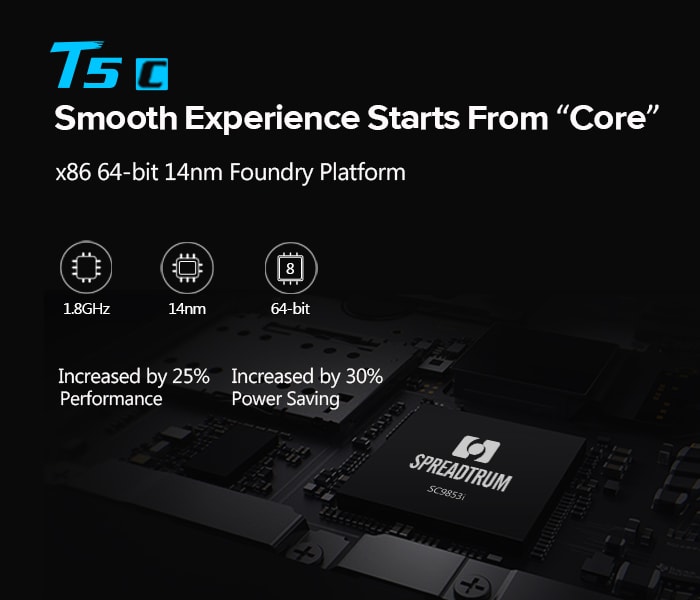 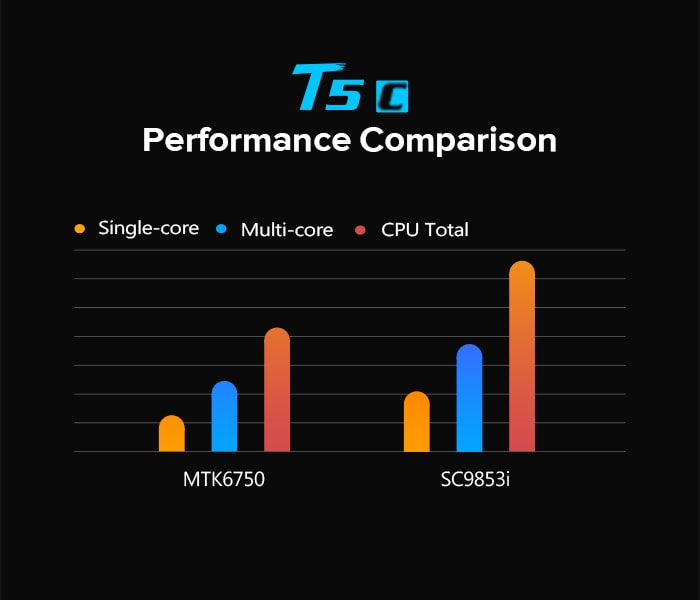 T5c’s dual camera features SPREADTRUM® latest exclusive DEPTH MAP technology, which emphasizes enhancing dual-camera processing capability. With the Depth Map, the dual camera can get the clear image of foreground and background. And the system could recognize the foreground and background and system can select which need focus, thus bringing more accurate and natural bokeh effect. With groundbreaking image algorithm, both camera sensors have high sensitivity and high SNR, which enables T5c’s dual camera to take more stunning photos rich in colour and details. 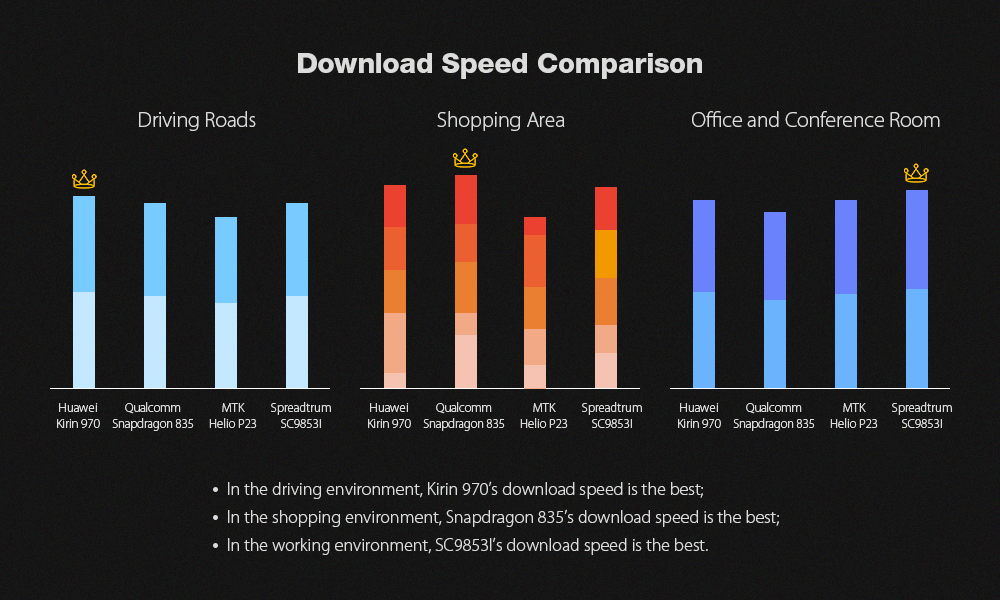 4. In the voice calling comparison, Spreadtrum SC9853I is only second to Huawei Kirin 970, ranking the second place in the comparison. 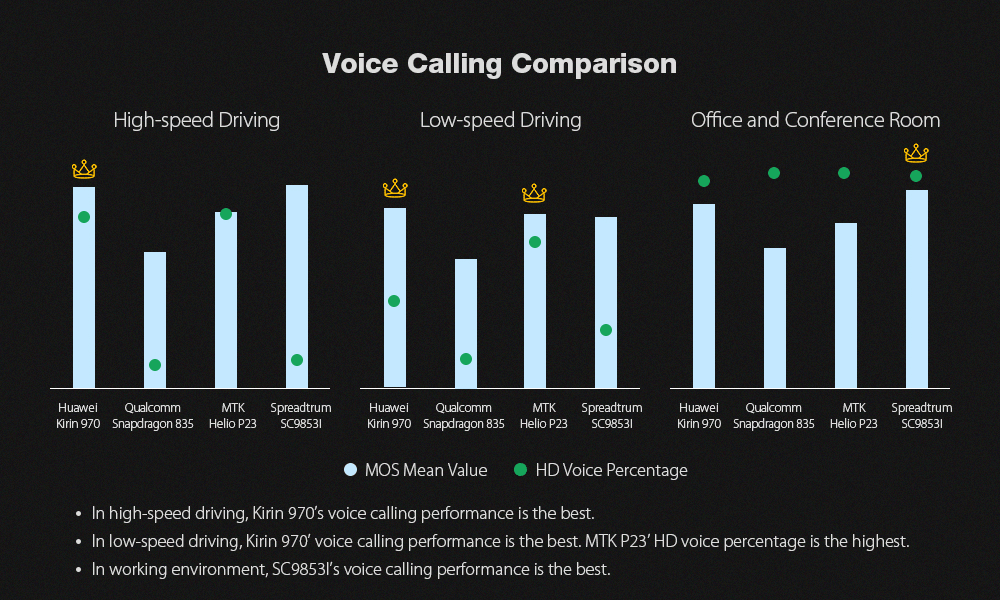 Experience a true to life world with T5c. The phone sports a 5.5-inch FHD IPS screen with IPS display technology that not only provides a wider viewing angle up to 178 degrees, but also delivers clear and bright visual experience with brilliant colour saturation and contrast. The T5c display’s smooth colour dynamics are rendered through 2.5D curved glass. 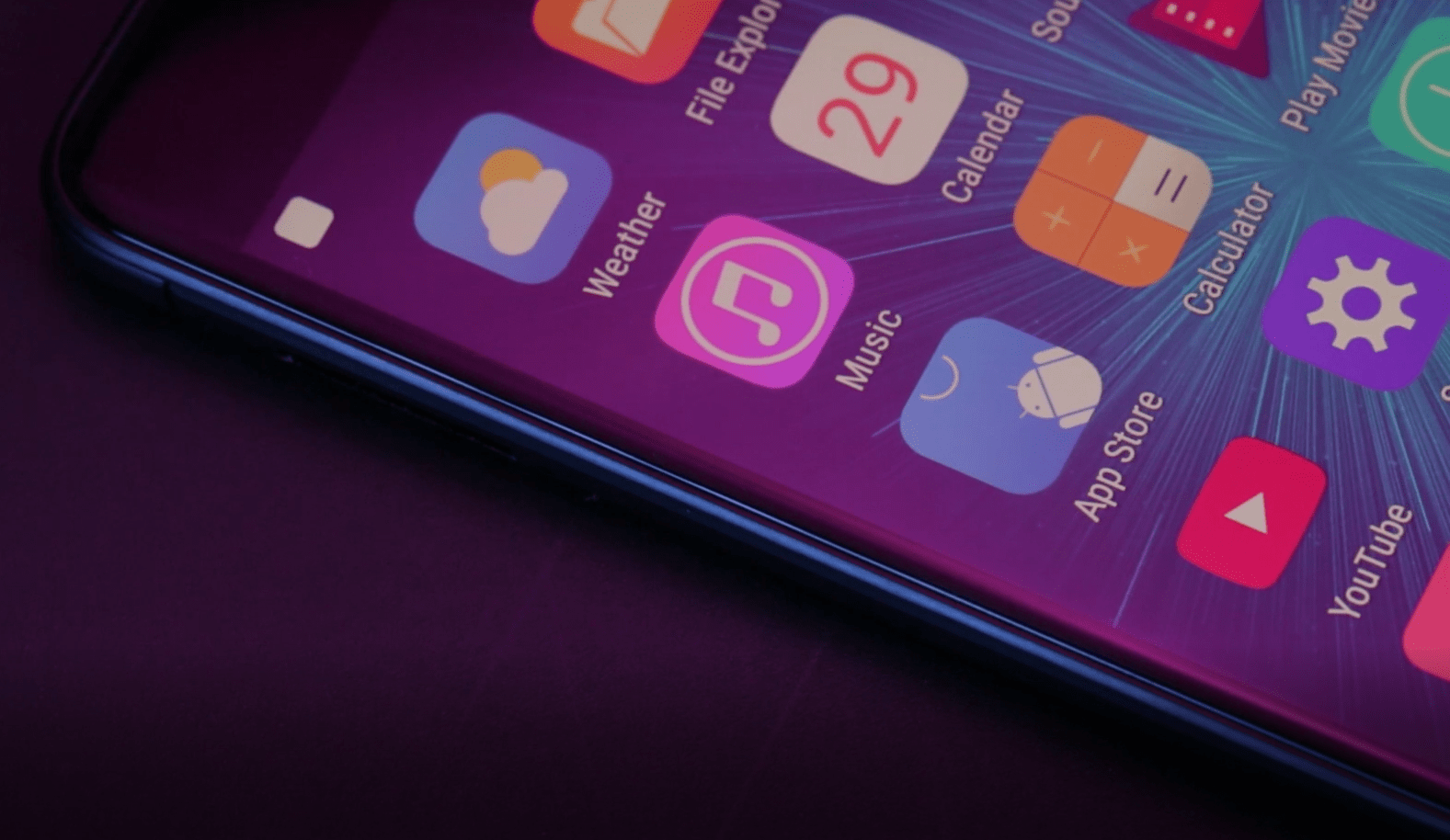 LEAGOO T5c impresses you with a great performance. Along with Mali-T820 GPU and 3GB of RAM, T5c performs very well in dealing with complicated graphics and big games. The 32GB internal memory and expandable 32GB storage make you available to more carefree apps, music and video. 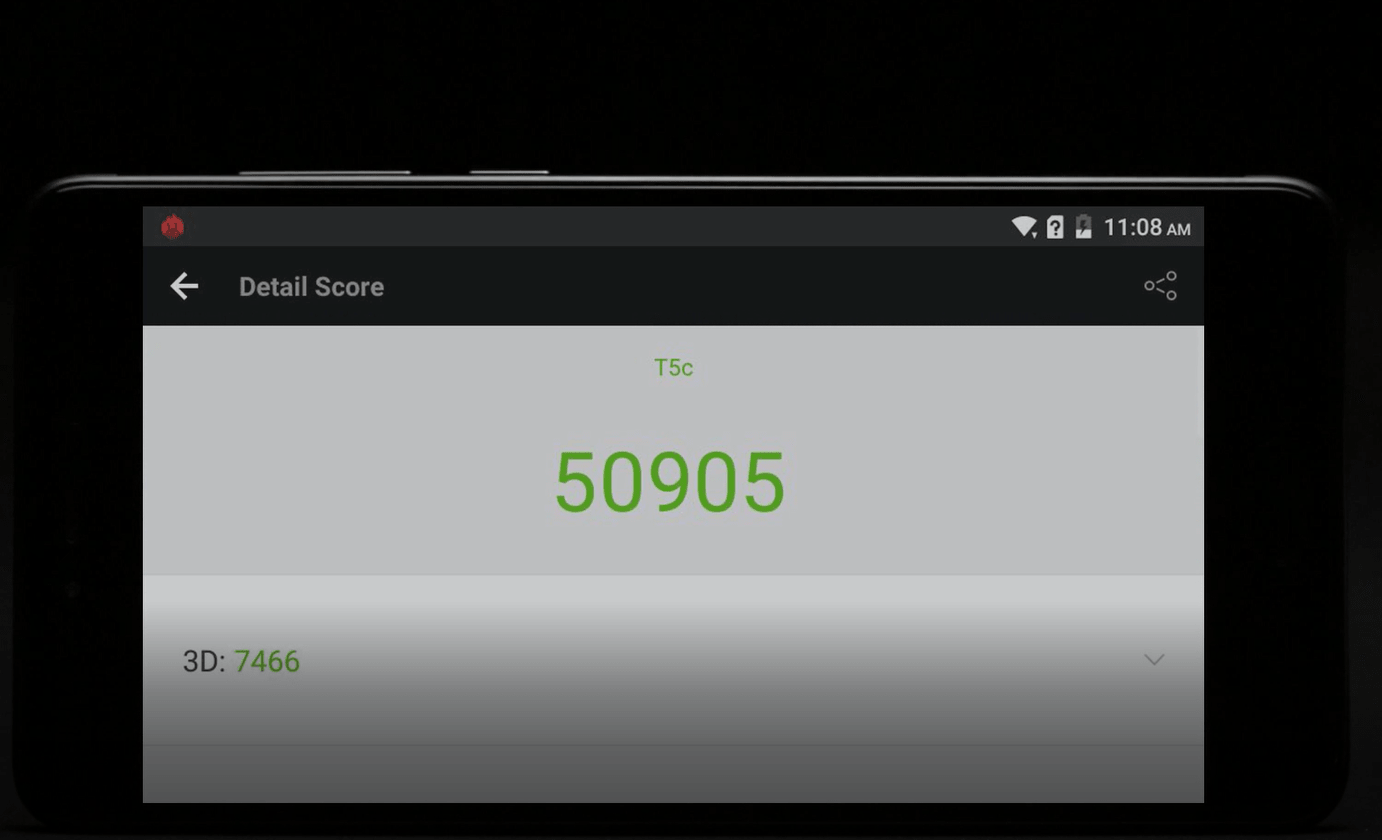 The Fingerprint sensor used on LEAGOO T5c has an outstanding reliability while being the fastest in its class, for an unmatched user experience. Thanks to Smart Touch technology, it has independent ISP for storing and processing fingerprints. Crafted from premium ceramic, the fingerprint sensor actively learns and progressively improves, so your scans get even more precise over time. 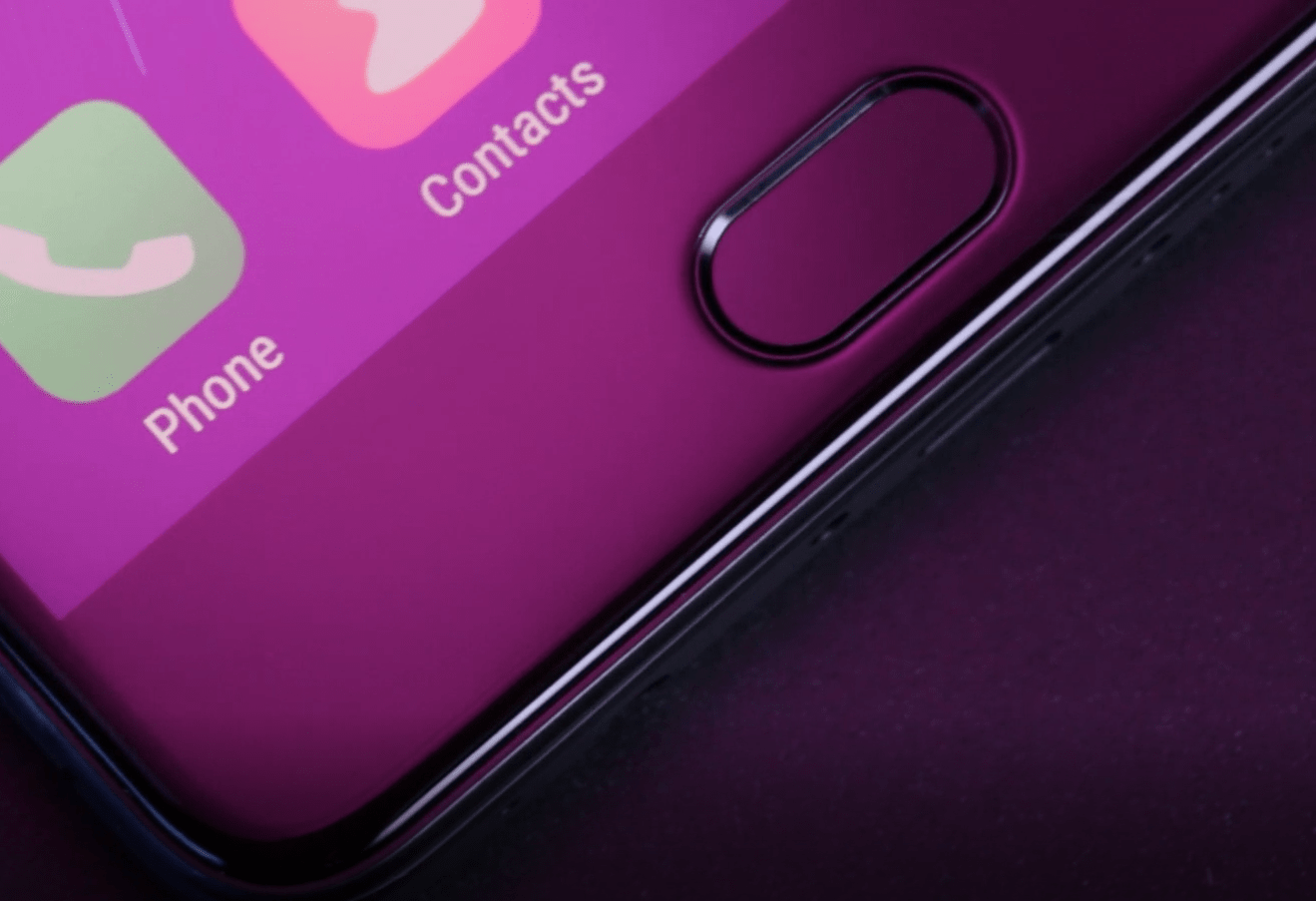 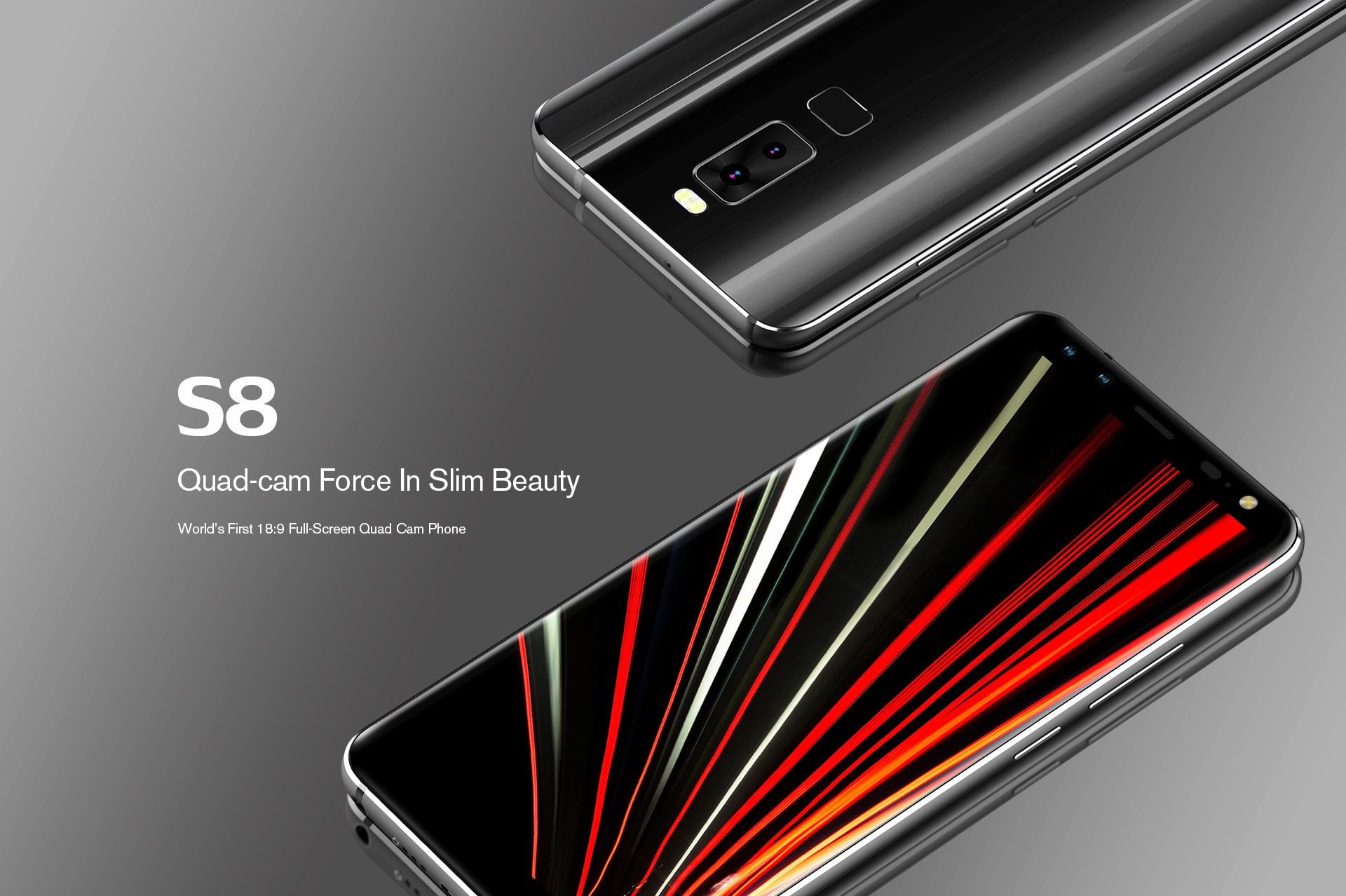 Since SAMSUNG released its latest flagship Galaxy S8 and S8 Plus, global phone manufacturers followed SAMSUNG’s footsteps and raced with each other to launch their own full-screen smartphones. Nowadays, 18:9 fullscreen smartphones are predominantly popular on the market as a result of craft production progress and increasingly improved supply chain of full-screen displays. 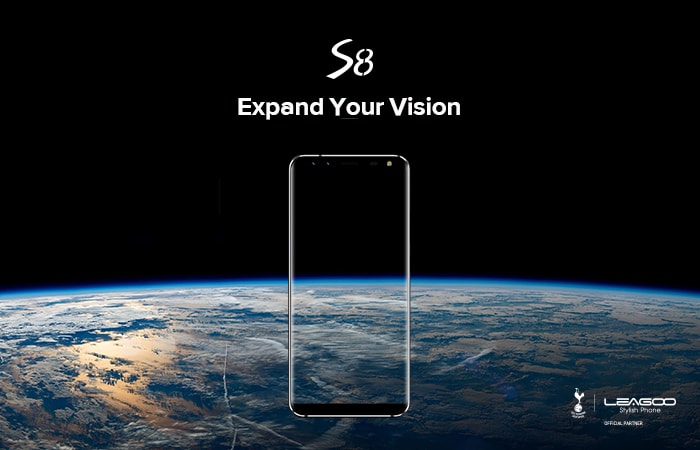 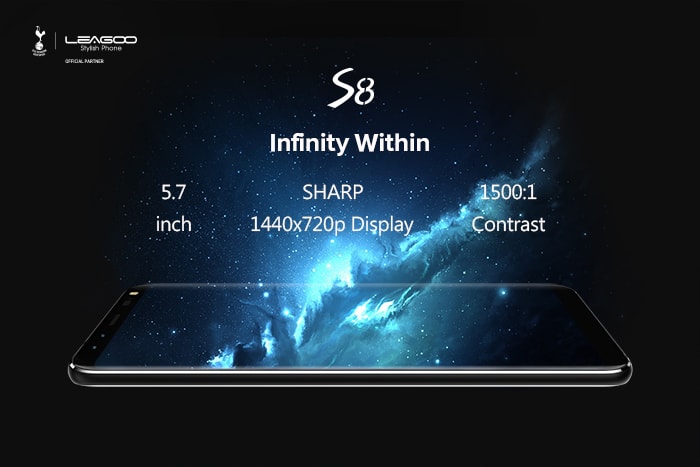 LEAGOO S8 features an amazing full-vision screen with 1mm ultra-thin bezel. The 18:9 screen design and 85% screen-to-body ratio lengthens your vision range, bringing the most immersive experience ever into your eyes. With top-notch CNC frame metalwork and gracefully crafted rear cover, LEAGOO S8 offers an ever-more comfortable grip and stunning eye-catching attractions, making it the most exquisite combination of industrial design and material science. 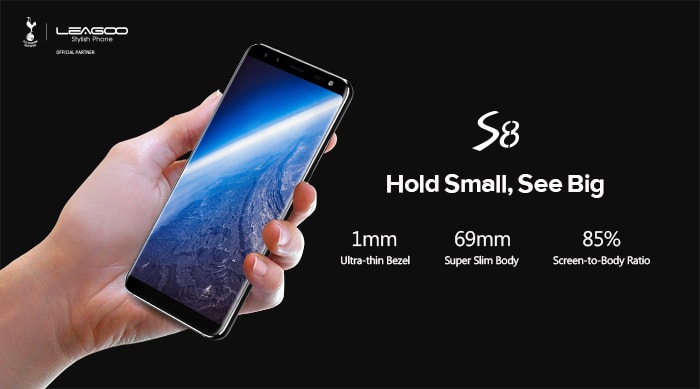 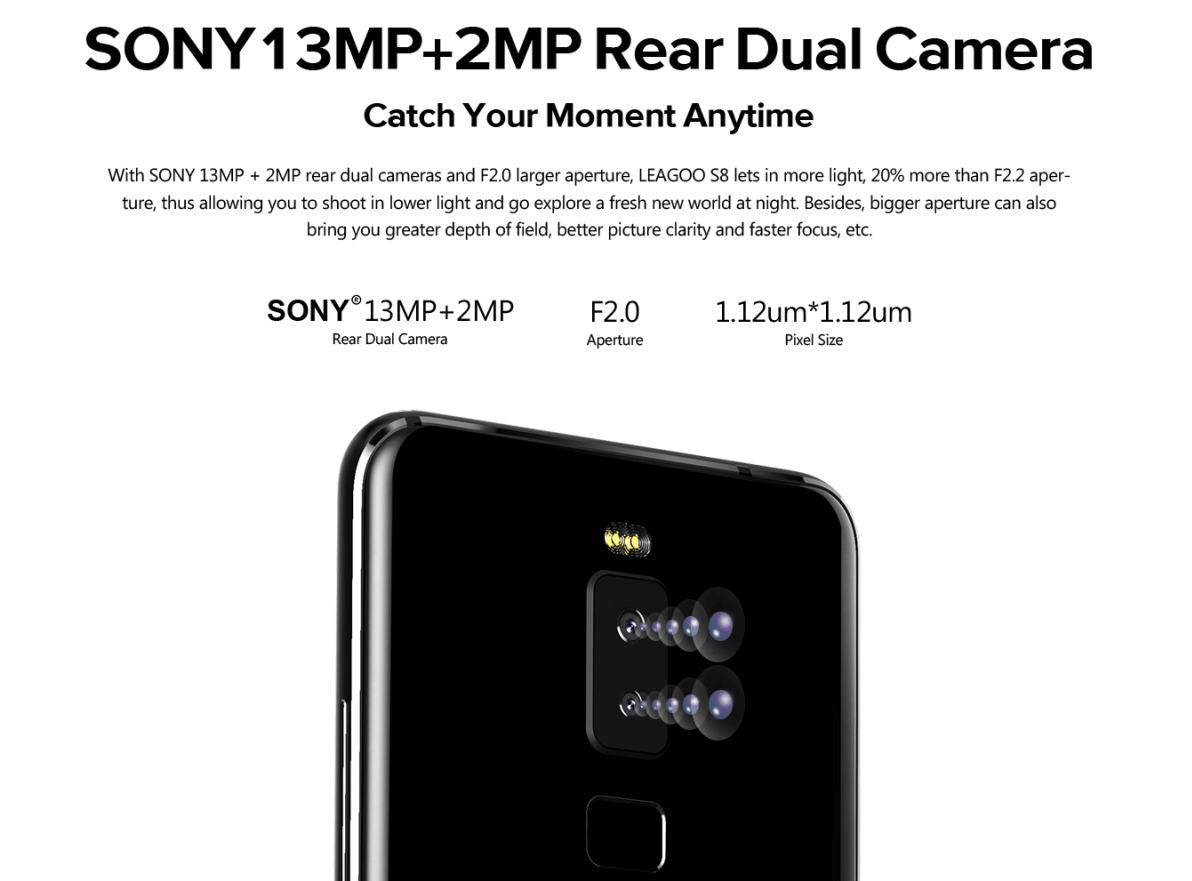 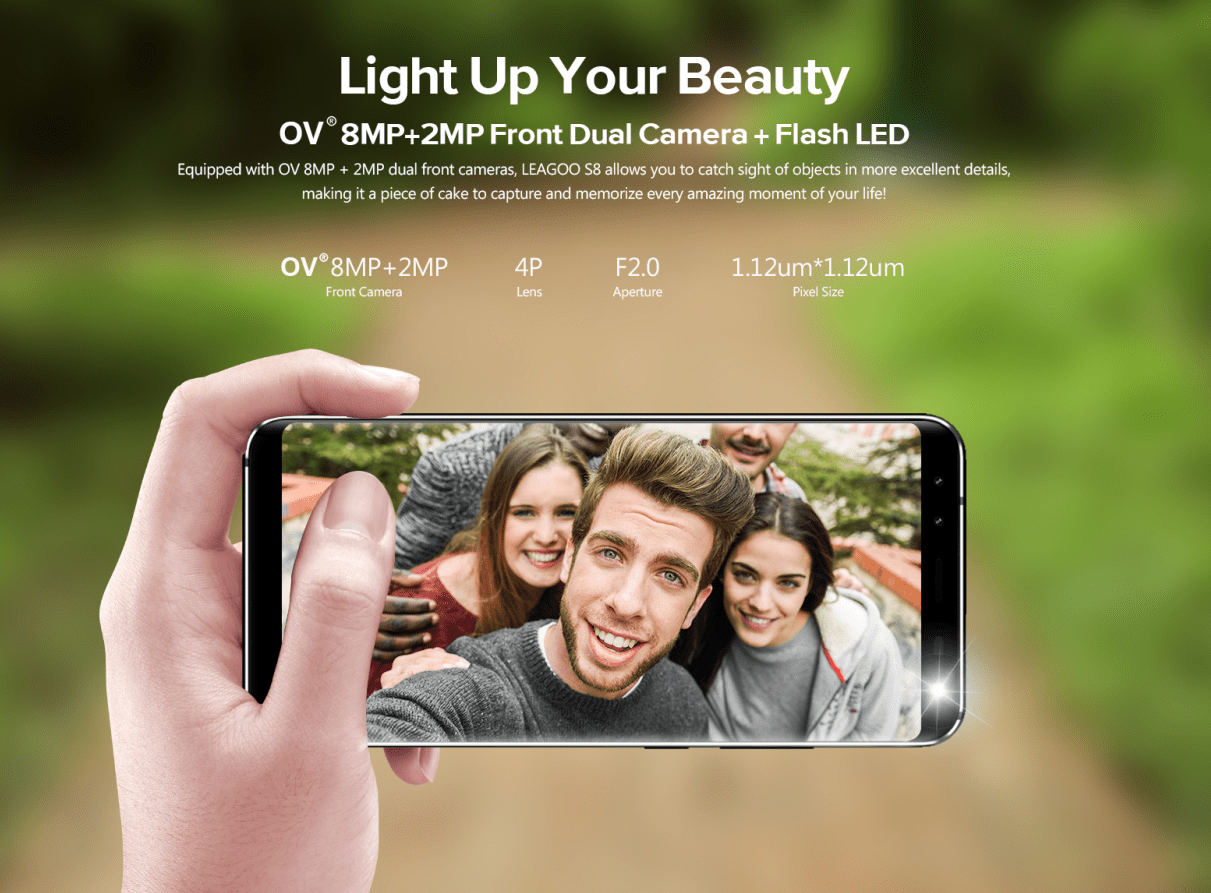 Equipped with OV 8MP + 2MP dual front cameras, LEAGOO S8 allows you to catch sight of objects in more excellent details, making it a piece of cake to capture and memorize every amazing moment of your life! 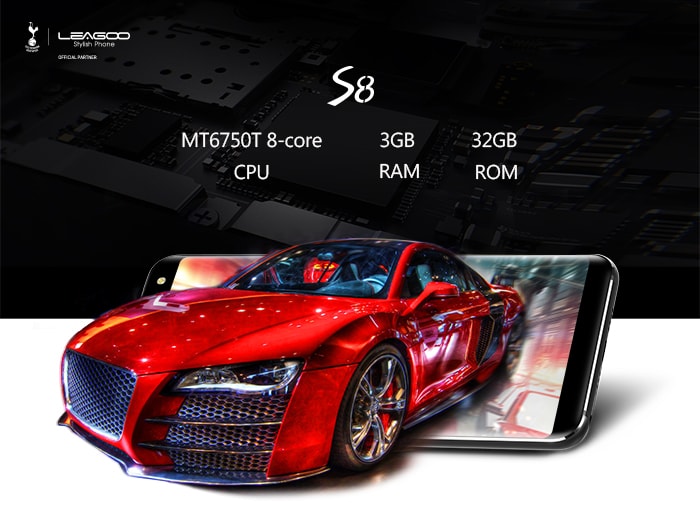 Along with MT6750 and SAMSUNG 3GB of RAM, LEAGOO S8 performs extraordinarily well in dealing with multitasks. The upgraded octa-core MT6750 not only gives LEAGOO S8 fast and stable performance with low power consumption, but also provides high efficiency and good experience in graphics handling.

Now LEAGOO is offering deals up to ₦3660 on their official Jumia Store in Mobile Week From 19th Mar until 25th Mar.