Twitter again showed why it is the platform of choice for protest. The #EndSARS protests began and were sustained on Twitter. Learn more! 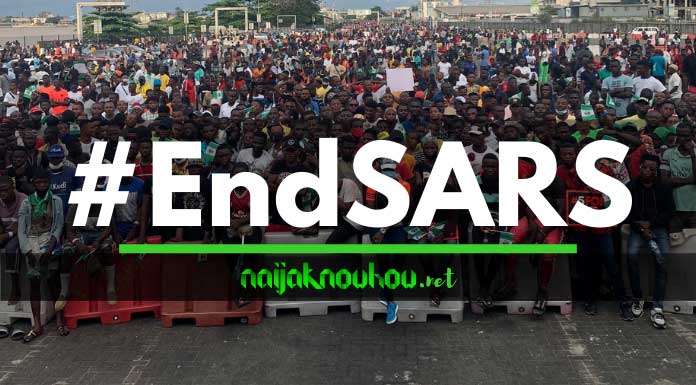 Social media has demonstrated incredible potential for good. In just over a decade, it has quietly but surely emerged as the most engaging digital technology tool. Social media connects people in amazing ways enabling coordination, cooperation and collaboration. All social media platforms are equal, but some have proven to be more equal than others. Twitter is in this category.

Twitter is known for its immediacy, speed of reach and high levels of engagements. Twitter again showed why it is the platform of choice for protest. The #EndSARS protests began and were sustained on Twitter.

For over two weeks, the #ENDSARS hashtag trended on Twitter and gather support across the world. To demonstrate the significance of the issue and because of the sheer volume of tweets (over 26 million) and engagement, Twitter created a special icon for #EndSARS.

The Twitter CEO openly supported and indeed promoted the fundraising link for the cause.

The only mentions of the brewing crisis and subsequent peaceful street protest on Instagram were screenshots of tweets. Instagram later began to censor even the few hashtags that made its way there. People had similar complaints about Facebook.

Yesterday our systems were incorrectly flagging content in support of #EndSARS, and marking posts as false. We are deeply sorry for this. The issue has now been resolved, and we apologize for letting our community down in such a time of need.

The #ENDSARS street protest was peaceful. Online, on Twitter, it was engaging and carry alone people who couldn’t join physically.

Of course, #EndSARS didn’t start today. It has been brewing since the Special Anti-Robbery Squad (SARS), began to abuse its powers.

According to Wikipedia, “End SARS (or #EndSARS) is a decentralised social movement against police brutality in Nigeria. The slogan calls for an end to the Special Anti-Robbery Squad (SARS), a controversial unit of the Nigerian Police with a long record of abuses. The protests started in 2017 as a Twitter campaign using the hashtag #ENDSARS to demand the Nigerian government eliminate the force.”

In reality, the resistance to the SARS never really went away. The battle raged on silently under the surface with people turning to Segun Awosanya aka @segalink on Twitter, to help free them from unlawful arrests and ensure the return of seized funds. #Tech4Justice @citizen_gravel, RuggedMan @RuggedyBaba, @AbdulMahmud01 and later @SIAF_NG have all been in the fight against the excesses of SARS.

Early in October 2020, people again starting talking of resurgence in the menace of SARS. Protests were called. Naira Marley @OfficialNairam1 offered to lead a protest on Tuesday, October 6, 2020. The police authorities quickly got in touch with him. He called it off following assurances that reforms were already in the works.

We won’t be protesting anymore because there’s a lot of changes being made right now. As a Marlian we will give them a week to see the changes and if there’s no changes we will start a mass protest. #togetherwecan https://t.co/RNBXZ0IOfw

Singer, Douglas Jack Agu, better known as Runtown, who had called for a protest on Thursday, October 8, 2020, insisted on going ahead. He tweeted: “Thursday is Thursday.”

The protest in Alausa commenced on the same day with the Convener of Operation Sanitize, @SavvyRinu, and then @mrmacaronii running things.

The CONVERGENCE POINT IS IKEJA UNDERBRIDGE by COMPUTER VILLAGE, IKEJA by 8AM Sharp!#EndSarsProtests#LagosProtests pic.twitter.com/J1l0M6xhiA

The protest went on for days. And it was peaceful. The protesters insisted that there were no leaders, so everyone was a leader of the protest. Many in their offices and homes joined and supported online. Naturally, Twitter led the way. Tweeting and retweeting, liking and sharing every post with the #EndSARS hashtag became almost full-time jobs for many.

The protests spilt over to other states, notably Oyo and then Abuja. The first casualty was in Ogbomosho, Oyo state where Jimoh Isaiq fell by a police bullet on Saturday, October 10, 2020.

It gradually spiralled out of control with hired thugs trying to infiltrate the protests and dislodge them. The protesters had to hire private security firms to guard people on the streets. Self-appointed coordinators rose to the occasion. They raised funds, provided meals, organised ambulances and medical aids, and provided lawyers to free those arrested by the police. It was a massive logistic operation that went on almost seamlessly and transparently. Kudos must go to the @feminist.co for the massive coordination.

This has been done already. @avalonsecured deployed specifically for this purpose in addition to the security detail on ground from @feminist_co . Do anyhow, see anyhow #EndSARS https://t.co/2JzS3l34qw pic.twitter.com/31ZGBSTPe1

In Abuja, the thugs went on spree destroying and burning the cars of protesters under the supervision of security forces.

Cars belonging to protesters have reportedly been set ablaze by sponsored thugs in Abuja. #EndSARS pic.twitter.com/yuC0Y4Zeul

The climax of the street protests came suddenly. The Lagos State Governor took to Twitter to announce the closure of schools on Monday, October 19, 2020. And then on Tuesday, the governor around 11.30 am, instituted a curfew to commence by 4 pm. By 7 pm, when it was clear too many were still stuck in traffic extended it to 9 pm.

In what is now described as the #LekkiMassacre, protesters who refused to leave the Lekki Toll Gate protest ground reported that shortly before 7 pm armed military men attacked the peaceful protesters who were waving the Nigerian flag and singing the national anthem. The result was injuries to protesters and casualty. Live Instagram feed by @dj_switchaholic brought the happenings live into homes. Bodies on the ground and on the field surgical efforts to remove bullets from wounds flashed around the world.

This is heartbreaking!! What kind of country is this? #LekkiMassacre
Please visit @onesoulfilms Instagram page to see more videos of the victims of #LekkiMassacre pic.twitter.com/turLggVWYs

Please go watch the rest of this video on my Instagram page. Thank you 🇳🇬 #EndPoliceBrutalityinNigeria #EndBadGovernanceinNIGERIA pic.twitter.com/CfZ7Mf4uk4

The morning after mobs took to the streets in Lagos, despite the extended curfew, with widespread looting, vandalizing and attacking law enforcement officials. Several police stations, two BRT parks with busses in them and media houses burnt.

Watching these videos is a major heartbreak for me personally and as Governor, I cannot watch as arsonists, hoodlums and anarchists continue to hide under the #EndSars protest to unleash mayhem on the State and wantonly disrupt citizens lives and property. pic.twitter.com/aTJgzApIWL

Inmates broke out of two correctional centres in Edo State with a reported failed attempt in Lagos.

A prison break has occurred in Benin city, Edo state

Again, many of these actions and inactions were brought to the mobile screen via social media platforms. It has been a roller coaster of a two-week.

The message, the passion and the energy of the young people on the streets energised and propelled those at home to join. It was a just cause. #EndSARS was overdue.

The #ENDSARS protesters may have been repelled and bullied from the streets, for now. But the issues remain a burning concern. Police brutality has no place in a civilized society. Every day brings home the power of technology to transform lives. People would continue to connect. 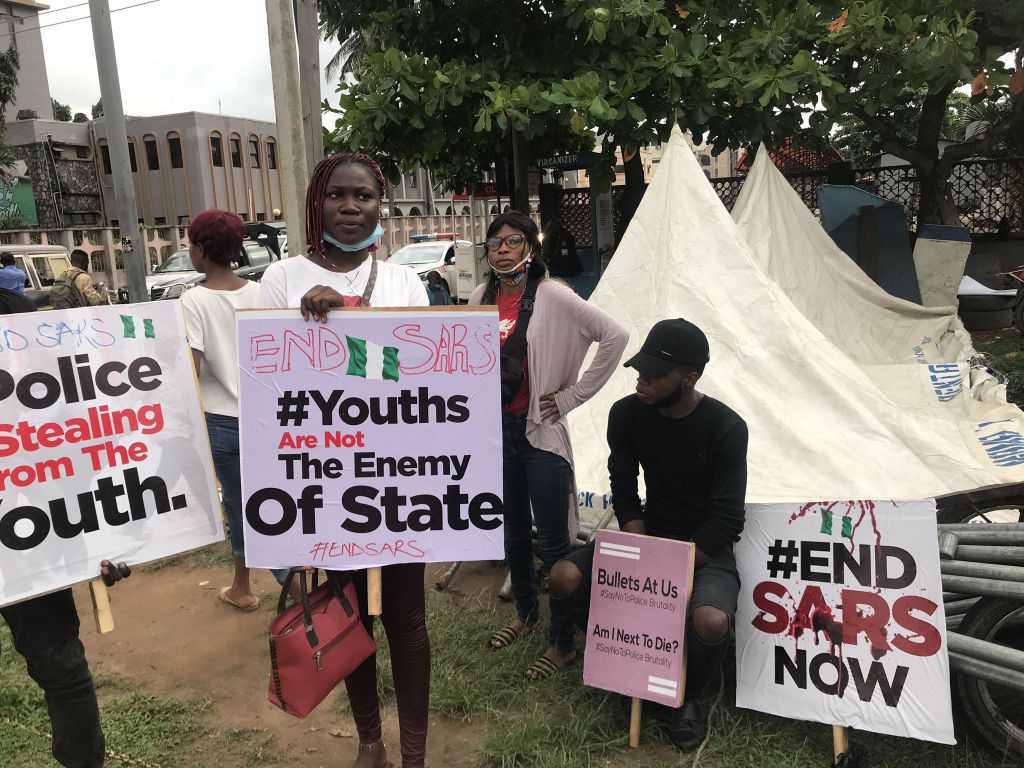 Thankfully some state governments have already set up Judiciary Panels of Inquiries to look into the complaints of police abuse. It is a good move that should be seen to its logical conclusion.

We have expanded the terms of reference for the Judicial Panel of Inquiry and Restitution to include the incident at the Lekki toll gate. If you have any claims, do send them to the panel. The panel will begin to sit on Monday at the Lagos Court of Arbitration situated in Lekki.

This would engender trust; something that has been largely missing in the relationship with the government.

Ironically, mobile phones, a major attraction to SARS officials became the key tool in organising against their operations.

#ENDSARS protests may have left the streets of Lagos, but it is still going on in several other states and countries across the globe.

How to Delete Your WhatsApp Account on Android and iOS

Are you looking for instant messaging apps to use? Well in this article I've compiled the best Instant Messaging apps you can use on...
Read more