The Google Earth application for mobile devices now offers a broader view of the universe, just as Earth does for the web and Earth Pro.

The Google Earth application for mobile devices now offers a broader view of the universe, just as Earth does for the web and Earth Pro.

“You can now see the view of the stars as you zoom out of the Earth on your smartphone,” he continued.

Images of the Milky Way were collected from a European organization for astronomical research, the European Southern Observatory, which shows stars that appear during space exploration at a point about 30,000 miles above Earth.

Before the Google Earth team added star imagery, the sky around Earth looked completely black and not very realistic.

“Realism is important to us. We want people to use Google Earth to see our planet in the context of our position in the universe,” Cohen said.

“Whether they want to zoom in and explore Earth with close-ups or zoom out and see the big picture, we hope that people who use the Google Earth application will have a new opportunity to enjoy the stars,” he added. 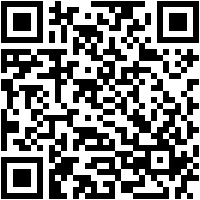