The Best Upcoming Smartphones In February 2020

Below, you can find the top upcoming smartphones in February 2020 in a choice based on rumours and official confirmations. 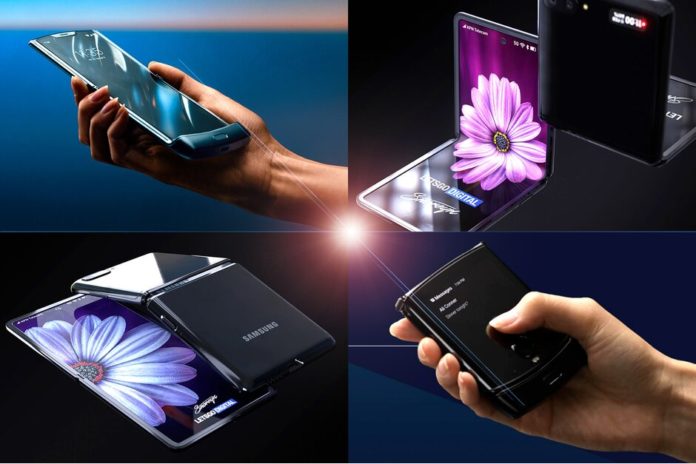 FEBRUARY is often considered the most important month of the year for the smartphone world. Because this month, there will be a grand event, the Mobile World Congress (MWC) which will bring a large number of new smartphones to the public.

For this year, MWC will take place on 24-27 February 2020. Many companies will take part in the event, despite the coronavirus outbreak.

Even in another period of the month, important brands will announce exciting new devices that will soon be circulating.

Below, you can find the top upcoming smartphones in February 2020 in a choice based on rumours and official confirmations.

Here are the best smartphone candidates in February 2020 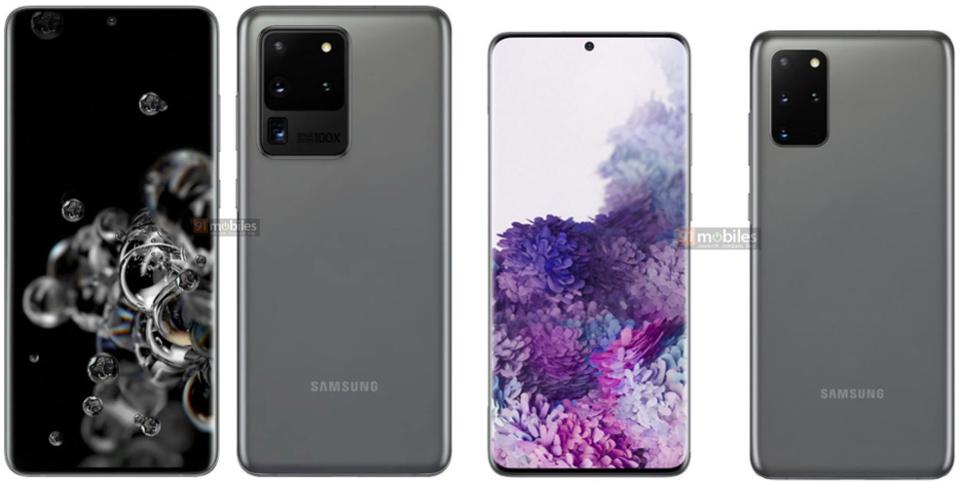 Most of the eyes will definitely be on the upcoming ‘Samsung Unpacked‘ event on February 11, 2020.

At the event, South Korean technology giant Samsung will unveil a new flagship smartphone from the ranks of the Samsung Galaxy S20. Reportedly, this new series will consist of three variants, namely the Galaxy S20, Galaxy S20 +, and Galaxy S20 Ultra.

The line will have AMOLED screens up to 6.9 inches with a refresh rate of 120 Hz. They will be powered by a Snapdragon 865 chipset (with 5G connectivity support) possibly paired with 16GB of RAM and up to 512GB of internal storage.

The Ultra variant will come with a Penta camera including a 108MP main sensor, a 48MP telephoto lens with 10x optical zoom, a 12MP ultrawide sensor and a 3D TOF camera. The battery will have a capacity of up to 5000mAh. 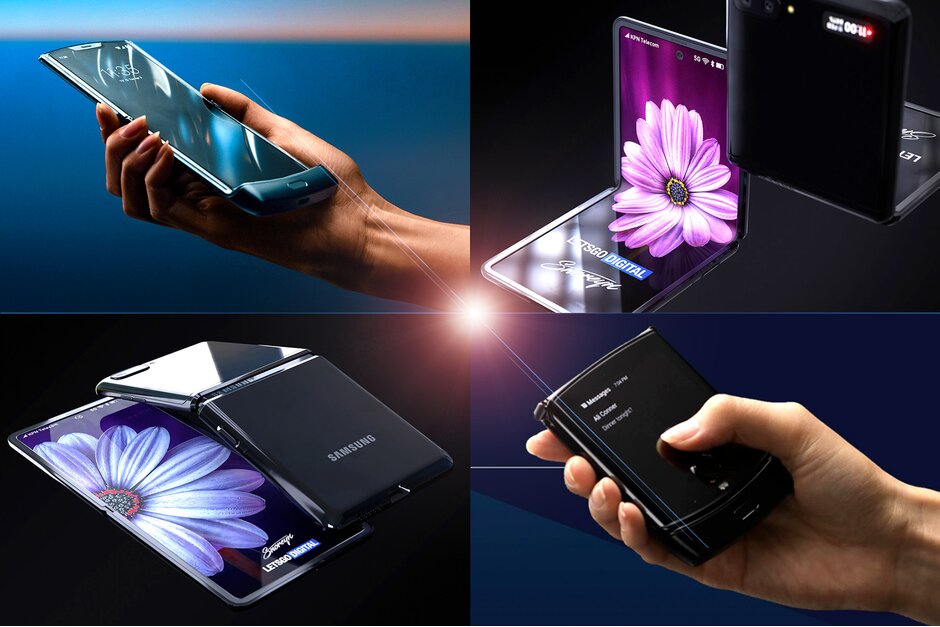 The specifications sheet is lower than the Galaxy S20 series, but this will be a very innovative smartphone because it can be folded in half and become very concise.

Furthermore, the internal folding screen will be able to stay open in various angles.

This smartphone will also include a small external screen (1 inch) that will display the most important info such as date and time.

Reportedly, the Samsung Galaxy Z Flip will be supported by the Snapdragon 855+ chipset and may not support 5G. This folding smartphone is also said to be coming with a 12MP dual camera and 3300mAh battery. 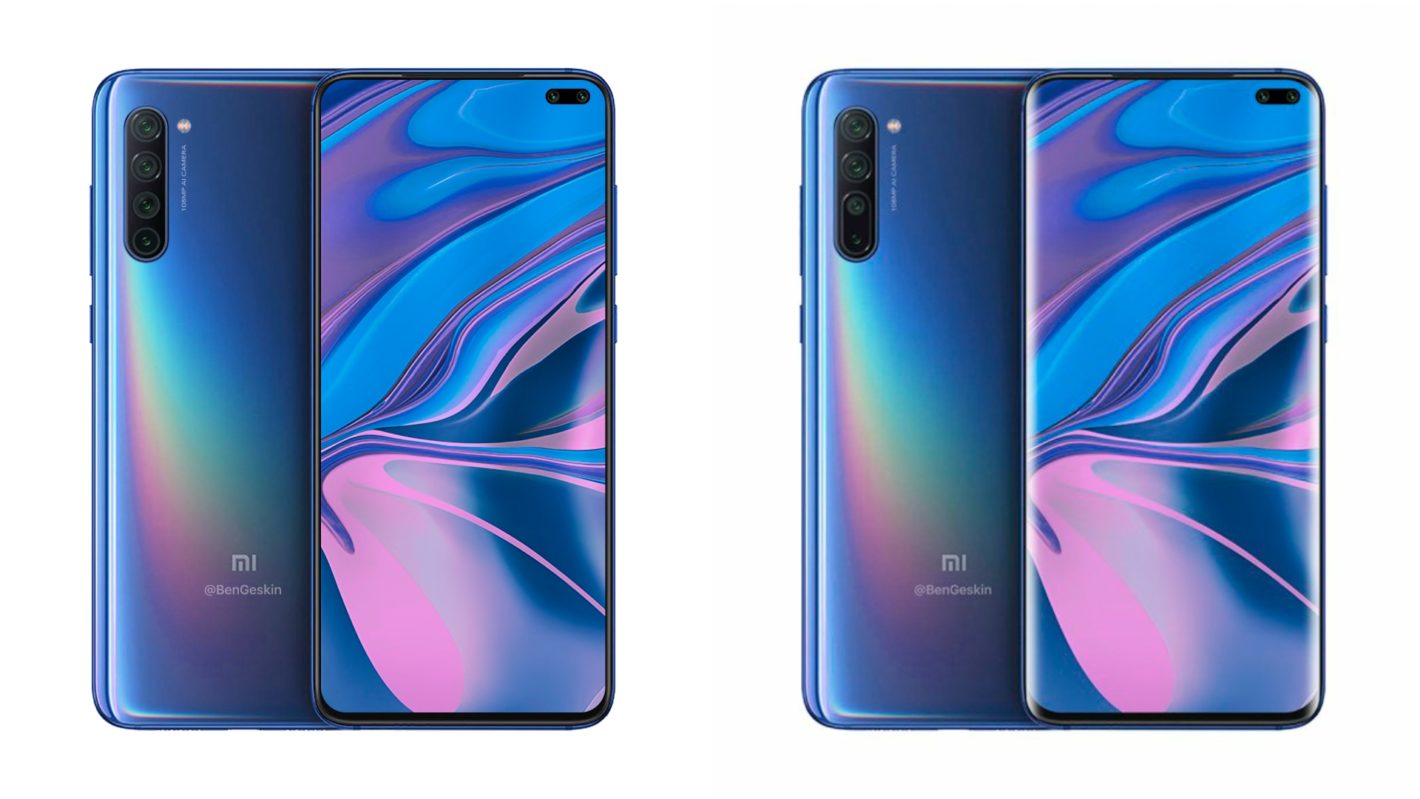 Because of the Corona outbreak in China, Xiaomi will unveil the new Mi 10 series online instead of holding physical events.

There will be two variants: Mi 10 and Mi 10 Pro. The specifications will include a 120Hz screen and Snapdragon 865 chipset paired with RAM up to 16GB.

It seems that the Xiaomi Mi 10 Pro will be the first device to display the amount of RAM for the Galaxy S20 Ultra.

There will also be a quad-camera including a 108MP main sensor, a 16MP camera, a 12MP sensor and a 5MP lens. Xiaomi Mi 10 Pro will also include a 5250mAh jumbo battery with a fast-charging 66W cable. 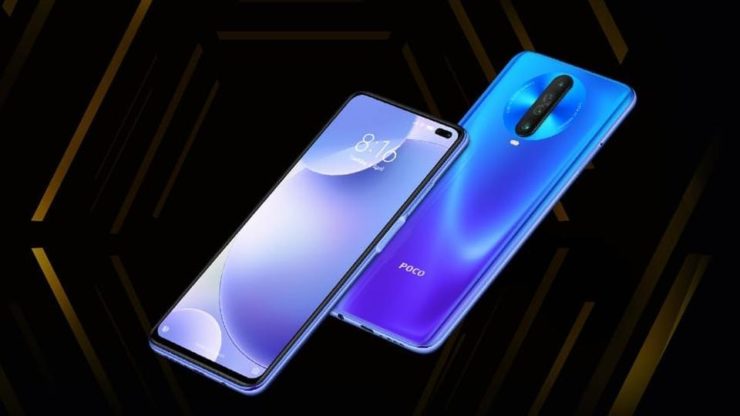 Poco recently became an independent brand from Xiaomi and announced it will launch a new device, the successor to the Pocophone F1. Its name is Poco X2 and will be launched globally.

But this is not a new device, it’s only the Redmi K30 version (even the 5G version) that is brand-changed. As you might understand if you are addicted to smartphones, it will not be a superior smartphone. Redmi K30 4G features a 6.67-inch screen with Full HD + resolution.

This device is supported by a Snapdragon 730G chipset that works together with 6GB or 8GB RAM and 64GB or 128GB internal memory.

On the backside, there is a 64MP quad-camera, while in front you get a 20MP + 2MP dual camera including a depth sensor. The battery has a capacity of 4500mAh already and supports fast charging 27W. 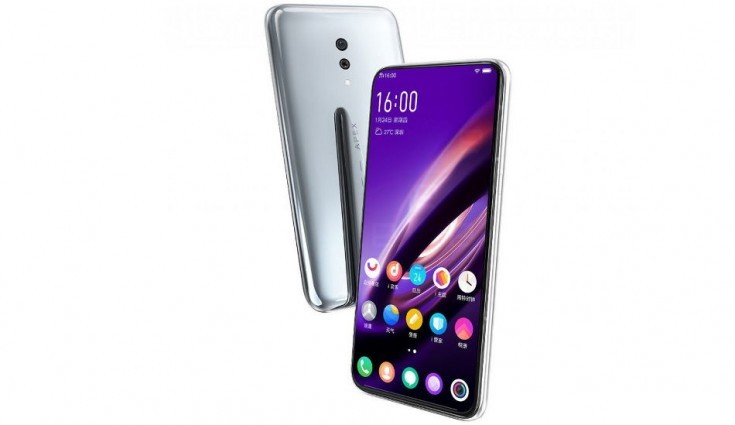 Unfortunately, Vivo doesn’t reveal any specifications but expects something very innovative because we’re talking about concept phones that might not be commercial.

A recent online rendering shows a device with a curved bezel-less full screen on all sides and one of the highest screen-to-body ratios ever seen. 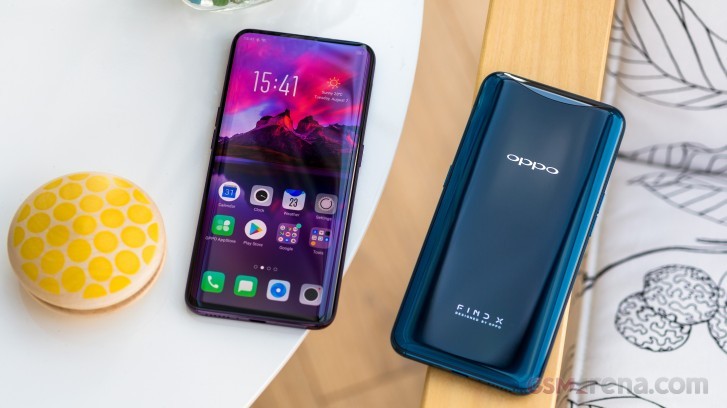 OPPO Find X2 will be the mainstay of the opposition in the first part of 2020 and will be an uncompromising smartphone.

It is rumoured to be debuting at MWC 2020 with an extraordinary display that provides a Quad HD + resolution and a 120Hz refresh rate.

This smartphone will be supported by the Snapdragon 865 chipset and will support 5G networks.

It is expected that the battery capacity of this smartphone will be more than 4000mAh with fast charging of 65W. 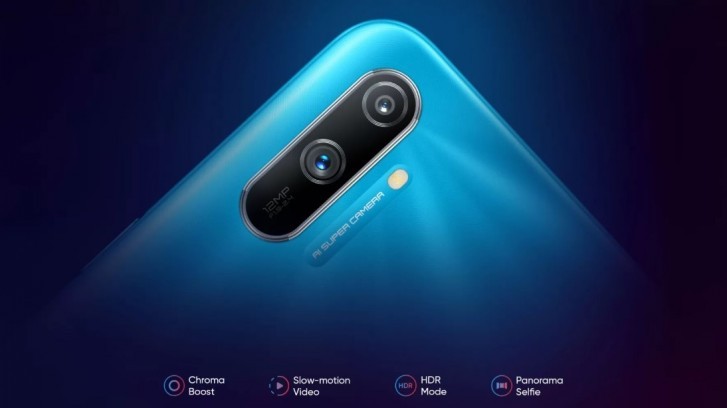 On February 4, 2020, the Realme C3 will be official. This won’t be featured: this device includes an entry-level series from the Realme smartphone.

Among the main specifications, there will be a MediaTek Helio G70 chipset and two memory options: 3 / 32GB and 4 / 64GB, with expandable storage.

The screen will have a 6.5 inch diagonal and HD + resolution, while on the back there will be a dual camera with a 12MP main sensor and a 2MP depth sensor.

The battery will be one of the main highlights with a capacity of 5000mAh. 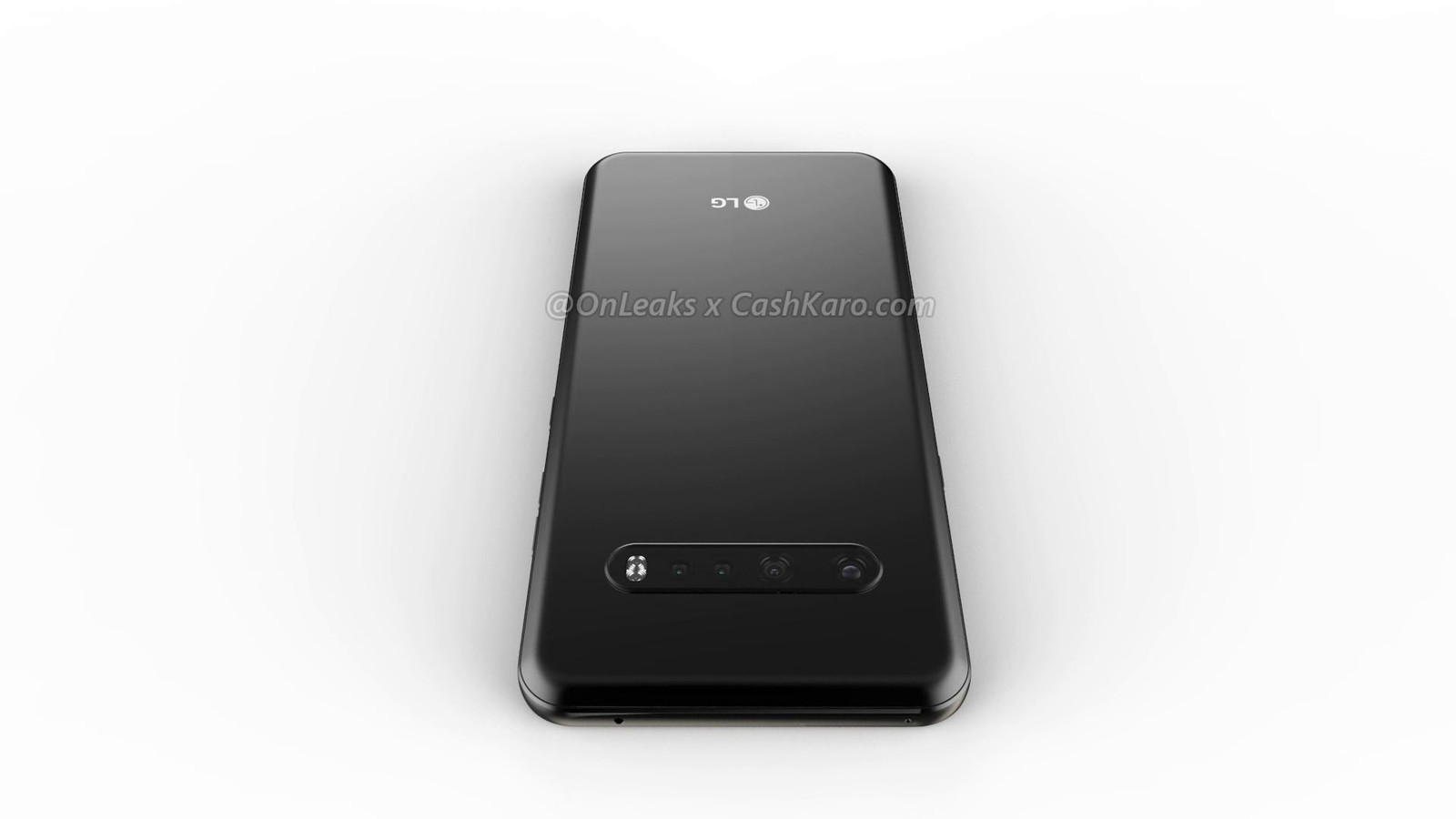 LG will attend MWC 2020 to unveil a new flagship: the LG V60 ThinQ. This device will support 5G connectivity and will also be equipped with a DualScreen accessory with an improved design.

Unfortunately, there are not so many rumours about the LG V60 ThinQ, but we think we see the Snapdragon 865 chipset in the specification sheet.

The South Korean technology company might also announce the LG G9 at MWC 2020, but there is no confirmation about that. 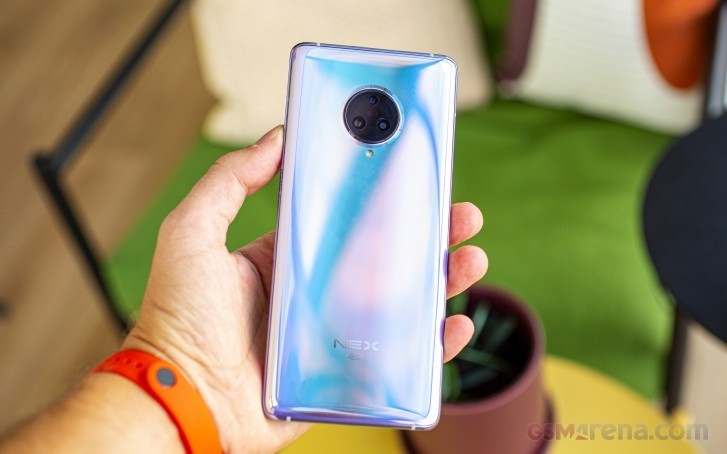 The Vivo sub-brand, which targets gamers and power users, will unveil two new iQOO smartphones this month. One of them will be called iQOO 3.

According to India’s iQOO marketing director, the two smartphones will be launched in India in the second week of February.

One of them will support the 5G network and will be powered by the Snapdragon 865 chipset.

We can also see a 55W fast charging technology called Vivo Super FlashCharge on the specification sheet. 4G networked devices may be accompanied by a Snapdragon 720G chipset. 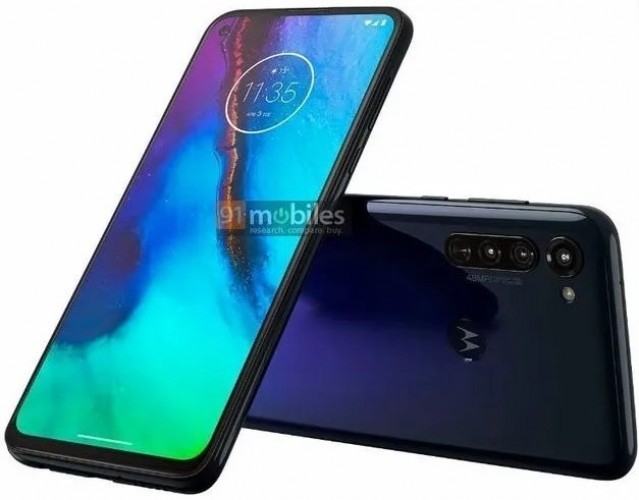 Motorola will unveil at least four smartphones this month at MWC 2020. One of them will be the flagship and will be called the Motorola Edge +.

Then there will be the Motorola Moto G Stylus, the company’s first smartphone with a stylus, but don’t expect a sophisticated pen like the one found on Samsung Galaxy Note devices.

Moto G Stylus will be a mid-ranger powered by Snapdragon 665 chipset and uses 4GB of RAM.

The screen will have a diagonal of 6.36 inches and Full HD + resolution.

Last but not least, Motorola will also reveal the Moto G8 and G8 Power. Both are affordable devices, with the latter focused on battery life. 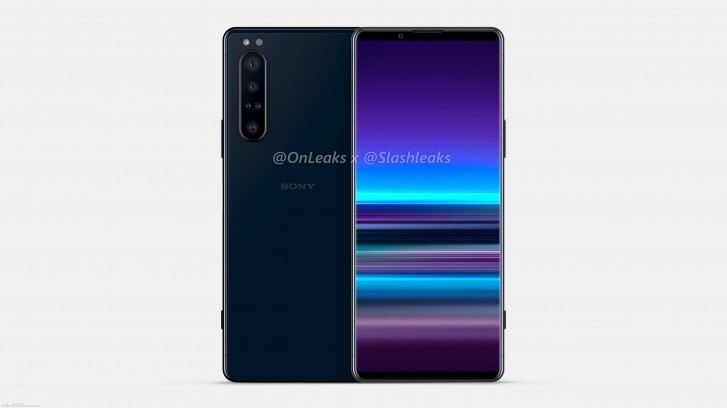 Sony usually launches a new mid-range smartphone at the CES event held in January, but this year it didn’t happen. So it’s likely that this Japanese giant will launch its best mobile phone at MWC 2020.

One of them might be the Sony Xperia 5 Plus, a sophisticated version of the Xperia 5. But maybe there is also an affordable Xperia 3.

Among smartphones announced by Sony at MWC 2020, there must be a mid-ranger powered by the Snapdragon 765 chipset.

- Advertisement -
Also Read:  Variety of CompTIA Certifications: Which One to Earn and the Role of Exam Dumps in This Process
Share
Facebook
Twitter
WhatsApp
Telegram
Previous articleToyota Prevents Accidents Due to Wrong Pedals
Next articleGoogle Earth On Mobile Now Shows Outer Space Visuals

Chrome does not only brings improvements in terms of performance and power efficiency, in the Chrome 87 update rolled out by Google in its...
Read more
Applications

YouTube has released a new feature called Chapters which allows creators to add a 'Video chapters' to the videos they upload to make it...
Read more
Tech Gist