Will it be time for Apple's #Bendgate again in 2018? With the new iPad Pro, that seems to be the case, in a test by JerryRigEverything the tablet does not seem to be able to withstand all the heavy forces. 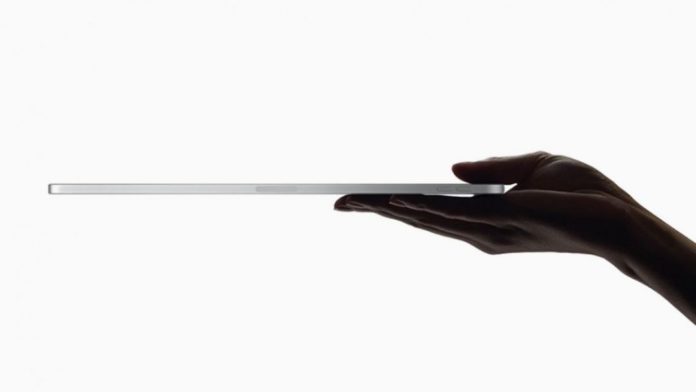 At the end of October Apple released a new version of the iPad Pro, the biggest changes lie in the computing power that the new A12X Bionic SoC can offer, the A12X is a chip that Apple has in its own development. The screen edges are also much smaller and the tablets are now provided with a completely different design; the tablets are much thinner and no longer have the rounded design of the old iPads.

Every new design has its own problems, problems that will not always come to the fore during testing, although this should have been the case this time… A test by JerryRigEverything has caused a new #BendGate, with a fatal end.

To continue his entire test, we start at the screen with a layer of tempered glass. Apple never makes a mention of the manufacturer of the glass panel, but scratches appear at least on the same level as most high-end smartphones – Mohs hardness level 6. What is striking is that the glass panel is so thin that with a small amount of pressure it can already be seen that the screen becomes oppressed.

Furthermore, the tablet is mainly provided with aluminium, perfect for a tablet, you would say. Also on the back of the camera sensor can be found under glass, and not as Apple always says “sapphire”, this is evident from the scratches that appear as there are rods of Mohs 6 on the scale of hardness over the layer of sapphire’ to go. If it were a ‘real’ sapphire.

If there was one thing that Apple was confronted with the iPhone 6, then it is the #Bendgate of the device. Users then reported that the devices could bend while they had just been in the back pocket for a day. Apple’s latest iPad seems to be in the same boat, in a video of JerryRigEverything, you see that the iPad bends in half without much force. After bending the tablet you can clearly see that there are two weaker points on the tablet; one at the microphone of the tablet, and the other at the new location where the Apple Pencil can attach itself with a number of magnets and is charged wirelessly. Also inside there seems to have been little attention for structural sustainability.

Now it is not possible to put the iPad in your back pocket – unless your back pocket is so large that it fits an 11 or 12-inch tablet. The dangers of bending are not to be found, but it is true that you can leave a tablet on your couch, for example. If you accidentally sit on it then it can be too late for the iPad Pro 2018. The tablet can also suffer a lot in your bag if, for example, it is pushed by a number of heavy objects at a strange angle. Another reason to buy a case for the new iPad Pro… With a starting price of $799, the tablet is slightly too expensive to bend in half.

Also Read:  Variety of CompTIA Certifications: Which One to Earn and the Role of Exam Dumps in This Process
- Advertisement -
- Advertisement -
Share
Facebook
Twitter
WhatsApp
Telegram
Previous articleHere’s the TECNO Camon 11 With 16MP Selfie Shooter and Notch Screen
Next articleYouTube Now Shows Free Movies With Ads