Lenovo is reportedly going to release a smartphone with a 100-megapixel camera in the near future. Read more about it here. 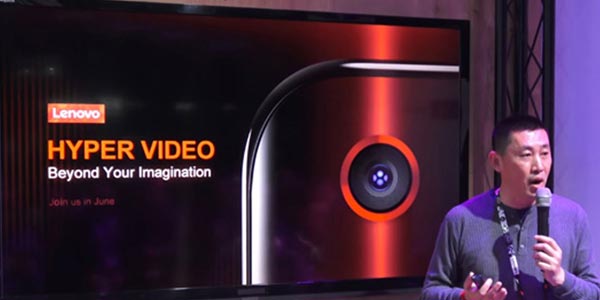 After several smartphone manufacturers pinned cameras with a resolution of 48 megapixels on their respective products, this number race will likely continue to reach hundreds of megapixels.

Quoting Gizmochina, Lenovo is reportedly going to release a smartphone with a 100-megapixel camera in the near future. The indication was obtained from VP Lenovo Group Chang Cheng, who mentioned that Lenovo Z6 Pro will have a ‘billion pixels’.

Cheng’s words were interpreted to mean that Lenovo’s new smartphone would have a 100-megapixel camera, even though ‘a billion pixels’ is actually 1,000 megapixels (1 megapixel = 1 million pixels).

Lenovo Z6 Pro allegedly will launch in China in early April. It is not yet known whether the device will succeed the previous product, the Z5 Pro GT, or sold side by side as a higher-positioned product on the market.

Not much is known about Lenovo Z6 Pro. A few rumours say that the smartphone will be equipped with a Snapdragon 855 chipset and RAM capacity of up to 12GB, in addition to the 100-megapixel camera.

Previously, Qualcomm as a Snapdragon chipset producer once made predictions that smartphones with resolution cameras of up to 100 megapixels would launch in 2019.

A Qualcomm representative said that some Snapdragon chipsets already support camera sensors with resolutions up to 192 megapixels.

- Advertisement -
Also Read:  The iPhone 12 Pro Max turns out to have a smaller battery than the iPhone 11 Pro Max

Resolution of 100 megapixels in the camera in question was apparently aimed at engineering pixel binning, which combines four pixels into one to improve the photo quality end results, especially in conditions of low-light.

As a result, the final image resolution is divided into four, namely to 25 megapixels. This is like how the current 48-megapixel camera works, which produces a final 12-megapixel resolution image (obtained from the results of 48 divided by 4).

Let’s know via the comments what you think about a phone with 100MP camera… insane or nay?