For years MediaTek has lagged behind competitors such as Qualcomm, Exynos and HiSilicon. In 2020 it would change its strategy for SoCs by better anticipating the arrival of new technology. 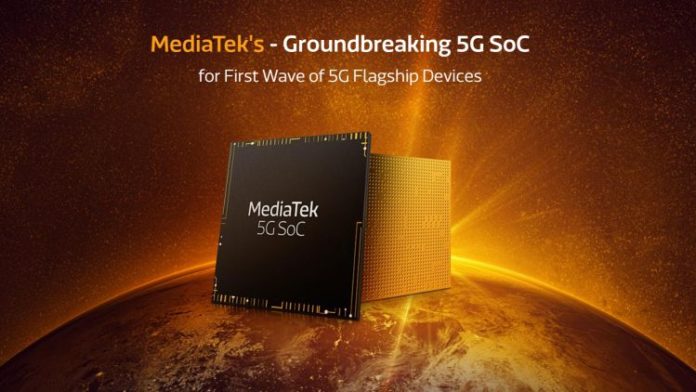 MediaTek will also be present in 2019 to announce its latest flagship SoC. This processor contains a number of things that we have not yet seen at other SoCs such as Exynos or Qualcomm, including the latest ARM calculation cores.

Furthermore, MediaTek first chipmaker to have built-in 5G. For the time being, we still have to do without a name for the chip, a release date is not yet there though we expect the chip to be around the beginning of 2020.

As indicated, MediaTek’s chip without a name is the first to contain the new ARM technology. This specifically concerns the Cortex-A77 calculation cores, as well as the Mali-G77 graphics processor. The new Cortex-A77 cores must be 20 percent faster than the Cortex-A76 cores from the previous generation.

ARM’s Mali-G77 graphics processor would be 30 percent faster than its predecessor, but that’s not all for the GPU. After all, it must be up to 60 percent faster in processing machine learning tasks; in addition, it is assisted by MediaTek’s APU, which will deal with AI tasks. The newest processor is based on the 7nm FinFET process of the Taiwanese TSMC. 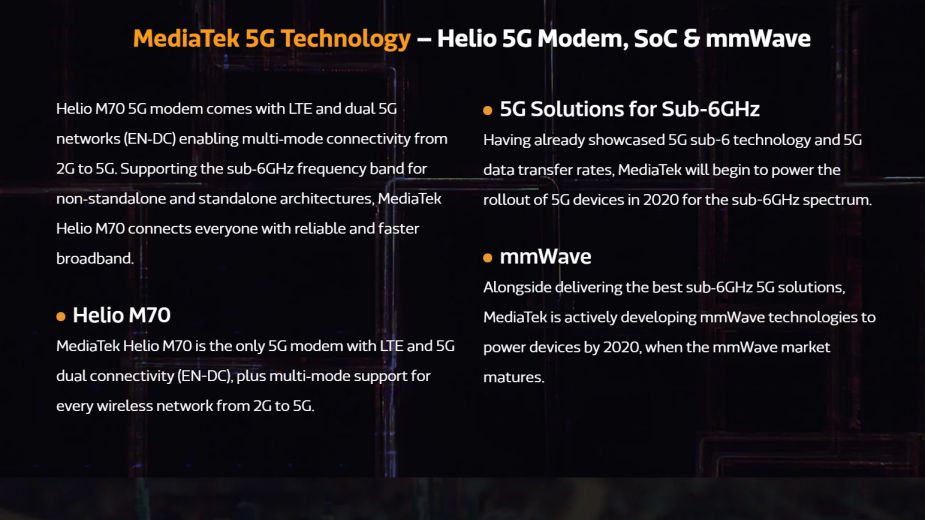 We see faster calculation cores every year, so not all of the attention is paid to the new SoC. MediaTek knows how to surprise with its 5G technology, which it has incorporated into the SoC. If you purchase a 5G phone in 2019, the chance is extremely high that there will be a separate 5G modem in the mobile phone. A loose chip is in many cases a lot less efficient and also takes extra space on the motherboard. MediaTek indicates that the M70 5G modem can achieve maximum throughput speeds of 4.7 Gbps on sub-6GHz networks. The modem also contains multi-mode support, which means that it will also work seamlessly on 2/3 /4G networks.

Competition in the high-end market

MediaTek has been in a difficult position for years. Although it can easily bake high-end SoCs, it cannot (yet) compete with manufacturers such as Qualcomm, Exynos or HiSilicon. The chance that this MediaTek will be found in high-end smartphones is therefore quite small.

However, you will find many similar technologies, including the Cortex-A77 cores and an adapted version of the Mali-G77 graphics processor, in many high-end SoCs for 2020. The company has announced that it will send the first samples to partners from Q4 2019, after which the phones with the high-end MediaTek SoCs available in stores from the first quarter of 2020.

Surely you have seen some people who put tape on their computer webcam to make their privacy even more secure. The reason is that...
Read more
Android

On December 1, 2020, Qualcomm announced the presence of its newest flagship chipset, Snapdragon 888. In this virtual event, which is called the Qualcomm...
Read more
Android