The launch of the MediaTek Helio P65 chipset will undoubtedly be a new driver for smartphone innovation in the middle class. Learn more! 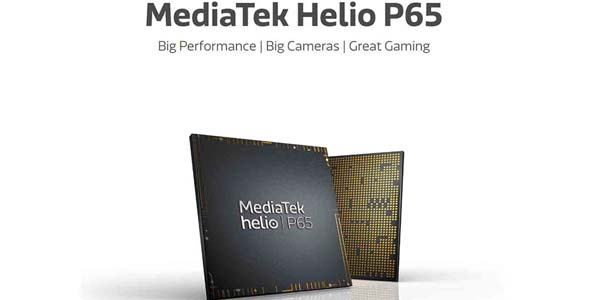 MediaTek announced the launch of its new smartphone chipset, Helio P65. This chipset is made with a 12nm manufacturing process, with an eight-core architecture (octa-core) that enables high performance and low power consumption.

This chipset also has the new GPU Arm Mali-G52 for a better mobile gaming experience, with a performance 25 percent higher than the previous generation.

“In addition to improving mobile game performance, improving the user photography experience is another major focus for us,” said Zonglin Li, General Manager of MediaTek’s Wireless Communication business unit, in a written statement obtained by INILAHCOM.

“The launch of the MediaTek Helio P65 chipset will undoubtedly be a new driver for smartphone innovation in the middle class,” Zonglin Li added.

As already mentioned, MediaTek Helio P65 gets improved performance by relying on an Octa-Core CPU that contains two Cortex-A75 and six Cortex-A55. The use of Cortex-A75 in the new chipset will provide a significant increase.

Apart from the CPU side, this MediaTek Helio P65 also gets an increase in the GPU. The chipset uses the Mali-G52 GPU. It was stated that the CPU and GPU configuration of MediaTek Helio P65 is very similar to Huawei’s latest Kirin 810 chipset which is equally targeting the middle class.

Unfortunately, MediaTek Helio P65 only supports 16MP dual cameras or one camera with 48MP resolution. However, the chipset also gets an increase in GPS, dual 4G VoLTE, Bluetooth 5.0, and Cat-7 downlink / Cat-13 uplink.

This brand-new chipset also supports screens with resolutions up to 2520 x 1080 pixels and supports 8GB of RAM, face unlock features, and fast charging.