Samsung smartphone with the SM-A307FN model number is seen on the Geekbench benchmark site. This smartphone is believed to be the Galaxy A30s. Learn more. 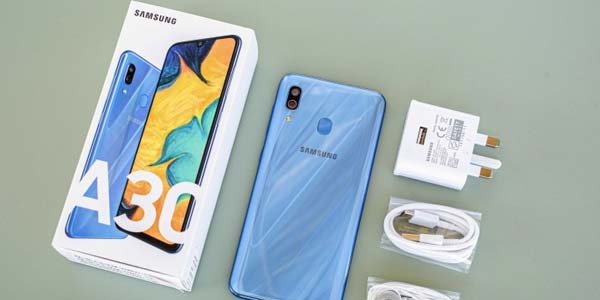 The Geekbench database that was first seen by MySmartprice revealed that the Samsung smartphone with the model number SM-A307FN will run on Android 9 Pie.

It will come powered by the Samsung Exynos 7885 octa-core SoC, paired with 3GB of RAM.

Citing the GSM Arena, this smartphone is expected to be launched as a variant of the Galaxy A30 smartphone which was launched a few months ago.

Geekbench also shows the score obtained by the device. Single-core scores reached 1,322 points, while the multi-core score was 4,116 points. 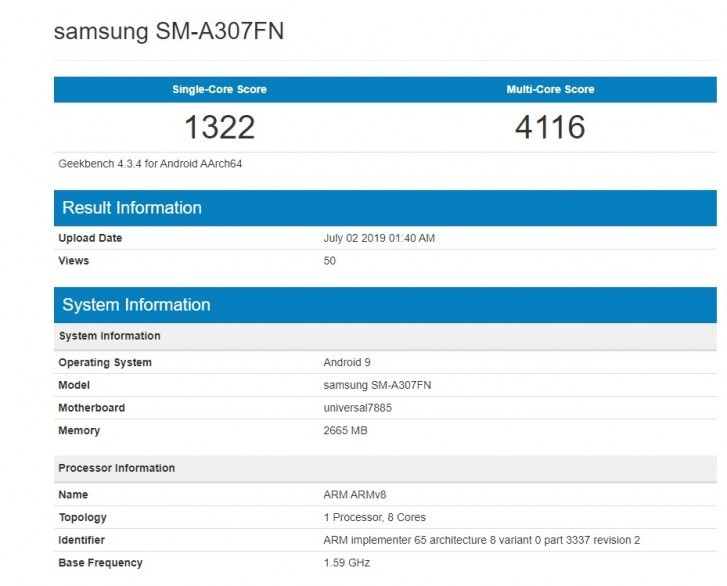 The upcoming smartphone also comes with features similar to the Galaxy A30. It’s too early to say whether this handset will be an upgraded version or a lower Galaxy A30 model.

Like the Galaxy A30s, recently Samsung smartphones with the SM-A107F model number have appeared on Wi-Fi certification and the US FCC website. This handset is touted as a variant of the Galaxy A10.