Motorola Moto G7 Power May Have a Large 5000mAh Battery

The Power version of the Moto G7 has now been spotted on the FCC website and revealed a very large battery. Learn more!

There are already many rumours that relate to the upcoming Moto G7 line-up. It is said that the series consists of four models: the Moto G7, Moto G7 Plus, Moto G7 Play and Moto G7 Power. The Power version of the Moto G7 has now been spotted on the FCC website and revealed a very large battery.

The FCC list shows the model number of the Motorola Moto G7 Power, namely XT1955-4, which suggests that there are probably three other model numbers. The list, unfortunately, does not deal with details about the technical specifications, but it did reveal the size of the battery. The battery capacity is no less than 5000mAh, which is a lot higher than batteries is other smartphones. However, such an enormous battery capacity is logical given the name of the device. The name clearly shows what the phone stands for, which is a long life.

The only other information that reveals the FCC list are the dimensions: 159 mm x 76 mm and a diagonal of 167 mm. 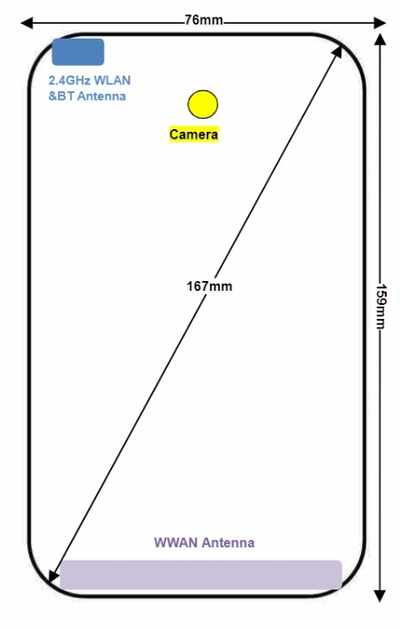 In spite of this, XDA Developers has published a message in which they share some details regarding specifications of the Moto G7 Power. It is said that the device has a 6.2 inch HD + screen with at the top a notch. Under the bonnet, it would be powered by the Qualcomm Snapdragon 632 processor coupled with optional 2, 3 or 4GB RAM. The internal storage options of the G7 Power would be 32 GB and 64 GB, but the exact configuration combination is unknown. It is also said that it contains a 12-megapixel camera on the back with a diaphragm size of F / 2.0 aperture and an 8-megapixel camera on the front with an F / 2.2 aperture. Finally, it would not be an Android One device, but it runs standard on Android 9.0 Pie.