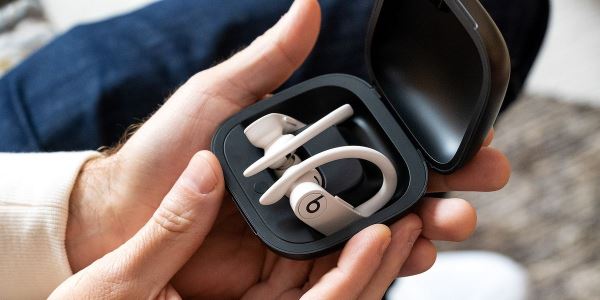 This device is the successor of Powerbeats3 which slid last October 2016, as well as being a competitor for second-generation AirPods, Apple‘s new wireless earphones.

In terms of design, Powerbeats Pro is identical to Powerbeats3. This device is equipped with an earphone hook to prioritize the comfort of the user when wearing it.

The difference, Powerbeats Pro does not have a wireless alias cable or wireless and claimed 23 percent smaller and 17 percent lighter than the previous generation.

On the performance side, Powerbeats Pro is powered by an Apple H1 chip, similar to the second generation AirPods. 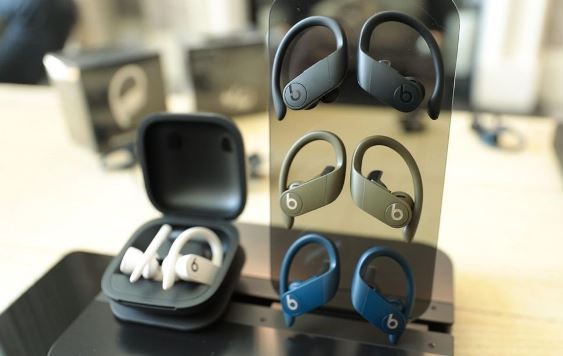 This means that Powerbeats Pro can also call Siri digital assistants only by voice commands without touching the buttons on the earphone to facilitate navigation between Apple ecosystem devices.

On the aspect of sound quality, Powerbeats Pro is equipped with the latest linear piston drivers that utilise air pressure. Thus, the sound quality produced is claimed to be increasingly clear without excessive noise when compared to the previous generation.

For battery life, Powerbeats Pro is also claimed to be able to listen to music continuously for 9 hours in a full charge and can be extended up to 24 hours with a charging case, similar to second generation AirPods, even without the support of wireless charging.

Even so, these earphones have supported fast charging technology. Beats claims that with 5 minutes of charge, Powerbeats Pro can play music for 1.5 hours.

For easy music playback, on the earphone side, there are a number of buttons to adjust music controls such as volume buttons and track control buttons.

Interestingly, Powerbeats Pro has a smart sensor as a feature to stop music playback when the user releases the device from his ear. Music that was stopped earlier will be resumed when the device is used.

Although it doesn’t have waterproof certification, Powerbeats Pro has sweat resistance and water splash resistance.

Available in Ivory, Black, Moss and Navy colour variants, and priced at $250 (about N90,000 naira in Nigeria), Powerbeats Pro will be on the market in May.

Apple To Present Health Monitoring Technology On The Latest AirPods

Some time ago there was news that Apple was preparing a new device which is the latest version of AirPods. But until now, we...
Read more
Accessories

There are many ways to add a layer of security to the device so it is not easily unlocked or accessed by others. Starting...
Read more
Accessories

How To Clean All Types Of Smartphone Cases

It is no secret that the smartphones we hold every day can be infested with lots of germs and viruses. Most smartphones can carry...
Read more