Qualcomm is stepping up efforts to make 5G-connected smartphones within the reach of more people by launching a 5G version of the Snapdragon 4 series chipset. 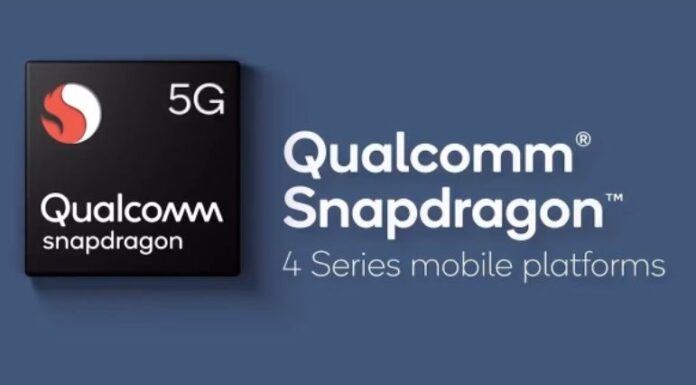 Qualcomm is stepping up efforts to make 5G-connected smartphones within the reach of more people by launching a 5G version of the Snapdragon 4 series chipset which will run on affordable smartphones.

These chipsets will be the ‘brains’ for smartphones priced at N50,000 to N100,000, which will enter the market in the first quarter of next year.

“This will fulfil the promise of making 5G accessible to all smartphone users,” said Cristiano Amon, President of Qualcomm, in a videotaped speech that was played at the IFA 2020 technology exhibition in Berlin, Germany.

He also announced a 5G platform for laptops that could support people’s activities to work from home with fast connections.

In an interview with Reuters, Amon predicts PC growth will outlast the pandemic as consumers demand features that match those of the best smartphones.

Qualcomm said that the 5G network, which enables extremely fast downloads as well as running connected devices, is being built much faster than previously thought.

As many as 80 mobile operators in the world have implemented 5G, according to Amon. He also predicts that 750 million units of 5G smartphones will be shipped by 2022 and that 5G connections will reach 1 billion a year later, or two years faster than what happened with 4G.

- Advertisement -
Also Read:  Klondike vs. FreeCell: What Rules Are Different?

So far, cellphone manufacturers Motorola, OPPO, and Xiaomi are known to have signed up to make 5G smartphones with Snapdragon 4 series.

Qualcomm is also partnering with Acer to market a 5G-capable PC running on the Snapdragon 8cx Gen 2 5G platform, which supports a battery life that is claimed to last for several days, high security, and high-end cameras and audio.