Samsung would be working on two drastic changes for the Samsung Galaxy Note lineup, the Note 10 would not contain a 3.5 mm port and the physical buttons would be removed. 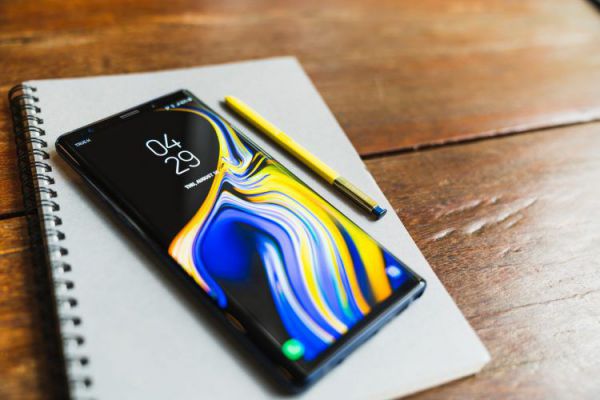 Samsung is probably at an advanced stage for the development of the Samsung Galaxy Note 10, the second high-end smartphone series for 2019. Many details about the device have not yet leaked, but the rumour mill seems to be starting.

Android Police managed to put their hands on information about the Galaxy Note 10. If the sources of the website have the correct information, the Note 10 series will have to do without a 3.5mm audio port. In addition, Samsung would also be busy removing the buttons from the Note device. In practice, Samsung would solve this with pressure-sensitive or capacitive buttons in the housings.

It is not the first time that rumours have appeared about the disappearance of the 3.5mm port and the buttons, but Android Police indicates that they ‘have more faith in its new sources’.

For Samsung, the step would not be that strange, because the company sees the Note series as the perfect place to try out new functions. In the past, the devices often received the best cameras of the year, as well as a new SoC. Removing the 3.5mm audio port would be ‘disastrous’ for many Samsung fans who use the devices precisely because there is a 3.5mm audio port. Given the changes in the industry, however, it is no strange move.

The 3.5mm port has been disappearing for years in the sun. For the time being, it seemed that the manufacturer would still keep the port, but that may not be the case. If the South Korean company will remove the gate, it will follow the strategy of multiple manufacturers in the industry. With high-end smartphones you can only go to LG for the 3.5mm port, the other manufacturers – such as Sony, OnePlus, OPPO, Xiaomi and Huawei – have abandoned the port years ago. In many cases the omission was described as ‘required’ to increase the battery or add other functions to the devices – water resistance is an example of this.

To make a device water-resistant, you would want to have a few points as possible in your housing where water can enter. Removing such a port could help with this. However, it is not really necessary for Samsung, since the company has had an IPX certification since the S5, without removing the 3.5mm audio port. Possibly it would also remove the buttons to guarantee water resistance. Unfortunately, pressure-sensitive buttons were not such a success for HTC, since it is almost impossible to imitate the feeling of a physical button. In any case, it will be an exciting year for the Samsung Galaxy Note lineup.

Virtual Private Networks (VPNs) are increasingly being used to get around the internet without using quotas.
Also Read:  List of Samsung Galaxy Devices that Get Android Support for Up to 3 Generations
While VPNs guarantee security, cybersecurity experts warn that there...
Read more