Samsung Galaxy Note 9 To Launch With an S-Pen

Samsung will launch Galaxy Note 9 on 9 August. This brand-new flagship device will reportedly come with an S-Pen stylus pen that has been completely overhauled. 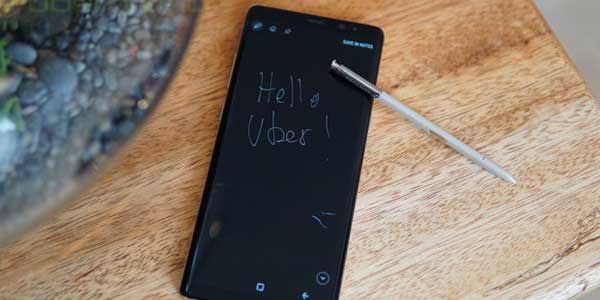 Samsung will launch Galaxy Note 9 on 9 August. This brand-new flagship device will reportedly come with an S-Pen stylus pen that has been completely overhauled.

According to Phone Arena, the Ice Universe, through its @univerceice Twitter account, outlined more details about S-Pen on the Galaxy Note 9. The stylus pen is said to be able to control the music and set the self-timer from a distance.

Most interesting, he said the S-Pen has a function associated with Bluetooth, although it has nothing to do with his work as a digital pen assistant.

The Galaxy Note9 SPen can be used to control long-range self-timer, control music playback, because it is a Bluetooth device, it will do something unrelated to the pen. pic.twitter.com/WPS83xUskq

A number of speculation does describe the S-Pen on the Galaxy Note 9 to play a double role, as well as a Bluetooth wireless speaker. If that’s true, the latest S-Pen seems to be thicker because it needs to have a built-in battery.

In addition to S-Pen, not many leaks, but when it comes to features and specifications Galaxy Note 9 is exceptional. One of the most discussed is the in-display fingerprint screen feature, as well as improved camera technology.

However, the leaks above have not gained official confirmation from Samsung, so you are asked not to believe it 100%.