TECNO Mobile is back again with something better! With its amazing full view display and a remarkably sleek and light design that makes the device sit comfortably when held, the new TECNO CAMON X is no doubt an amazing piece of ingenuity. Scroll down to check out my TECNO Camon X unboxing and first impression. 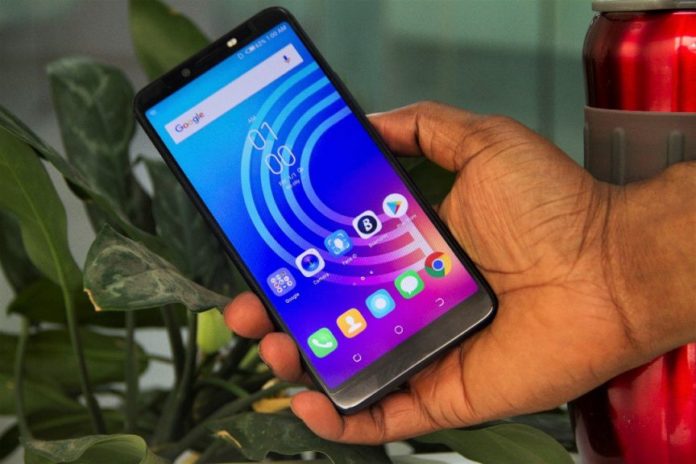 TECNO is back with a bang!!! In January, they came with the Camon CM and got the attention of everyone. Now they are back again with something better! With its amazing full view display and a remarkably sleek and light design that makes the device sit comfortably when held, the new TECNO CAMON X is no doubt an amazing piece of ingenuity. 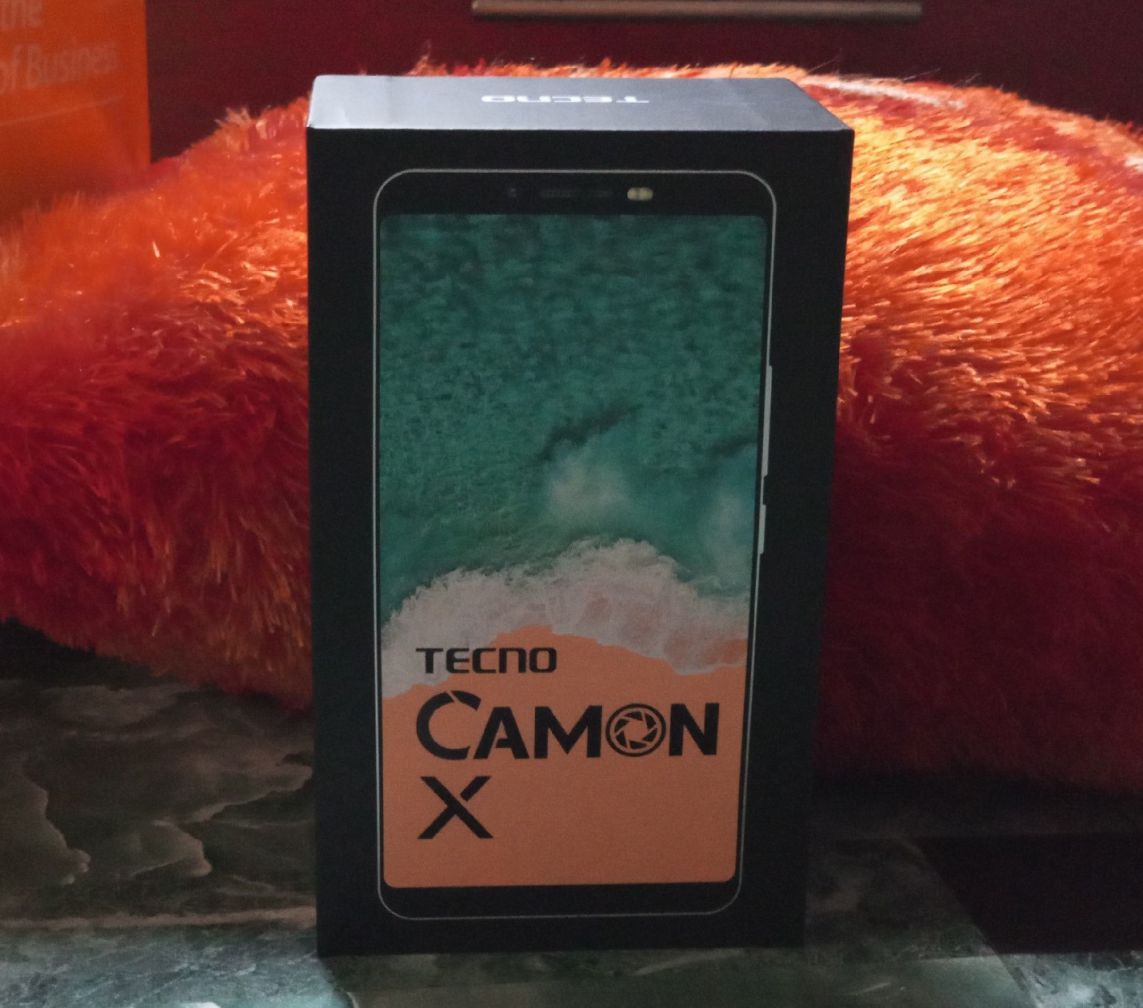 The device is here for unboxing and first impression.

Quick Specs of the Camon X

The Camon X comes in a black rectangular box with the inscription of the phone name on both sides. 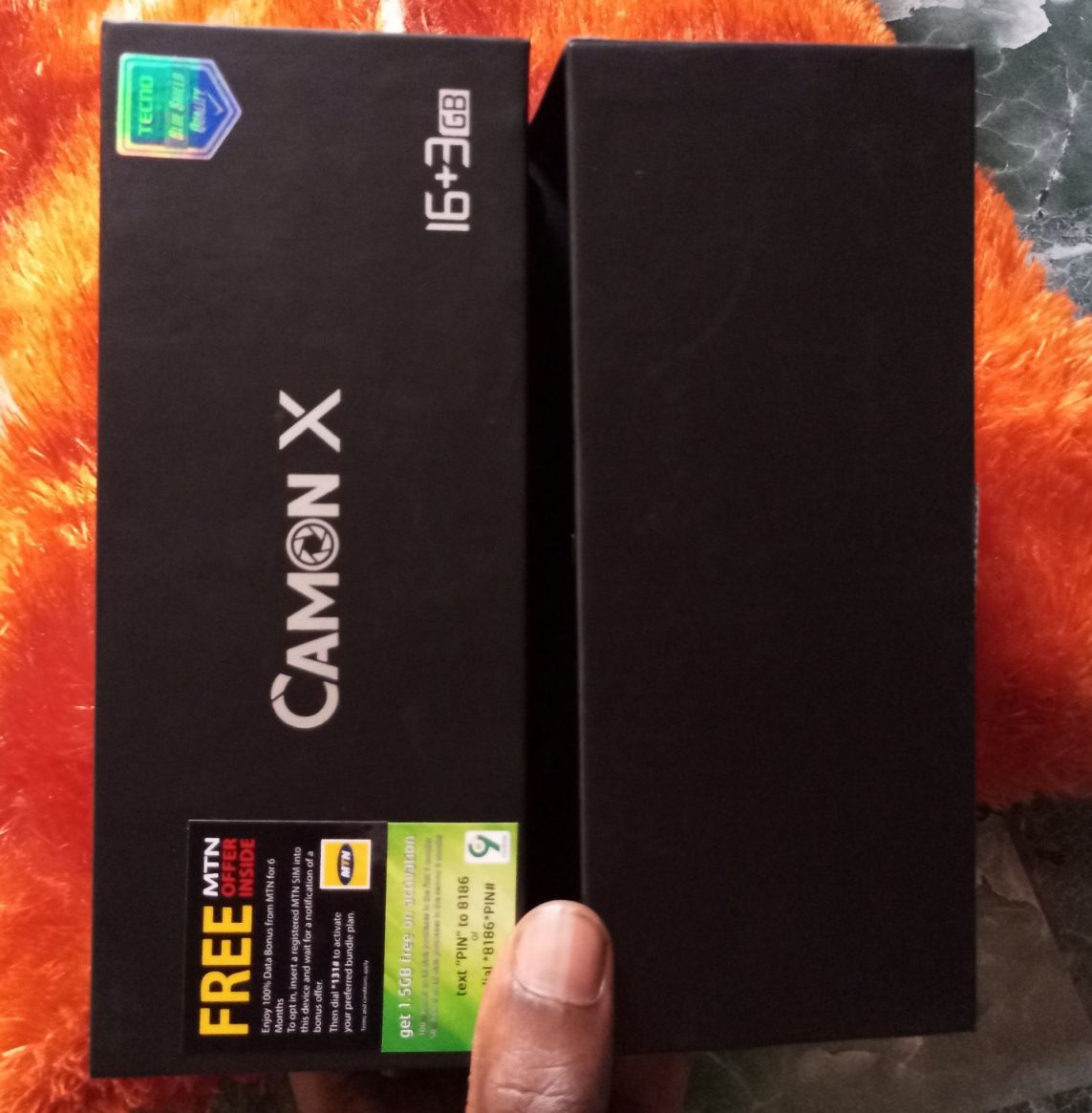 Opening the box reveals the usual accessories. It is a fully accessorized package and you won’t need to buy anything again as far as accessories are concerned. A unit of power cable, USB cable, a plastic protective back case, user guide, Sim ejector tool and pair of earphones.

Camon X accessories inside the box 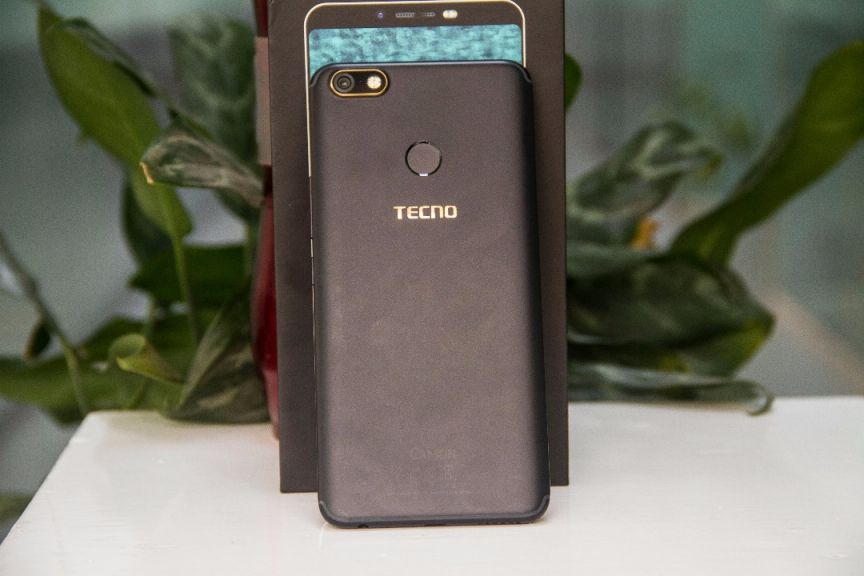 The earphone is quite stylish and sounds great as well. I couldn’t but test this out and believe me this earphone produces excellent base and is loud. 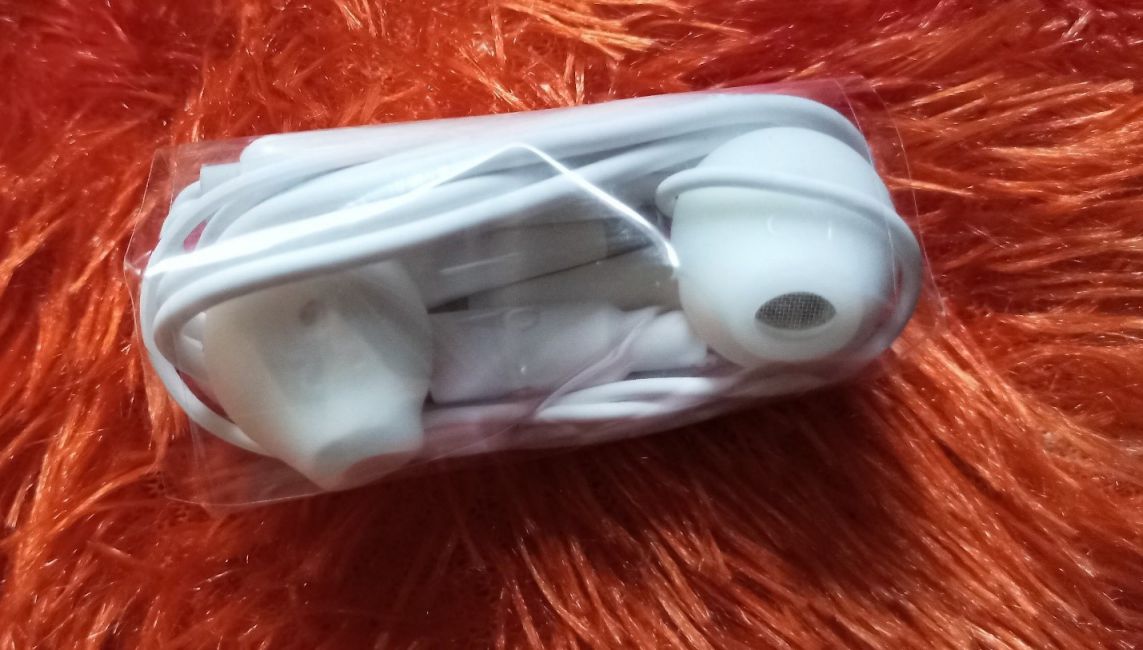 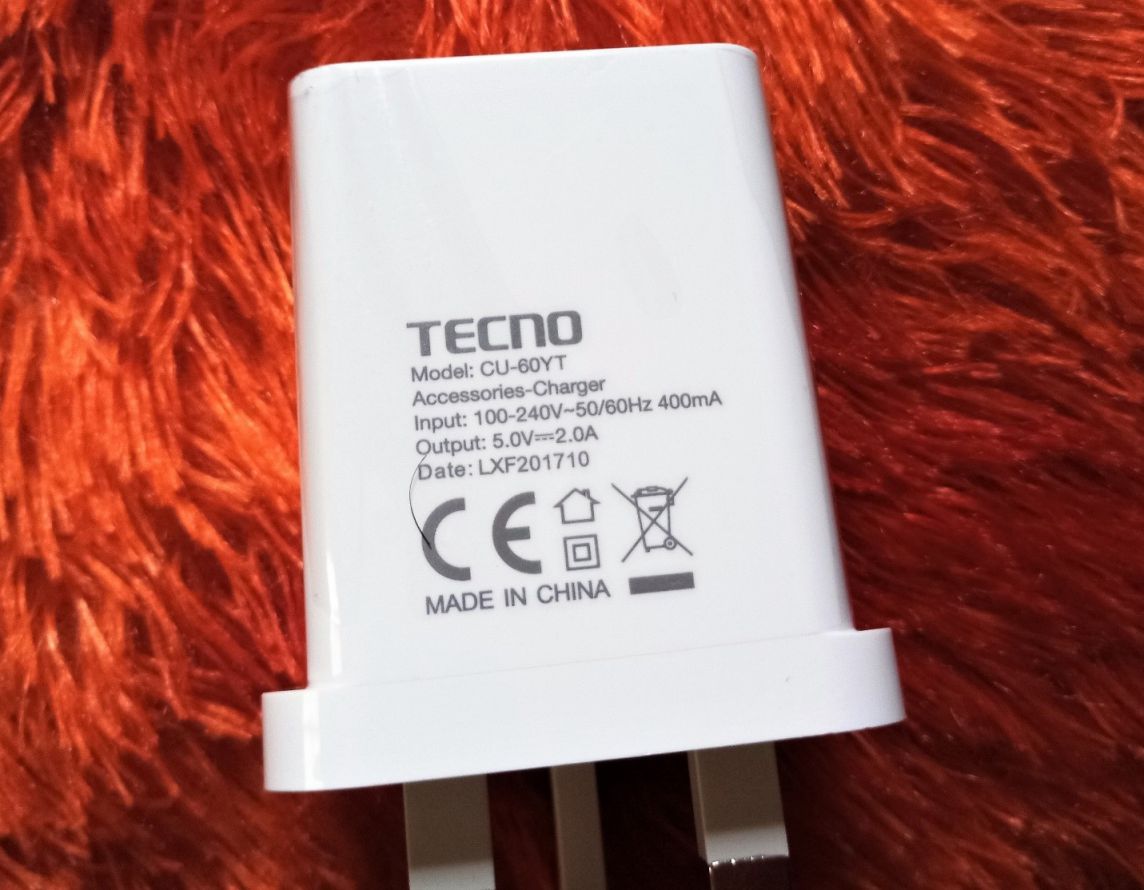 Since the headphone jack has been moved to the bottom, you have absolutely nothing at the top and left-hand side of the phone. All other physical buttons can be found on the right-hand side. 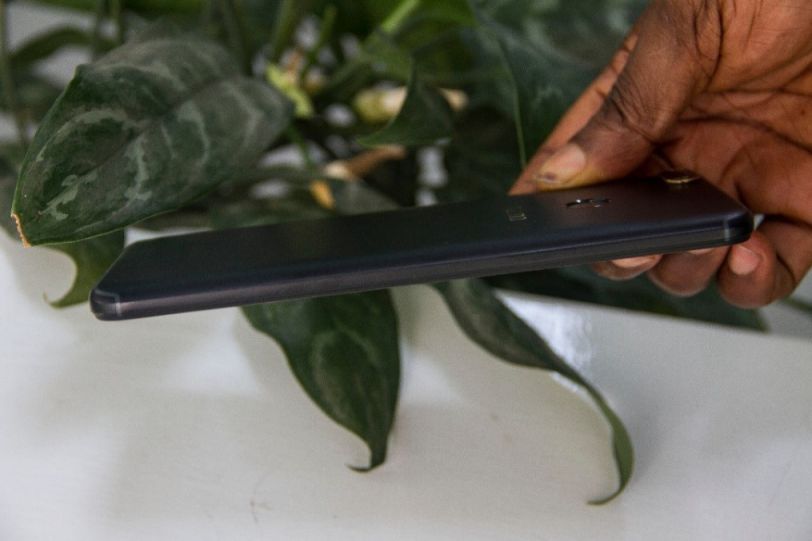 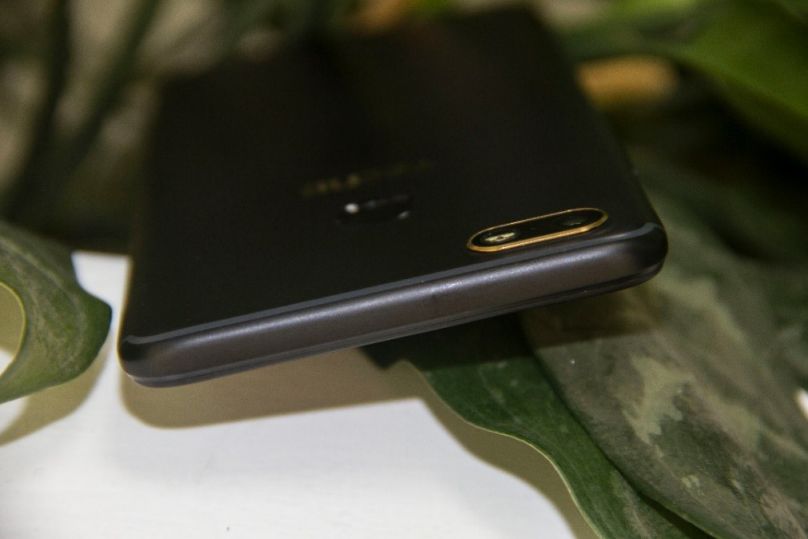 Like I said, you have the Dual SIM + SD Card tray (Nano Sims), volume rockers and power button all at the right-hand side of the Camon X. 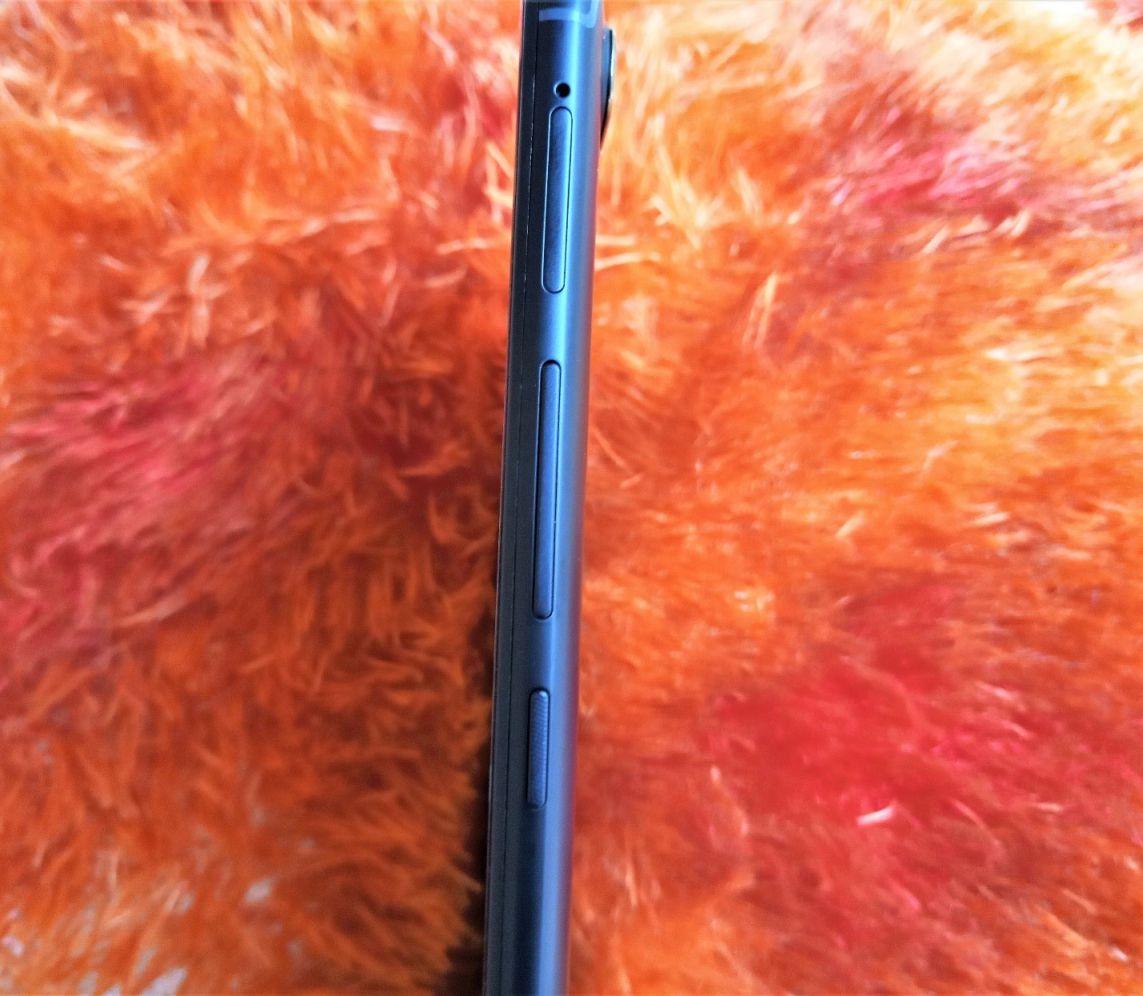 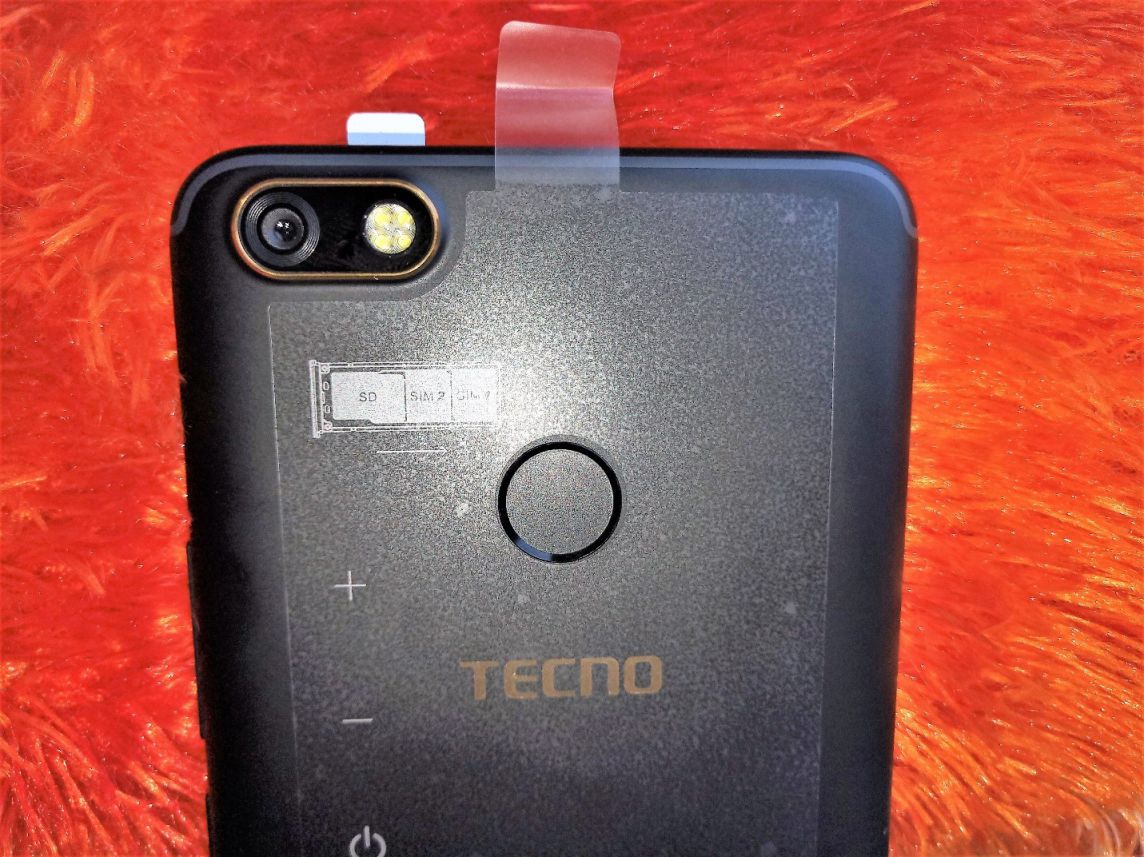 One of the major highlights of the Camon X is the front-facing camera which is a 20MP lens. Selfie lovers will have a good time taking pictures with this device. Asides the 20MP camera at the front, There is an LED notification light followed by the mouthpiece and a dual flashlight. 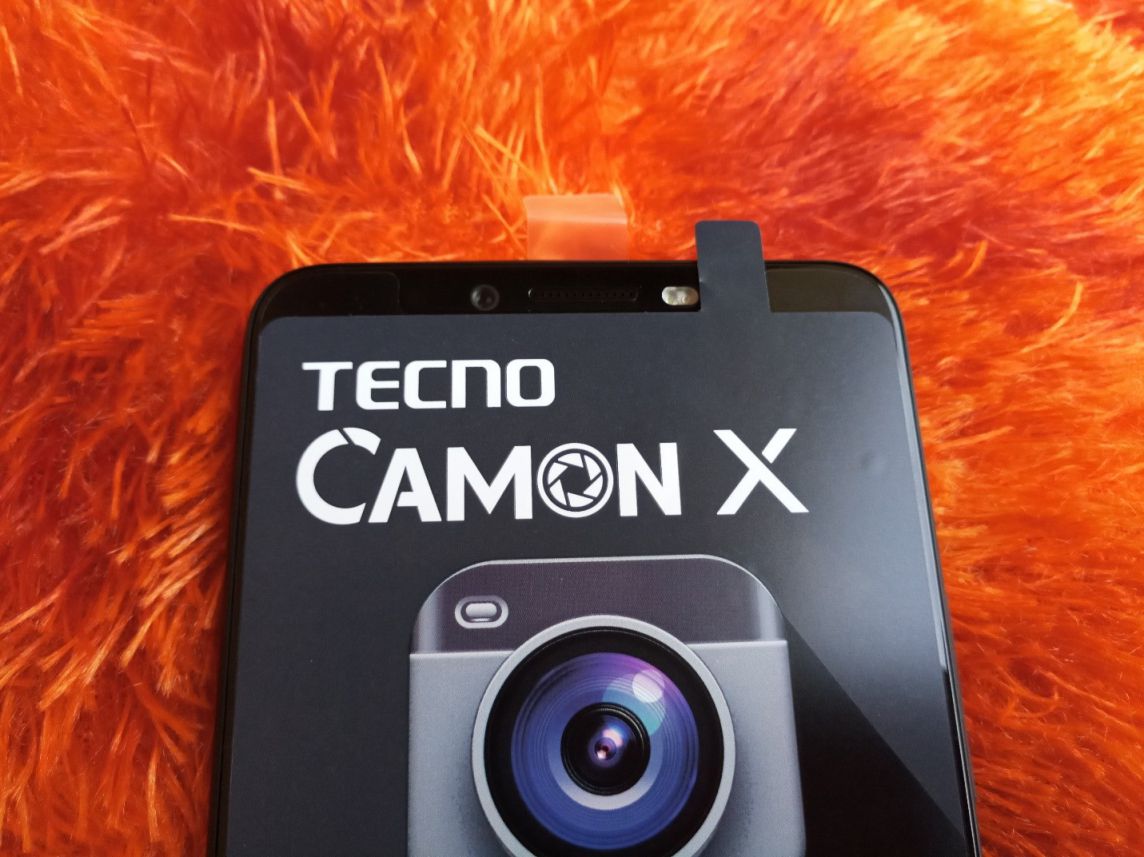 The Camon X has its multitasking, Exit and home buttons all on the screen. Apart from the fingerprint scanner, there is Face ID as well which according to TECNO is more secure than the Fingerprint scanner. The Face ID works pretty well and we are quite surprised how fast and accurate it unlocks the device. 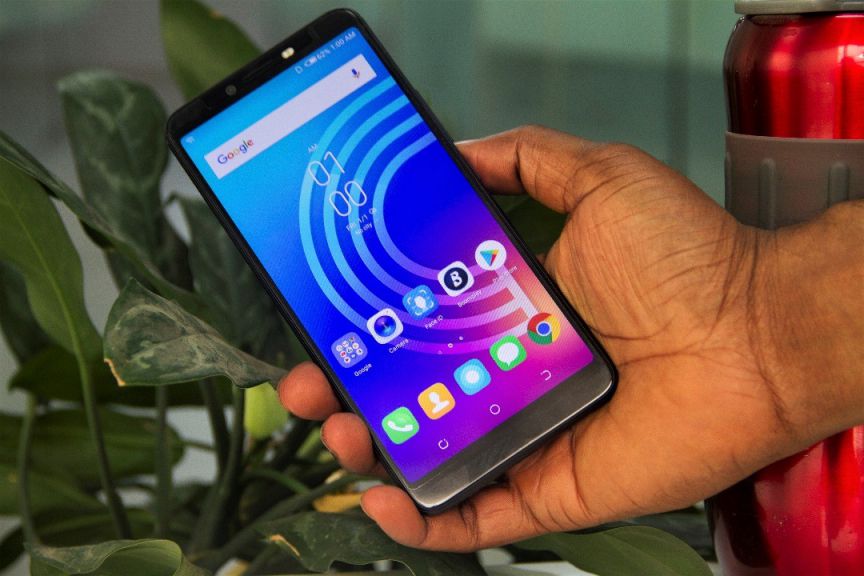 The TECNO Camon X is TECNO’s second smartphone with a full view display, with Camon CM being the first. The device is quite light in the hands which is something many smartphone users will like a lot.

The Face ID now replaces the eyes scanner that was used on the Phantom 6 and 6 Plus and is a lot quicker and accurate in unlocking the phone. The device is also powered a more powerful MediaTek Helio P23 octa-core processor alongside 3GB of RAM and 16GB of internal storage which can be extended to 128GB via a MicroSD card.

The Camon Series are known for their photography prowess and the new Camon X won’t be different. We will get to test this out in the full Review. The device will retail for around N58,900 and you can now pre-order the device starting from 9th April-11th April with an initial deposit of N2,000 across all SLOT shops, 3CHub and all TECNO exclusive shops across Nigeria.

Hoverboards are becoming essential for individuals living in towns, used as sports or means of transport. Hoverboards are considered the best transportation mode in...
Read more
Applications

Today, more and more children are using mobile devices. What's shocking is that adults are not monitoring what children are doing online. However, new...
Read more
Nokia Phones