Here is a video editor called VideoProc, It's a very good video editing software and most especially an alternative to most DJI software. Learn more! 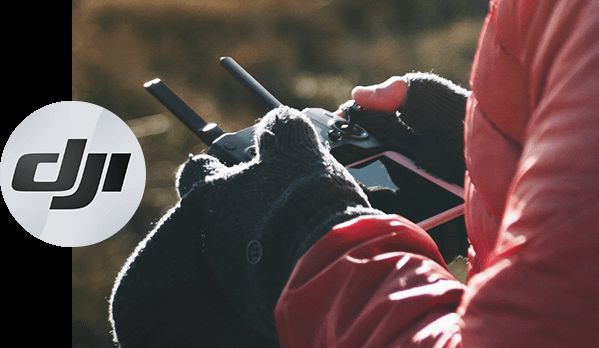 DJI videos are always a beauty to watch after recording, and there’s no doubt a video recorded with a DJI drone does come with high resolution. It’s cool though but there are some flaws that draw away perfection from DJI video.

These flaws are very noticeable when processing a DJI video and if you check on different websites, you’d see people talking about DJI Go App being laggy and doesn’t offer the features a standard video editor would give. DJI video editing software is and will always be recommended for any DJI drone users. But the reality is that it doesn’t meet demands.

And these demands are something I’ll like to talk about below. DJI drone video editor doesn’t come close to meeting the demands it’s users want and that doesn’t seem to be a fair treatment to how DJI drone users see and feel about the default video editing software.

If you check some of the key searches every DJI users are searching, you’d see results like how to process videos fast and all. Some of the needs every DJI users need are written below, and if you’re a DJI user reading this, you wouldn’t fail to acknowledge.

VideoProc video editor software is one of the latest video editing softwares out there, and I’d say it’s the coolest have seen in a while, with a high buying price like the popular video editors like Adobe or Corel Draw, you can get VideoProc for a less cheap amount and it has all the features you’ll need to edit and make a video super perfect.

There is a lot you can do with VideoProc, and even though its awareness isn’t as much as that of Adobe and other softwares, it can perform wonders on 4K videos, it can make your videos look very professional after carrying out an edit.

Some of its known features are what most DJI users need from DJI video editing software, but they’re all available on VideoProc, and you can use them to make your videos awesome.

The most amazing feature about VideoProc which I haven’t listed is the GPU Acceleration and I’ll like to talk about it below, it’s a rare feature that hasn’t been seen on any type of video editing software.

We all know most DJI videos are always in 4K resolution, and with VideoProc giving you a whole GPU acceleration on such videos, you shouldn’t worry about a wacky video outcome aftermath of an edit.

DJI videos are important for those who want to capture beautiful aerial views, it allows you to visualize scenes in a bird-eye view which can’t be captured easily without drones. With a mix of the right DJI drone video editor tool, you can be assured of your post-production works to coming out stunning. You probably shouldn’t miss out on getting VideoProc installed on your PC. It’s a very good video editing software and most especially an alternative to most DJI software.

Online photo editor websites make it easier for you to modify photos without the hassle of downloading mobile applications or PC software. I will...
Read more
Applications

Life without music is definitely not fun and tends to be boring. For this reason, music is always everywhere, from public transportation to the...
Read more