If you make videos with your Android device, mostly skit videos or Youtube videos, there's an easy way to get your videos edited. Read from the article below to know more.

Are you looking for the latest and best video editing apps for Android? You’ll find a list of the top applications to edit video on your Android smartphone. If you want to create or edit videos, these are the best ones out there.

Editing videos come in different ways, most times people like to use software to edit videos and I can tell it’s the most recommended method of editing videos. Editing videos with software requires using a Laptop, or a Desktop Computer, and it’s not everybody that has that even though they look cheap to get.

If you make videos with your Android device, mostly skit videos or Youtube videos, there’s an easy way to get your videos edited and it will be convenient for you. In this article on Naijaknowhow, I’ll be writing out the best video editing apps for Android users.

List of the Best Video Editing Apps for Android

These video editing apps can be used to edit any type of videos you have on your Android device, they’re very easy to use and offer a lot of conveniences.

PowerDirector is arguably the best video editing app you’ll find on Android, for me it’s the best because it will make your editing videos look like that of a professional, there is a lot this app offers in terms of features and functionality. If you’re looking for a video editing app that’ll let you apply video effects, use slow motions and reverse a video, then you should try getting PowerDirector, it’s also a good app to merge videos.

InShot is more than just a video editor app, it’s an app that has almost every feature you want from a video editor app. With apps like this around you surely don’t need to worry about getting a computer to edit or make videos.

You can use InShot to edit your videos and also use some of the free video editing tools it has, if you want to trim, cut, or add music to your videos, you can use InShot for it, there are tons of features you’ll find on InShot, it has over 4.8 ratings on Google Play Store and an app of such rating is considered to be very good and pleases its users. InShot is one of the best video editing apps every Android user should use for editing videos.

There are different features you can use while editing videos with this app, it’s very simple and has a good user interface. ActionDirector is one of the best video editing apps for Android users. 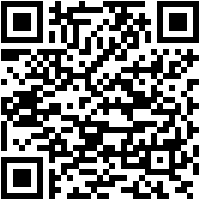 KineMaster has cool tools like multiple video layers, blending modes, voiceovers, chroma-key, speed control, transitions, subtitles, special effects, and so much more, its supports 4K videos with 30 FPS, and you can add speed control and also slow-motion effects, there’s a lot you can do with KineMaster video editor, it’s one of the best video editing apps on Android.

VivaVideo is another great video editor app and also a video merger app for Android devices, with this app you can make video skits, you can make picture slideshows and also add music to it playing in the background, there’s a lot you can do with this app. VivaVideo is very much popular just like other popular video editor apps out there, you can use VivaVideo to add music to texts and so much more.

VivaVideo has lots of features that make it one of the best video editing apps that’ll always be recommended for Android users, one reason why I like VivaVideo so much is that even when you make videos or edit videos of low quality, you can save the video to be in higher resolution, you can also share your videos easily from this app, VivaVideo is one of the best video editing apps for Android.

One of the few reliable video editing applications on a smartphone that you can try is GoPro Quik. This application is free and doesn’t have any annoying advertisements.

GoPro Quik offers edited video qualities in 720p and 1080p formats. In addition, there are 23 attractive themes with unique styles and transitions. You can also enjoy several other editing tools, such as crop, fast forward, slow motion, format choices, and audio addition. Once you’re done editing, you can instantly share the video results to your social media accounts.

Adobe Premiere Rush is still one of the best video editing applications to try, especially on Android smartphone devices. There are many cool features, ranging from drag and drop, cutting video duration, brightness, transitions, effects, sync to music, and more.

The cool thing is, Adobe Premiere Rush also provides an automatic video maker feature. So, you just have to enter the video and choose a template according to your taste. For those of you who want to try it right away, download it on the Google Play Store right now!

For beginners to professionals, it appears that both are familiar with this video editor application on Android called Video Show. Interesting features in the Video Show editing application can make your videos more eye-catching. You can also add text, image effects, sound, and even dubbing with your own voice recording.

With the Video Show application, you can reduce the size or compress the video, without reducing the quality of the original video.

Making or editing videos can be done easily if you have one of these video editing apps installed on your Android device, they’re the best at the moment and each app has its special features, take your skits, Youtube videos and any type of videos you make or edit to a whole different level, these are the best video editing apps for Android.