Sometimes we record videos on our phones, and we tend to make these videos short not because we can’t record lengthy videos, but sometimes to avoid making mistakes that might cost us to start recording the videos all over again, so it’s better to record videos like episodes.

After recording as many videos as we want, now how do we make this video files one? Well, it’s very easy and you don’t even need a computer to do this for you, you can easily merge videos together on your Android device, in this article on Naijaknowhow, you’ll get to see the best apps to merge videos together.

List of the Best Video Merger Apps for Android

These apps are video editors, but you can as well use them to merge videos, which is also seen as editing as well, these apps have good reviews and ratings, which makes them the best.

I couldn’t think of a better app if not InShot, not directly saying it the best but it’s one of the best and I’m sure almost everyone knows this app. Well, InShot is more than just a video editor app, it’s an app that has almost every features you want from a video editor app. With apps like this around you surely don’t need to worry about getting a computer to edit or make videos.

You can use InShot to merge or join videos together, this feature does make sense and anytime you merge videos with InShot, it doesn’t kill off quality and instead, it makes it even better. InShot is one of the best video merger apps for Android users and also a great video editor app as well.

VivaVideo is another great video editor app and also a video merger app for Android devices, with this app you can make video skits, you can make picture slideshows and also add music to it playing in the background, there’s a lot you can do with this app. VivaVideo is very much popular just like InShot or any popular video editor apps out there, you can use VivaVideo to add music to texts and so much more.

Quik is a video editor app that’ll let you merge videos, this app merges videos like magic, you can use Quik app to make and edit videos as well and it has a wide range of features that’ll make you love using this app to merge your videos and its very easy to use. Quik is one of the best free video editor apps out there.

If you want to merge videos on your Android device, Quik is a good app to use and also one of the best video apps for Android users, use it to merge your videos for free.

VivaCut is a video editor app that’ll let you edit videos like a professional and also merges videos like a pro too, this app supports 4K editing and merging of videos, you can use it to edit and marge any type of video you want, its free to download but for you to unlock some of its amazing features, you’ll need to pay for those features to be unlocked. VivaCut can be used to change video background and also edit videos from any source.

It’s one of the best video merger apps for Android device users, you can use this app to merge your videos and make it look very professional, its features are amazing and it is a well-developed app with a clean user interface. 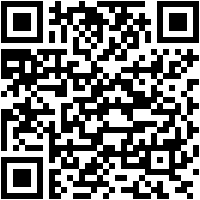 These are the best apps you’ll find around when it comes to merging videos on Android, meanwhile there are different apps that edits and merges videos too but I don’t think they’re up to the standards of these selected apps, you can merge your videos with them and also edit videos with them as well, they’re the best video merger apps for Android.