Create avatars easily on your android device, in this article you'll grab more insight on the best avatar maker apps to make the perfect cartoon avatar image on Android.

Avatar images are images formed to appear like an animation or a 3D toon, they’re very much different from images made from sketching or editing. If you want to make your pictures appear like an avatar, there are ways you can achieve that.

Either you do that from a computer or you pay a graphics designer, but you can easily tho all this stuffs from your Android device, and thanks to the development of photo editing apps, you can easily make avatar images of yourself by yourself.

List of the Best Avatar Maker Apps for Android

If you use Snapchat often, you might be familiar with Bitmoji, it’s an app that comes with a lot of features and it makes the Snapchat moment look more awesome most times. With Bitmoji you can make creations of your emojis, it also has large numbers of stickers you can use when having a conversation. There is a lot you can do with this app though

Bitmoji can also let you create avatar images, you can create expressive avatars, it’s really fun creating avatar images with this app, it’s one of the best on Android and it has many things you’ll need to make the perfect avatar images you want.

You’ll surely fall in love with this app, and if you’re a female I’m sure you gonna love it more cause yeah it’s more like it was made for females. Face Cam lets you create 3D avatars in video format, I don’t think there’s a debate on how good this app is and the amazing things it can do.

With Face Cam you can record yourself and turn it into a 3D avatar and also you can use the features and tools this app has, if you want to make expressions of yourself in animated format, then you should get this app installed on your Android device, there are lots of filters available to use and numerous facial expressions. This app is one of the best avatar maker apps for Android users. Every avatar maker apps have one or two things that makes them different and being different means there’s is something they offer and you wouldn’t find on other apps. Cartoon Avatar Photo Maker app is very much different from most of the avatar making apps I’ve listed, with this app you can do a lot, you can use it to edit an already created avatar image, it has so many stickers that’ll make avatar images look amazing.

Cartoon Avatar Photo Maker is a good app for making fake picture’s and there are different functions found in this app and they’re free, you can make or edit an avatar image on this app and apply different effects, it’s one of the best avatar maker apps on Android. Factory for Avatar is a very simple app to create avatar images, its functions are much girlish and that makes it an app that’ll let you make avatar images of females other than males, nevertheless, it’s a good app to make avatar images, this app has some cool features to use on avatar, you can use some of its features like changing hairstyles, eyebrows and many more.

If you’re looking for a good avatar maker app to use on your Android device as a female, then you should consider getting Factory for Avatar, it’s one of the best apps out there for Android device users. Creating your avatar is now easier with PitzMaker, it’s an awesome app to make avatar images, you can make avatars from the default avatar images provided in the app and edit them to match your facial look. There are many customization tools to use in this app and you can also take a picture of yourself and turn it into an avatar image.

With PitzMaker you can create avatars and make them look awesome by adding different colourful items, there are lots of designs in this app and you can use them for free, you can also add speech balloons to your avatars, making it look like you are talking or saying something. PitzMaker is one of the best avatar maker apps for Android devices. On the list is another fantastic avatar maker app for Android users, this app lets you create your cartoon avatar and it’s just like the ones I’ve listed above. There’s a lot you can do with this app, aside from cartoon avatar, you can also create facial expressions as well, this app has a lot of materials you can use for free, different faces, different addons. 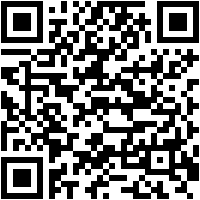 Making avatars on your Android device will become something easy henceforth cause having apps like these around, there’s nothing else you need, you just need to pick the one you have an interest in and use it to make your avatars, if you’re looking for the best avatar maker apps for Android at the moment, you should install one of those.