Best Apps To Play PC Games on Android Without PC (2022)

With the cloud gaming apps that have been listed in this article, you'll be able to play PC games on your Android device without using a PC.

You searching for apps to play PC games on Android is quite normal because these days no one has time to sit down and play games on PC, rather than that, most people take these PC games on the go and thanks to the cloud gaming service providers out there.

The stress of downloading PC games isn’t something most gamers are prepared for and while it’s also hard to afford a standard gaming PC, one could improvise on a different alternative rather than being stuck.

In today’s article on NaijaKnowHow, you’ll get to know a list of the best apps to play PC games on Android without having to use a PC.

The only way you can play PC games on your Android device is via cloud gaming apps, these are not emulators, they’re more of simulators and you can read more on the difference between Emulators vs Simulators. With that being said, let’s take a look at the best apps to play PC games on Android, they’re just a few.

The Steam Link app is designed to work with your Steam account, which you’ll need for the other two programs. It’s a free app and it’s one of the best ways to play any game that isn’t available on mobile. Just connect your phone via Bluetooth or WI-Fi and you’re good to go. You can also use a controller if you want an even more immersive experience, but there’s no need since the touchscreen works just as well. The only disadvantage is that your phone may overheat if played for too long, so make sure to give it a break every once in a while.

Steam Link has received different negative comments from different users, but the best way to enjoy this app is only when you have a very fast internet connection because PC games do require a lot of data. Steam Link is one of the best apps to play PC games on Android.

The Loudplay app is available on Android for free and lets you play the full version of your favourite PC games from your Android device. It is compatible with Android 7.1 and higher, it also comes with a bunch of features such as gamepad support for dual-stick shooters and RPGs, automatic reconnection when your connection is interrupted, and powerful in-game chat.

Loudplay will let you download and stream games from different platforms like Steam, Origin, Epic Games and so on and while it’s one of the best cloud gaming apps on smartphones, Loudplay is only available in a few countries in the world, if you’re across Europe, you’ll be able to use Loudplay without issues, it’s plans and pricing are considerable and it has unique features, very easy to use and doesn’t disappoint. Loudplay is one of the best apps to play PC games on Android without using a PC. 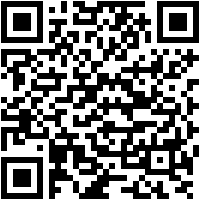 The Netboom app is an all-in-one solution for playing PC games on your android phone. It is the only app that supports full mouse and keyboard control, so it provides a much better gaming experience than other touch-based solutions.

The app offers a wide variety of free mobile PC games and is available for download in the Google Play Store. Netboom has a lot of features and if you’re looking for the best cloud gaming apps where you can play games like GTA Games, Adventure Games, Action Games and even Horror Games, then it is Netboom. The app offers free games and the only way you can enjoy your playtime on Netboom is when you buy time to play games, you don’t need to buy games, you only need to buy the time to play them. Mogul Cloud Game is an all-in-one cloud gaming app that’ll let you play not just PC games alone, you’ll be able to play console games like PS4 and even play PPSSPP games on your Android device. The app supports more than 10 different games from different platforms, it’s one of the best cloud gaming apps out there and it’s a perfect simulator for simulating console and PC games.

Mogul Cloud Game is one of the best apps to play PC games on Android, the app is free to download but you’ll need to register for an account and then subscribe to playing hours. Gone are the days when playing PC games was a bit stressful and due to the cost of buying games and downloading them on PC, developers created a possible solution to play PC games without stress and that’s what we’ve seen with these apps that’ll let you play PC games on your mobile device like Android.