Are you looking for the best game launcher apps to improve the gaming experience on your Android device? If yes, then you’re in the right spot to get the list of good game launchers out there.

Game launchers are Applications on Android that offer an improved gaming experience, especially on a laggy device, with these apps, you can run games faster on your Android device, some of them are good background app killers for getting more speed while gaming on Android.

In today’s article on NaijaKnowHow, I’ve decided to handpick the best game launcher apps for Android devices, you can also check out some of the best game boosters for PC if you’re experiencing lag issues while playing games on your Windows PC.

List Of The Best Game Launcher Apps For Android

The listed game launchers all have similar features and they’re free to download. With these apps installed on your Android device, your games will be arranged in a simple place and when you launch a game from these launchers, the launcher will help you improve the speed by closing other apps that are running in the background.

Game Booster is a top contender. If you’re looking for a launcher that has the full suite of capabilities, then this is the best one for you. It’s essentially like an IOS interface on your android phone with all the features of customization, games and app icons you could want.

Game Booster is free, it’s worth downloading just to see how amazing it would be and how easy it would make gaming easy for you, it’s one of the best game launcher apps for Android devices.

Also Read:  Best Outfit Planner Apps to Help You Save Time in 2023 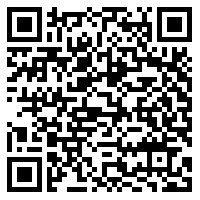 Game Launcher offers simplicity and gives an ultimate performance on games that are being played on Android, this app is one of the best out there and it has cool features, you can use Game Launcher to boost performance on your Android device, it also comes with a Screen Recorder and it has other features like light and dark mode.

Game Launcher is very easy to use and it also detects games installed on your Android device and put them together in one folder, it’s one of the best out there and it’s free to use. 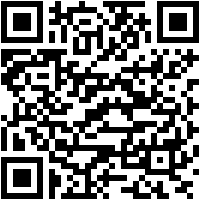 Different launcher options offer a lot of flexibility when it comes to deciding how your phone is laid out and which apps you want to prioritize. This launcher has built-in features to keep your games running at their best and block ads from free games so that you can play them longer.

You may want to try this Launcher, which is free and has cool features. It also offers a lot of customizability through different themes, although you will have to upgrade from the free version if you want access to all of its features. 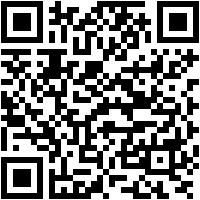 Nova Launcher is one of the best launchers on Android and while it has plenty of features, it also comes with a game launcher that’ll let you play games differently on your Android device. The Nova game launcher fixes game lags on Android and it also helps in improving pings when playing battle royale games like PUBG and Fortnite.

Also Read:  How to Uninstall System Apps on Android Devices

Gaming on Android has always been easy with Gaming Mode, and it’s a premium app that’ll give you all the features you’ll need to enjoy a better gameplay experience on your Android device, this app is very easy to use and it has plenty of features. It optimizes speed and also blocks incoming calls when playing games on Android, it can also disable auto-brightness and whitelist apps from notification blocking.

Gaming Mode is free and it also has some paid features that’ll let you explore the full potential of the app, it’s one of the best game launcher apps for Android and it works perfectly. Game Booster 4x Faster Pro is the ultimate game launcher/game booster app you need to download on your Android device if you’re the type that plays high-end games and wants maximum performance and graphics, this app boosts ram and it also optimizes game speed. It also comes with a GFX tool for tweaking game graphics and also unlocking extreme FPS.

It also has an auto gaming mode that’ll restrict background apps and also block incoming calls on Android, it has a HUD monitor that’ll show you Memory Load, Storage Load, Temperature and Network Latency while you game on your Android device. These are the best game launcher apps out there for Android users, these apps work perfectly and while some of them are free, you’ll need to pay before unlocking full features in others.

Best Side Hustle Apps to Earn Extra Income in 2023