Fortnite is one of the best battle royale game at the moment, it has competitors in terms of gameplay and features. This article covers the best Fortnite alternatives, in case you don't like Fortnite that much.

Here is a compilation of the best Fortnite alternatives for android, iOS and Windows users, these are the best out there. Fortnite battle royale is an open-world first-person shooter game, available across different platforms and also one of the trending games since 2018. In Fortnite you can play a solo, duo or squad, it’s a battle royale game where you fight to be the last man or last team surviving.

Fortnite comes with a lot of features and also costumes that’ll make you enjoy playing the game whether it’s on your Android device, iOS or Windows. Fortnite is a good game but unfortunately, its availability is scarce across most Android devices, it is not free to download as well, therefore, people always want to get an alternative for it, a game with some similarities.

List of the Best Fortnite Alternatives for Windows / iOS / Android

These games are so far the best in terms of comparison with Fortnite, they are very much addictive and some are even fun to play compared to Fortnite.

Apex Legends is one of those games that draws similarities with Fortnite, though they’re both different games entirely but have similar features. Apex legends is a team deathmatch type of game where 60 players are set to battle on an island. You can play solo, duo and squad mode on Apex legends and you can easily communicate with your teammates as well.

The big difference Between Apex legends and Fortnite or other games that will be listed here is that Apex legends let you play FPP alone (first-person perspective) and in terms of inventory during gameplay, Apex legends beat all. This game is only available on Windows, PS4 & Xbox One, it is also free to download and a perfect alternative to Fortnite. 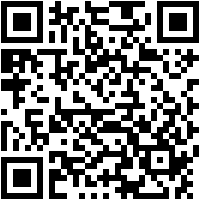 PUBG or PUBG Mobile is the ultimate competitor to Fortnite, and their differences are set to be no match as people rate PUBG to be the better battle royale game instead of Fortnite. In PUBG mobile 100 players are matched together and sent to an unknown location, survival and kill is one of the hobbies every player must adapt to while on this island.

PUBG mobile lets you play solo, duo, and squad mode and it has different game modes like zombie mode, war mode and also arcade and sniper training. You can play PUBG mobile on almost every Android device and also play its lite version on low specs Android devices. This game is available on Android, iOS, Windows, PS4 And Xbox One, it’s one of the best games that overshadow Fortnite. 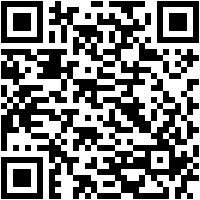 Rules of survival shorten as ROS, this game is another battle royale game just like PUBG Mobile and Fortnite, but Rules of survival is entirely different in terms of matchmaking before that battle starts, over 150 players can be matched together and enjoy a nonstop moment of intense battle. You will definitely find Rules of survival very much addictive and it is compatible with almost every android device running OS version 5.1 and above.

You can play Rules of survival on Android, iOS, and Windows. If you are looking for a game that has almost all the features of a battle royale game, then you can always consider Rules of survival to be your favourite and also a perfect Fortnite alternative. 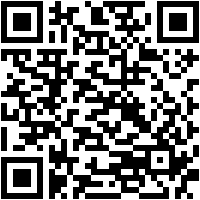 Knives out is another battle royale game like Fortnite and co, the theme is no rules, just fight and fight till the last standing team is crowned winners. This game features 5 man team and hundreds of players on the battlefield, If you want to try something different from Fortnite or can’t play Fortnite, Then Knives out is the perfect game to keep you company.

Knives out have varieties of guns and maps to play with it, this game runs smoothly on any device played on, Fortnite might be bulky and cause your phone to lag, Knives out offers something different. This game is available on Android, iOS, Windows, and PS4. 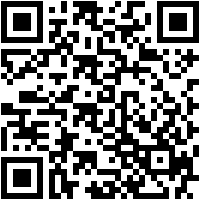 Call of duty mobile is another first-person shooter game that offers multiplayer mode as well, Prior to its development, this game was said and expected to rival the likes of Fortnite and PUBG Mobile, though it did at some certain point after a series of development to its beta test version which can be played using a VPN connection.

Call of duty mobile is a game developed with scintillating graphics, and has different locations to experience a nonstop battle, you can play this game freely on your Android and iOS device, but you will need to download it from the official website, it is currently under development and not available for download on app stores at the moment.

You might have overheard CSGO somewhere, well CSGO generally means Counter Strike Global Offensive, It’s another first-person shooter multiplayer game and an alternative to Fortnite when it comes to battle games on Pc, CSGO has 9 different game modes and that includes the battle royale mode too.

CSGO is the perfect game that demonstrates the art of tactical shooting, it is free to download and will cost you no penny, This is one of the best Fortnite alternatives. You can only play CSGO on Windows, Play Stations, Xbox 360 and Mac OS.

Ring of Elysium is another multiplayer online game, it was released in 2018 and so far it has won people’s heart in terms of its development, features and concepts. Ring of Elysium features 60 players who will do anything to stay alive, it has 2 different locations in it and so far its battle royale is still in season 2. If you are looking for a perfect Fortnite alternative, then you should consider getting Ring Of Elysium.

Ring of Elysium can only be played on Windows PC, you will love everything about this game and it doesn’t really need any special PC specs before you can play it, one of the best Fortnite alternatives to give a try.

Real royale is one of the newest battle royale games on the net, it’s widely regarded as the prime competitor to Fortnite in terms of development and features, but it still has a long way to go in certain areas. This game has amazing graphics and its characters are one of a kind. If you really want to see a game that is very close to Fortnite, then you should try playing Realm royale.

You can play this game only on Windows, PS4 and Xbox One, its availability to mobile devices is still uncertain, but there are talks of potential development for mobile users.

Islands of Nyne is one of a kind, sci-fi-based online multiplayer game that comes with amazing gameplay and cool features. The big difference between Islands of Nyne and Fortnite or other games listed is that. This game is solo based and lets you battle alongside 49 unknown players and the last standing player takes the ultimate price.

Islands of Nyne is only available to Windows users and it doesn’t really need a high-end pc to get the best of it, this game is a perfect fit to replace Fortnite on your list of battle royale games for low-end PC.

Z1 battle royale comes last on the list, and coming last doesn’t make it worse or better than the games listed above it, Just a numbering thing though. Z1 battle royale draws similarities with other battle royale games we have in this article, you can play solo, duo, squad or a group of 5 players. You will be matched with over 100 players and only the last standing team or player takes the winner’s title.

If you want to experience some intense battle royale action, then you should try playing Z1 battle royale. This game is only available to Windows and PS4 users only, a good alternative to Fortnite.

These are the best compilation of Fortnite alternatives, and believe me, there is no better battle royale game out there than the ones you have seen here. If you want to see battle royale games on a different level, then these games are there to give you the experience you need. There’s no better Fortnite alternative out there compared to the ones here.

Best Travel Apps in Nigeria for Android and iOS (2022)

Best Travel Apps in Nigeria for Android and iOS (2022)