Chess games are always one of the best board games to pass time, if you love playing them, you can even play them conveniently on your Android device, you'll find the best chess games for Android in this article. 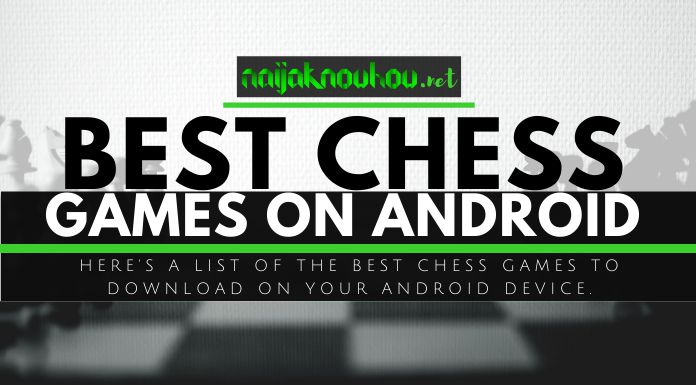 Chess is one of the best board games people like to play, even before the invention of smartphones and computers, Chess was said to have been around about 1500 years ago. But the chess we all play now is a bit different though it’s still the same playing style as the chess played 1500 years ago.

In this article, I’ll be listing some of the best chess games you can play on Android, with these apps you can play chess with friends online, they have cool features that’ll make the game very fun for you to play.

Chess becomes very easy when you understand how it’s being played, it’s a tactical game where you have to beat your opponents by throwing some mind games towards them.

Chess · Play & Learn is one of the best chess games out there and it’s very cool when you play chess online with this app. With over millions of active players online, you can take on online challenges and see how good you’re at chess battle. You can also learn about playing chess if you’re a newbie, this app will give you lessons and some videos to learn how to play chess.

There are over 50,000 puzzles for you to solve, play online by challenging real friends and also make skill adjustment and many more, this chess game has a lot of features and its one of the best chess games to play on Android.

Also Read:  Best Screen Recorder Apps for Android with Audio 2020
- Advertisement -
Also Read:  5 Important Android Apps That Are Not On Google Play Store And Where To Download Them

Chess Free is a free chess game you can play on your Android device, it’s one of the best chess games too and it’s awesome when you play chess game on this app. You can play and also learn with this chess game, it’s a perfect app to upgrade one’s skills on playing chess, there are about 12 levels for you to play in and also it has different modes you can play depending on good you’re.

This game has a lot of features and you can also play 2 player hot-seat and play against friends online, you can easily save your games and also export it anytime you want to use it on a different device.

Chess Tactics Pro takes a different dimension from other chess games and if you’re looking for a chess game that has a lot of challenging puzzles, then you should try playing this chess game on your Android device. It’s a chess game that requires you to be as smart as you can be,  it needs internet id you want to play daily puzzles and you can play offline puzzles as well.

Chess Tactics Pro has a good user interface, you’ll every time spent on playing chess on this app, it’s awesome and also one of the best chess games you can play on Android. You also have options to customize the game how you want it to be, while playing chess with friends or computer, you can listen the relaxing music that’ll play in the background. Real Chess 3D is one of the best chess games to play on Android. DroidFish Chess is one of the best chess games and I prefer this above others because of the features it has, this game has a very simple user interface and it makes it easy for players to play conveniently, it also has features like colour themes, one-touch moves, two-player mode and also there is option to edit the board you’re playing on.

DroidFish Chess is very light, but it features as the coolest I’ve seen from a chess game on Android, it’s one of the best chess games you can play on your Android device.