Best Periscope Alternatives for Android in 2021

Periscope is an app developed to make a live broadcast of what's happening around you, but other apps do better than it. Read more from the article below

Periscope is an app developed to make a live broadcast of what’s happening around you, with this app you can broadcast anything directly from your Android device, it has a lot of features and also it’s an app developed by Twitter, so this makes it an interesting app to use.

But if we look into Google Play Store, we’ll find different apps that offer live broadcast just like Periscope, some of these apps are great for video calling as well and if you use an IOS device, you’re lucky to have Facetime and for Android users, there are alternatives to Facetime though.

In this article on Naijaknowhow, I’ll be writing about the best Periscope alternatives for Android users, if you want to make a live broadcast on social media, apps like Periscope are being used, but for a quality experience for you and your viewers, I found some better apps to use.

If you have Youtube application on your Android device, there’s a lot you can do other than watching videos on it, and for me its like one of the best apps to make live videos and also earn money, You can make live videos when you own a channel on Youtube, it also lets you apply rules to how viewers view your live broadcast.

It’s free to use and quite different from Periscope, and as we all know Periscope offers in-app purchases, limiting some options unless you pay to get them enabled for you, so for me I think Youtube is a better alternative to Periscope.

TikTok is a popular app for making funny videos, and I can tell you its one of the busiest app nowadays and you’ll find almost every Android and IOS users watching and downloading videos from TikTok, if you want to make meme’s or want to talk about things through videos, you can always use TikTok.

If you don’t know about live broadcasts on TikTok, well I’ll tell you that it offers live broadcasts as well, you can create a live video of what you do most and share with your friends or fans, TikTok offers more broadcasting opportunities than Periscope, it’s a good alternative to it.

Camfrog is an app that’ll allow you engage in group video conversation, this app is another great way to make friends online and from the few time spent with it, I realize it has lot of active groups where you can join a live video broadcast, its just like Periscope but a bit different from it, there is a lot you can do with Camfrog.

You can make your own private video group chat and connect with your friends on it, you can add friends and also share your live broadcast with the public, this app will connect you to different users from different countries, it’s one of the best alternatives to Periscope. 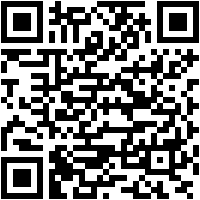 The Facebook app also offers live video broadcast between groups and channels, you’ll find most game streamers streaming their favourite games on Facebook and also engaging with their viewers through the comment section, with Facebook app you can make live videos and also watch live videos on the go, it has a lot of features that seem very nice and easy to use.

Making live broadcasts on Facebook is very easy, you can decide to broadcast your self to your friends alone, or you can make watch party broadcasts in groups and group members can watch, and engage comments easily, it’s one of the best Periscope alternatives for Android users.

These are the best apps that work and outperform Periscope, there are lots of apps which I have failed to list though, but for a better experience, I can only list the ones I’ve had one or two moments with.