HMD Global revives the classic Nokia mobile phone. After Nokia 3310 and Nokia 8110, it is now the turn for the Nokia 5310 to be reborn. Learn more! 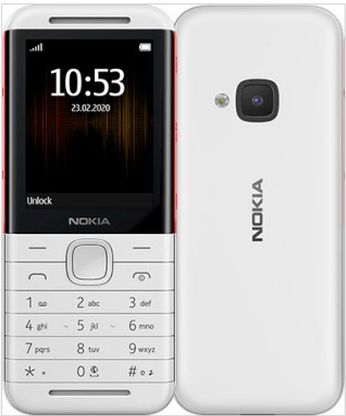 HMD Global revives the classic Nokia mobile phone. After Nokia 3310 and Nokia 8110, it is now the turn for the Nokia 5310 to make a new version, to be reborn.

In the past, the Nokia 5310 was a music phone called Xpress Music. That characteristic is still maintained in the new version with the music control button on the side.

The Nokia 5310 Reborn has an MP3 player and stereo speakers on the front. Then the internal memory is 16MB which can be expanded with microSD up to 32GB. FM Radio Receiver is also available.

There is a standard 3.5mm headphone jack and Bluetooth 3.9 for those who want to listen to music with a wireless headset.

The screen is 2.4-inch QVGA with Candybar keypad in the style of an old-fashioned cellphone. The design is similar to the original version of the Nokia 5310.

- Advertisement -
Also Read:  The #OnlyGadgetYouNeed: Step up your creativity with the new Nokia 8.3 5G and Nokia 2.4

A 1,200 mAh battery capacity powers the Nokia 5310 reborn. Then there is the VGA rear camera.

This handset can only support 2G networks and is planned to be marketed in several regions starting in March. The price is around 39 euros or in the range of ₦15,000.

In a world where every individual doubles as an on-the-go content creator and content consumer, you need a smartphone that aids your creativity and...
Read more
Nokia Phones

HMD Global released a number of new Nokia phones, and one of them was their first 5G phone, the Nokia 8.3 5G.
Also Read:  The #OnlyGadgetYouNeed: Step up your creativity with the new Nokia 8.3 5G and Nokia 2.4
In addition, they...
Read more
Nokia Phones

HMD Global announced another sleek smartphone today - the Nokia 2.3. The smartphone is targeted at the entry-level sector with features that meet the...
Read more