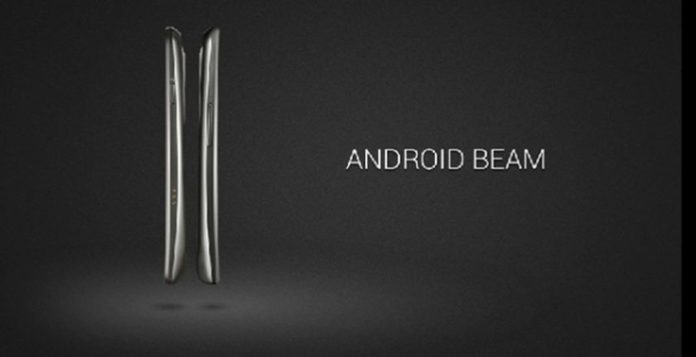 Android beam just as its title suggests is a simple tech that can be used to “beam” files to other people at close range. You can share videos, photos, and documents to friends and family with this feature.

To use Android beam, you need to first check if your phone has a Near-field Communication (NFC) hardware. If you don’t understand what this implies, don’t worry, just read on.

How To Check for NFC Hardware And Android Beam Your Smartphone

Android Beam is a feature that has been part of the Android OS right from Android 4.0 (Ice Cream Sandwich) version, so unless you are using a really old phone, your phone should more than likely be running on Android 5.0 lollipop at least. Before you continue with this tutorial, check for your Android version under your settings menu, probably in “About phone”.

If you are running on a version lower than lollipop, then check for system/software update and install the update if there is any.

The next thing to do is to check f your device has an NFC hardware. This is really important as some devices do not have this feature or even if they do it may have been turned off by your phone’s wireless carrier. You need to make sure your device and your friend’s device both support NFC for Android Beam to work.

Gratefully, to check for these two features on your device is quite simple. All you need to do is to go to the ‘Settings” area of your phone or tablet, tap “More” in the Wireless & Networks.

Enable NFC and wait till you see the “ON” and “OFF” slider permanently stays at “ON”. Check to make sure Android Beam is working too by going to its specific feature in the settings menu and turning it on if it’s not on already. 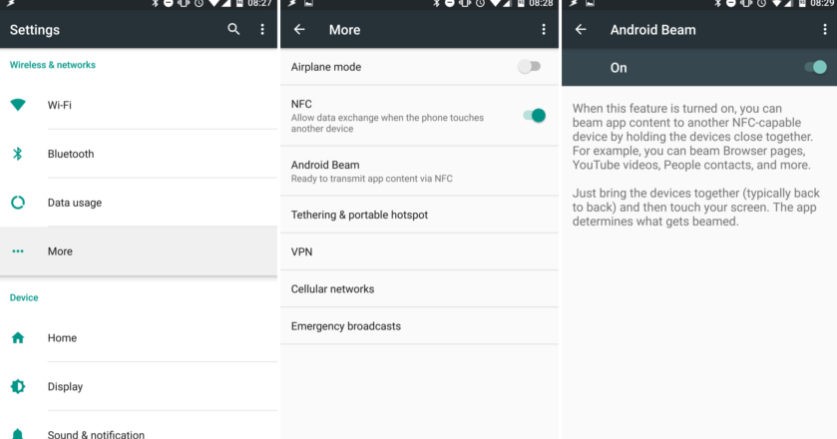 Time To Do File Transfer

Let’s assume both devices that will be used for transfer now has Android Beam And NFC working and ready. Let’s begin the file transfer, all you and your friend have to do is to place the two devices back to back against each other. Check the screen of your phone, if the content you want to transfer can be moved to the other phone, you should see a “Touch Beam” option at the top.

Then, touch the two screens and using NFC and a Bluetooth connection, selected contents like photos, videos and documents will be quickly transferred from your phone to the other device. After the transfer, you will get a notification sound which will vary in tone based on the success or failure of the operation.

How To Conserve Phone Battery Life To Make It Last

What is S Beam?

I have decided to add this just not to get you confused. S Beam is a similar technology like the Android Beam. The major difference is just that S Beam uses the NFC hardware to make file transfer over WiFi Direct connection instead of Bluetooth in Android beam. This technology came enabled on old Samsung Smartphones like the Galaxy S3. It is supposed to be faster than the Google Android Beam.

You may be wondering why you should go through all these stress when you could simply use Xender, Flashshare or any other file sharing app out there. Even Whatsapp may be one of your best bet.

Well, you are right but there is still something kind of cool about just touching two phones to make a quick transfer. Plus, If you are having troubles with the WiFi or wireless hotspot features on your phone or you don’t have enough data to gamble on file transfer on social media apps, then why not give this a try?

If you have used Android Beam in the past or you’ve just tried it after reading this tutorial, share your experience with us and let us know if it worked for you or not.