NAIJAKNOWHOWTECHNOLOGY BLOG IN NIGERIA
Home Android How to Install Mobdro on Android TV Box in Just a Few...
AndroidTech Tutor 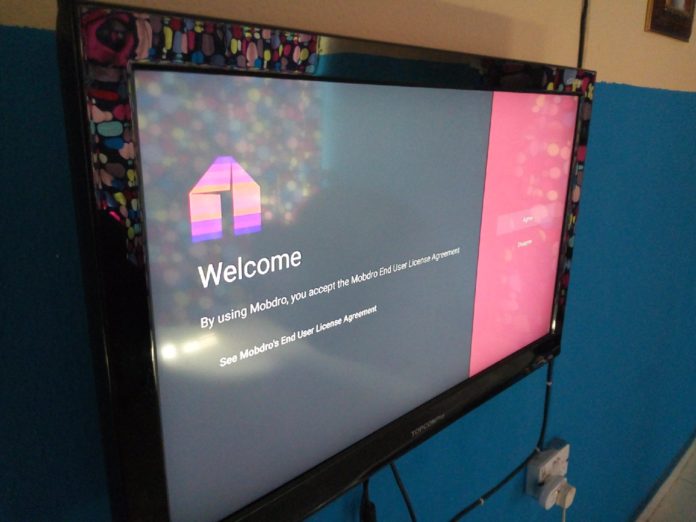 Have you been finding it hard to install Mobdro on Android TV box?

Oh yeah, I finally figured it out.

If you are familiar with the Android TV box, you’d notice that there are a couple of boring live stations/streams (except YouTube) especially for those who want to watch football on their televisions.

If you are a soccer enthusiast just like me, then the Android TV box apps aren’t the answer to your lack of streaming live games.

The question now is, how can you watch more captivating live streams, movies, sports, entertainment and more?

Well… I’ve been having issues trying to install Mobdro on Android TV box since I acquired one on Gearbest but I have finally discovered how you can go about that in just a few clicks.

To those who don’t know the purpose of this article, I will break everything down into bits for you to digest and get along with it.

What is an Android TV box? 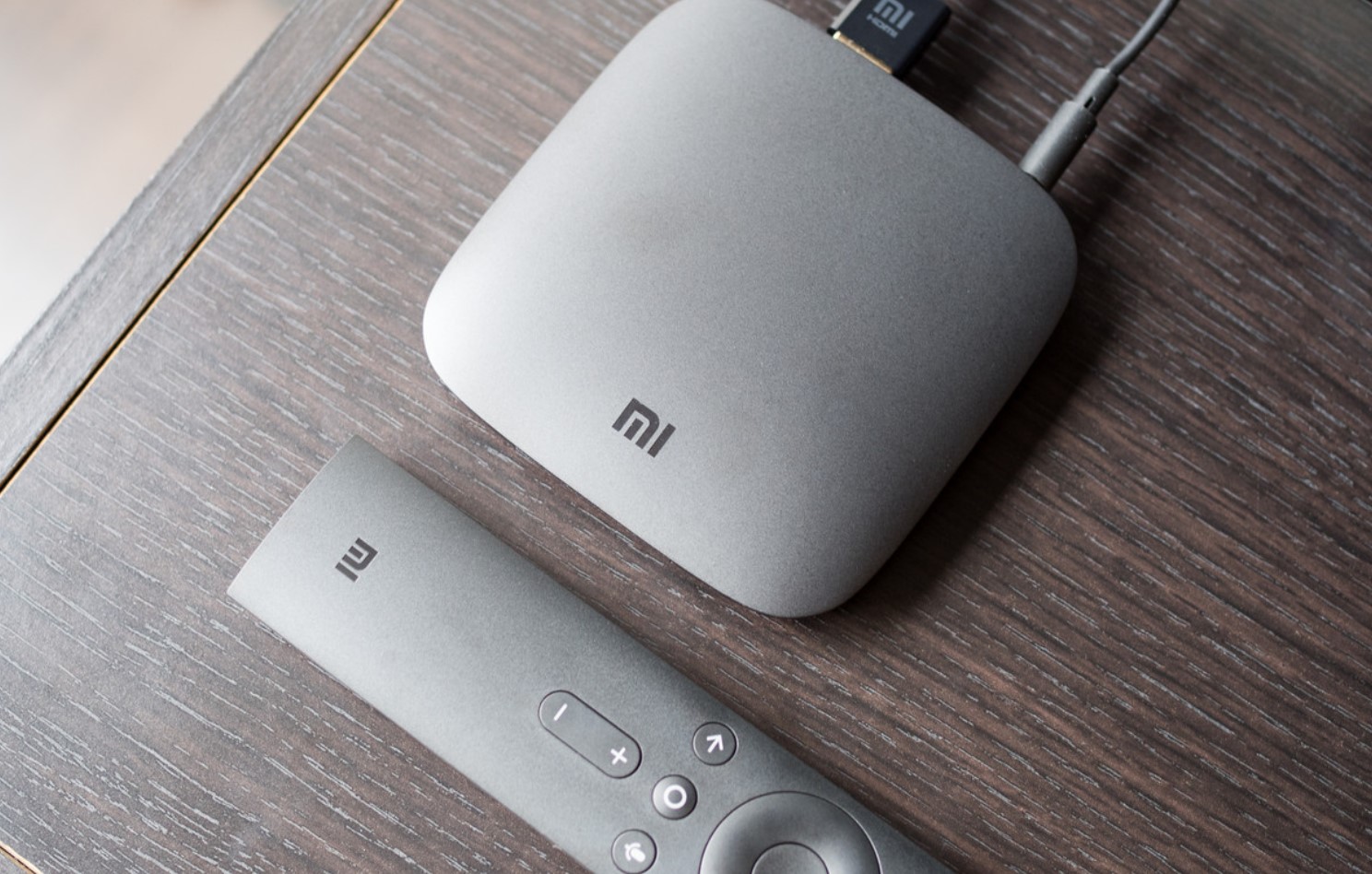 An Android TV box is simply a TV box running the Android operating system. This is the same operating system as the one running on your smartphone, tablet and millions of other devices throughout the world.

To make it clear for a layman…

An Android box is a device that allows you to turn your TV into a smart one. It runs on Android OS and it basically needs a TV screen to cast.

Imagine your phone without a screen, just plain android. So that TV box needs your screen (TV) to function. Connecting it to your TV requires the use of an HDMI cable.

The guide isn’t for those who already do not know what Mobdro is. What I did in this article is to teach you how to get Mobdro APK installed and used on your Android TV Box.

Normally… It comes with pre-installed streaming application… I hope you get now?

Here is a pack I unboxed months ago:

All you need to do… plug the HDMI cable in both the Android box and your TV HDMI ports, turn it on… and boom, your television instantly transform into a smart TV. The remote control is used to navigate feature, apps and settings when it’s active.

Quite a lot seem to see this device as an alternative to buying satellite decoders such as DSTv, TSTv, Startimes, GOTv and others. But the truth is, if you can’t convert this Android TV box into a more complex decoder alternative, then it’s of no use!

Where to buy an Android TV Box

Android boxes are as low as $20 and way over $100, it all depends on your own budget. If’d you ask for my opinion buying, I will say go for the Xiaomi Android TV Box, they are really nice with some of the best specifications out there (Click here to check out this Xiaomi Android TV Box on Gearbest, it’s only $67 and that’s the one I am currently using).

Perhaps, you can find more budget friendly TV Box using the buttons below:

SHOP ON GEARBEST
SHOP ON JUMIA 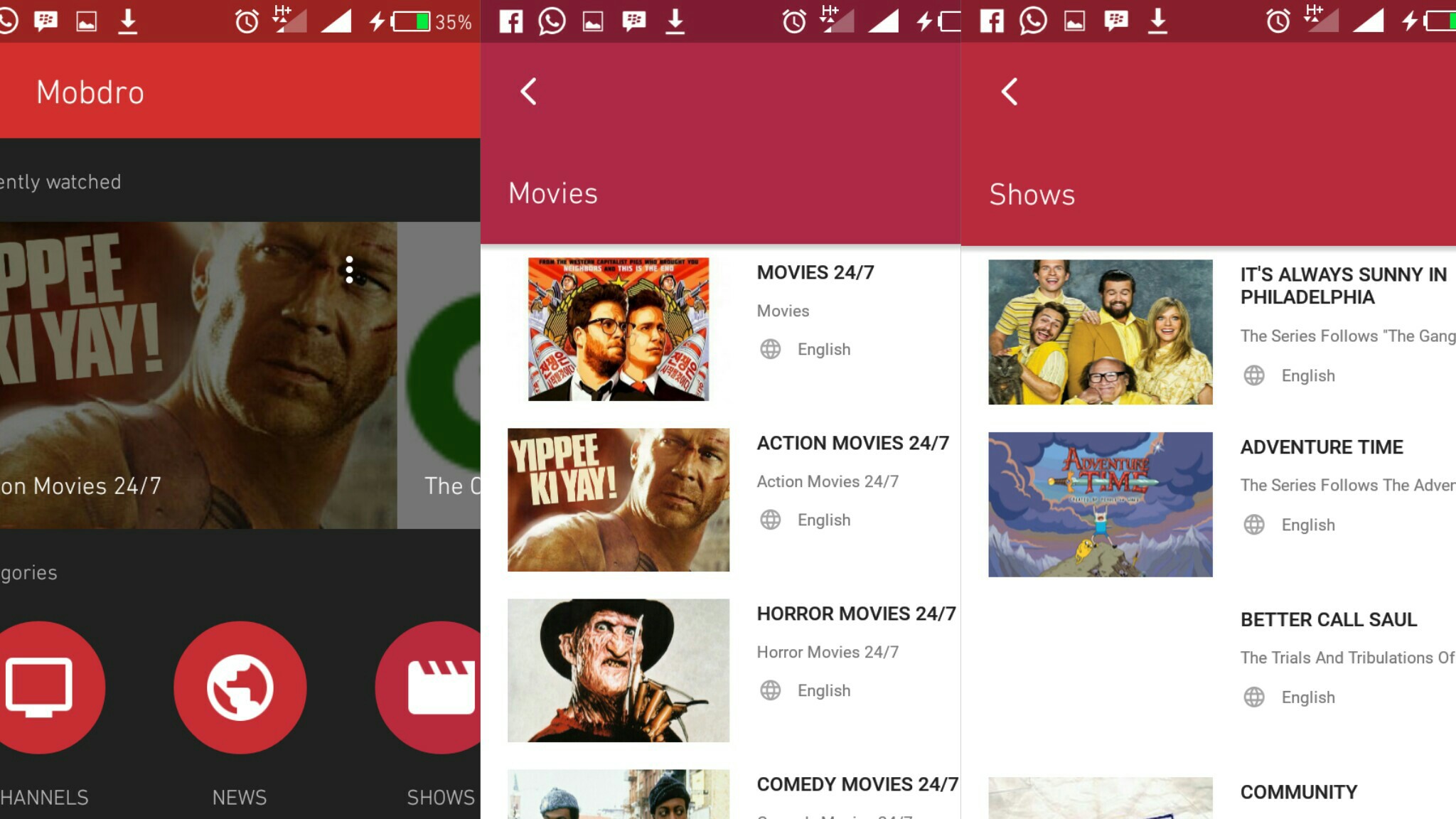 Mobdro, on the other hand, is a mobile application for Android that enables you to stream major stations without paying for a subscription (totally free), on a norm, these stations are only exclusive to satellite television networks such as DStv, GOtv, Startime, StrongTV, and more.

This is a device that has helped me streamed live football matches and other stations on the go! 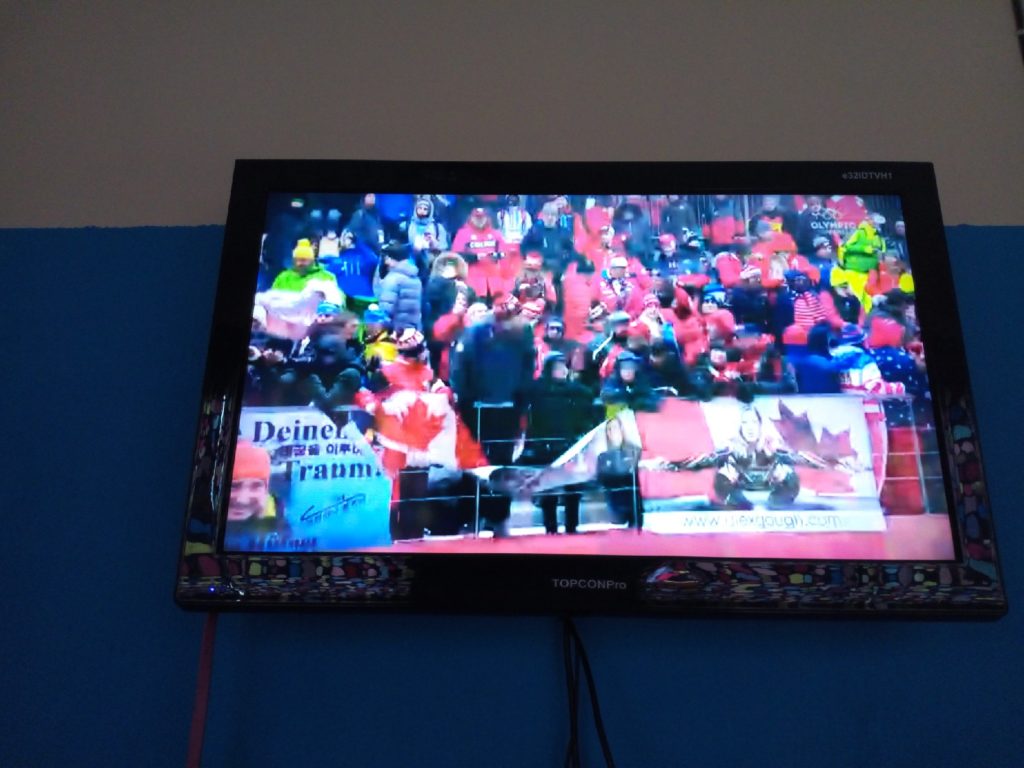 Let me say upfront that streaming Live TV channels for free with Mobdro is legally questionable. Therefore, do so at your own risk or protect yourself with a good VPN. Moving on, setting up Mobdro on Android TV Box is as simple as downloading an APK file and opening it to install.

So let’s see how it’s done on the Android TV Box. 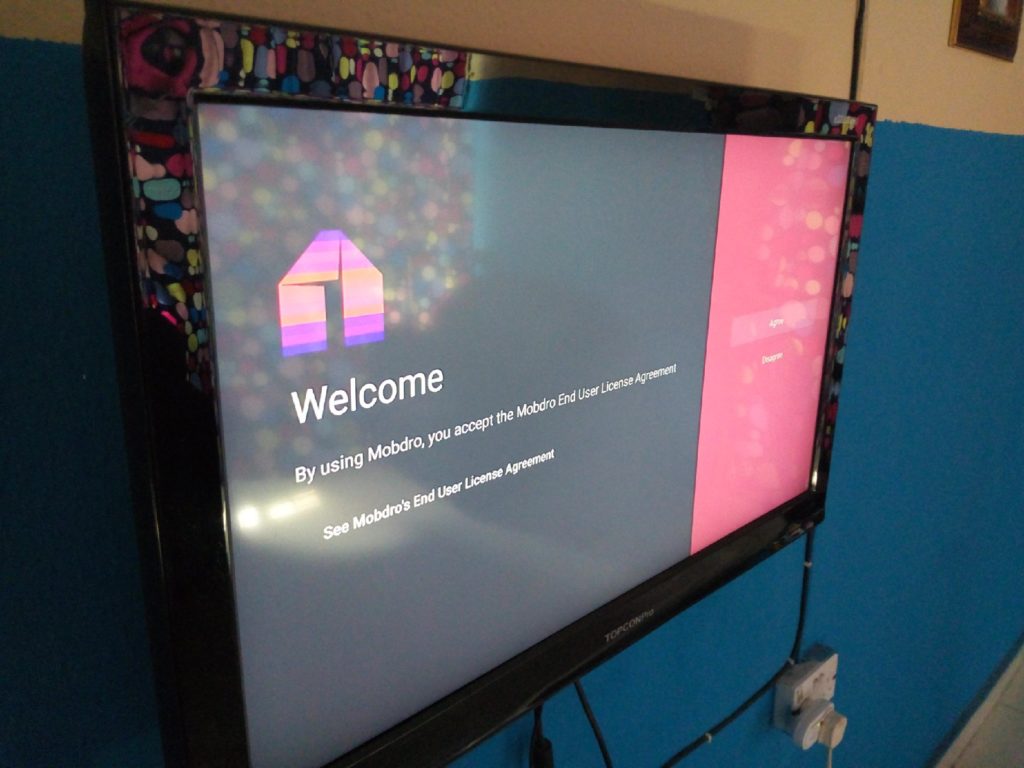 How to Install Mobdro on Android TV Box

The first step here is to get this application on your android smartphone. Mobdro APK is not available to download on Google Playstore, so here is a guide I have previously covered on how to download it on your smartphone.

Go through that article before we proceed to the next step.

After you have downloaded Mobdro on your smartphone, make sure you can locate where the Mobdro APK file was saved.

At this point, I want to believe you have installed ES File Explorer on both the devices.

There are two possible ways you can install Mobdro after step 3 above… The first is using ES File Explorer and the other is using Xplore file manager.

The second method actually worked for me.

This final step was a bit tricky because I wasn’t able to install the received APK from my ES file explorer.

So here is what I did. Remember we also installed the Xplore APK as well. This should come in handy for this last step.

Warning: Streaming on Android TV Box is highly data consuming and it’s advisable not to connect with a limited mobile bundle.

READ: Click here to check out the best data bundle for unlimited browsing. 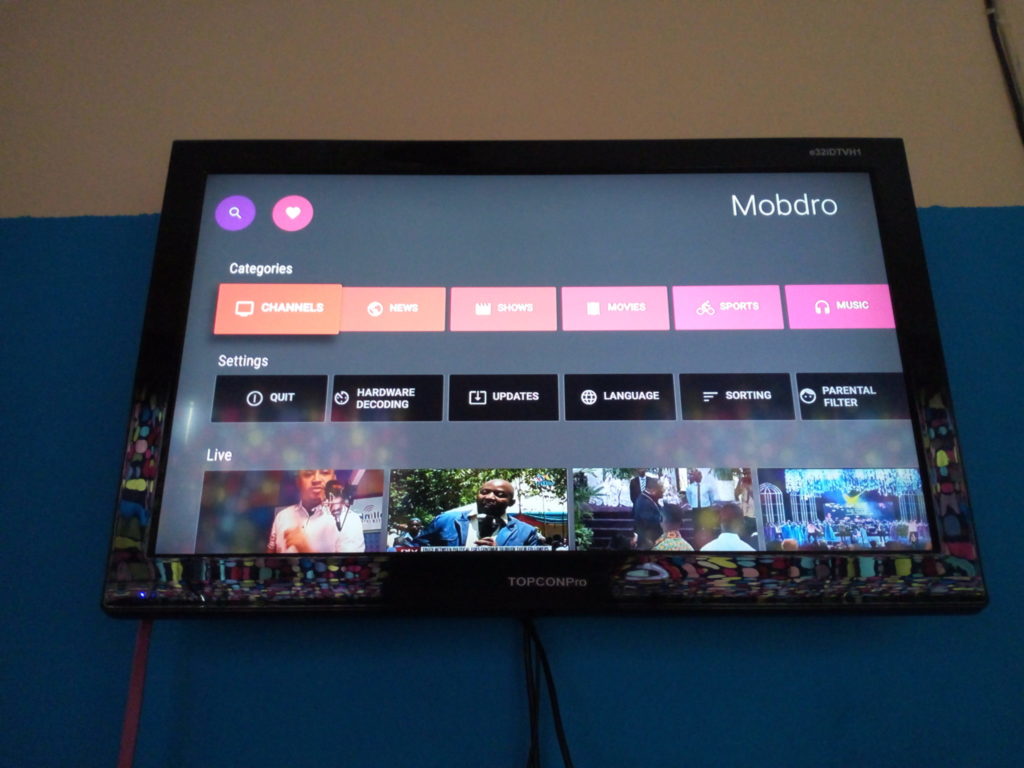 Congratulations, I hope this guide helps someone out there to download and install Mobdro on Android TV Box. 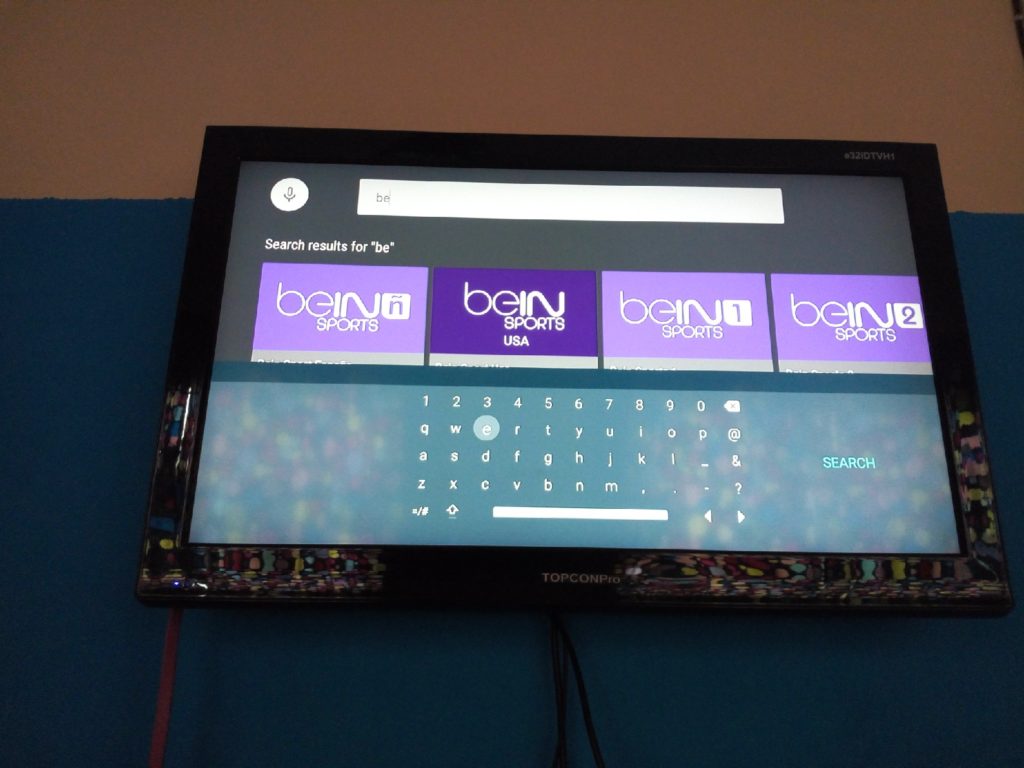 If you find this helpful, please don’t hesitate to share this content on your social media page to help someone out there install Mobdro on their Android TV Box.

In case you experience a glitch, please drop your question using the comment box below.

On December 1, 2020, Qualcomm announced the presence of its newest flagship chipset, Snapdragon 888. In this virtual event, which is called the Qualcomm...
Read more
Android