Xiaomi Is Finally Coming To Nigeria, Scheduled For April 24!

The long wait is over as Xiaomi is preparing to move into Africa's most populous smartphone market. Learn more! 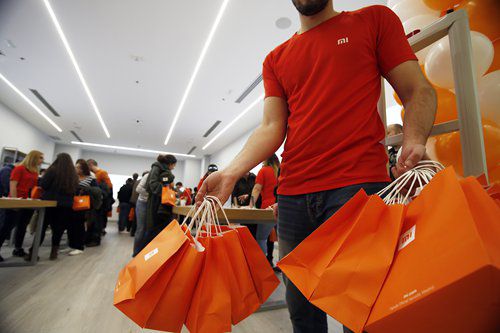 The long wait is over as Xiaomi is preparing to move into Africa’s most populous smartphone market.

Xiaomi in an attempt to rival top smartphone brand, TECNO and Infinix have decided to officially launch operations in Nigeria this month. Xiaomi is a Chinese smartphone manufacturer founded in Beijing in 2010 by Lei Jun. The reason for the establishment was that, according to Jun, high technology does not have to cost a fortune.

Xiaomi to launch in Nigeria

Xiaomi took to their official Facebook page for Nigeria to present this announcement with an image showing an upcoming product launch in Lagos on the 24th of April. This was completed with the caption, “The wait is over. Xiaomi is finally officially coming to Nigeria on April 24. Extraordinary things are about to happen soon. Want to join?” 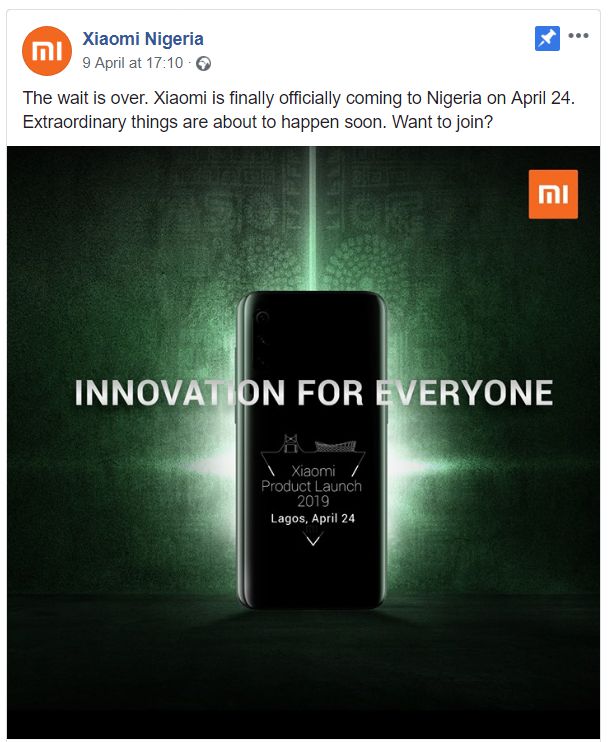 Reading through the comments, some Nigerians already expressed their optimism and expectancy.

Here are some of the comments: 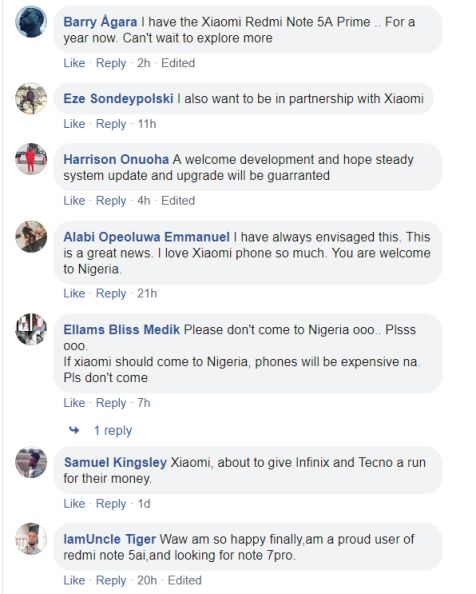 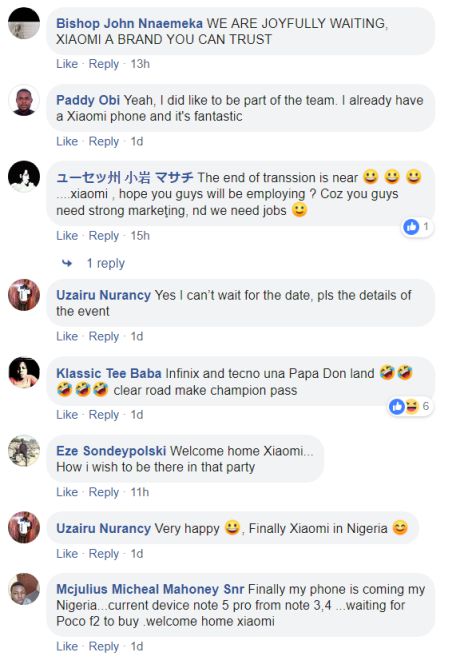 In 2011, the telephone brand introduced its first telephone, the Xiaomi MI1. This device was such a success that the company decided to continue in the production of smartphones. That worked out well because in 2016 Xiaomi was the fourth largest smartphone manufacturer in the world. Sadly, Xiaomi smartphone market share doesn’t cut through Nigeria as the likes of Samsung, TECNO, Infinix, itel and Apple have commanded the smartphone market.

Nigeria has a market that would blossom for the company in line with its objective. However, they’re going to be faced with stiff competition as Transsion has owned its share of dominance in Africa.

According to the report published by Canalys on Twitter, TECNO shipped a total of 2.8 million phones in Q1 2018, while iTel and Infinix shipped 2.0 million and 1.0 million devices respectively. The total combined smartphone shipment for TRANSSION HOLDINGS now stands at 5.8 million against 3.4 million of SAMSUNG. They jointly control more than 38% mobile phone market share in the first quarter of 2018.

Can these numbers be altered by Xiaomi?

Will there be an official Xiaomi repair center?

One of the biggest hurdles for these phone brands that have to lead to many packing up is their lack of support centres (for repairs). Whatever Xiaomi does, they have to set up service centres all around the country knowing that Nigeria is a huge market for them.

What do you think about Xiaomi coming to Nigeria? Do you think they’re can battle it out with TECNO and Infinix?